7 in 10 think children should live with both parents

Seven out of 10 people believe it is best for children to grow up with both their natural parents, a report on family breakdown found yesterday.

A similar number count the fragility of millions of families as one of the country’s most serious problems, it said.

The scale of public worry about the impact of breakdown on children, and on the wider problems of poverty and crime, was charted by the Centre for Social Justice, the think tank founded by former Tory leader Iain Duncan Smith.

Mr Duncan Smith and a like-minded group of Tory MPs and peers have been pressing ministers to do more to support marriage, encourage fathers, and remove the rules that penalise couples from the tax and benefit system.

The new report was based on a series of polls designed to test the strength of public feeling on family breakdown and released in advance of the Tory conference.

Only one in six unmarried cohabiting couples will stay together until their children reach the age of 16, and the cost of family breakdown in benefits, education and NHS spending has been calculated at £48 billion a year.

The first CSJ poll, conducted by ComRes, found that 72 per cent of people agree that ‘family breakdown is a serious problem in Britain today and more should be done to prevent families from breaking up.’

The survey, carried out among just over 2,000 people, also found that 69 per cent think it ‘important’ for children to live with both parents.

A second poll, carried out simultaneously by YouGov among 1,665 people, said that 81 per cent think that ‘stronger families and improved parenting are important in addressing Britain’s social problems.’

It said that nearly nine out of 10, 87 per cent, think it important for children growing up in poverty to have a strong family life. 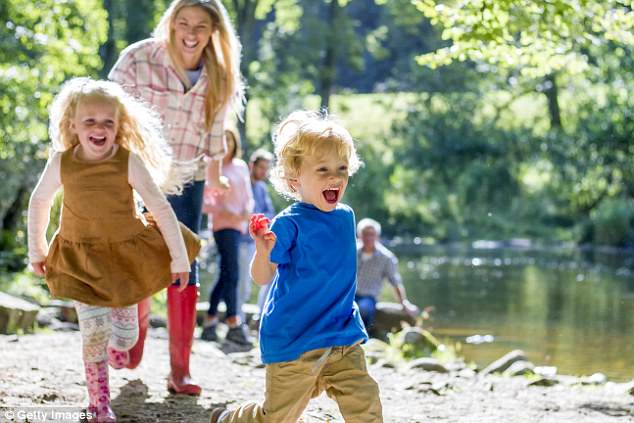 A third poll, carried out online by Bounty.com with 1,658 replies, said that nearly nine out of 10 say it is important for children to grow up with both parents, and that nearly two thirds of single parents – 62 per cent – agree on the importance of two parents.

Eight out of 10 backed a tax allowance for married couples – including 57 per cent of lone parents – and 91 per cent backed the spending of public money on strengthening families and helping poor parents.

More than seven out of 10 in the ComRes and Bounty polls said the Government should support married couples.

Frank Young of the CSJ said: ‘This polling busts the myth that backing families in our fight against poverty has gone out of fashion. There is big public support for any politician willing to be up front about the important role family plays in reducing poverty.

‘They think it’s best for children to grow up with both parents, think governments should give tax breaks to married couples, and they welcome politicians who say stability matters for children.’

Mr Young said: ‘In almost every other area of policy, especially health and education, prevention is considered a priority, and we need to take the same approach to family breakdown.’

Theresa May in her election manifesto in the spring departed from David Cameron’ s earlier pledges to support the family and the institution of marriage.

Last month Mr Duncan Smith, who was Work and Pensions Secretary until March last year, expressed frustration with apparent lack of interest in family breakdown in Whitehall, when he condemned rumours that state spending on relationship counselling is to be curbed.

Earlier this month 44 Tory MPs, including three former Cabinet ministers, called for bigger tax breaks for married couples and for school pupils to be taught with evidence of the benefits of marriage.