The reality star, 33, filed papers in Nevada on Friday to end the marriage, along with an affidavit of resident witness and a request for issuance of joint preliminary injunction.

The move comes after Lima was arrested late Thursday for domestic battery after allegedly getting into a physical altercation with her husband in their Las Vegas home.

Split: 90 Day Fiancé’s Colt Johnson, right, has filed for divorce from Larissa Dos Santos Lima after violent fight and arrest; the two are seen on the TLC show

The 32-year-old reality star initially posted grisly photos showing a deep cut to her face and scratches all over her body, but police at the scene allegedly determined the injuries to be self-inflicted, according to TMZ.

Law enforcement sources told the website that her husband bit his nails, and therefore likely could not have made the scratches all over Larissa’s side and back.

They also determined that most of the blood spatter was on her. Colt would have been expected to have splatter on himself had he caused her injuries.

Court records show Dos Santos Lima was arrested twice before in Las Vegas, in June and November, on a similar misdemeanor charge. Both cases were dismissed.. 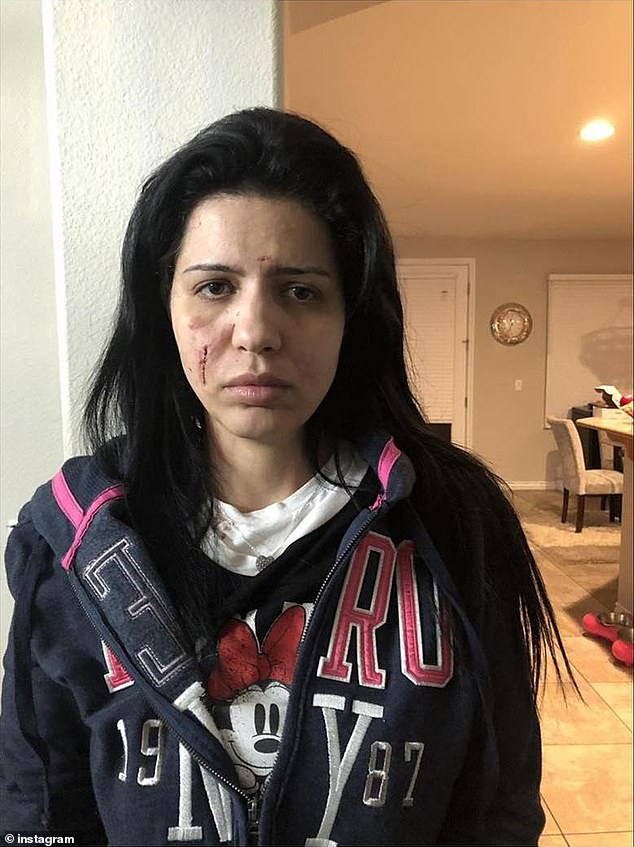 Self-inflicted? Lima, 32, shared photos of herself with bloody cuts and scratches on her face and body, which police now believe were self-inflicted, according to TMZ 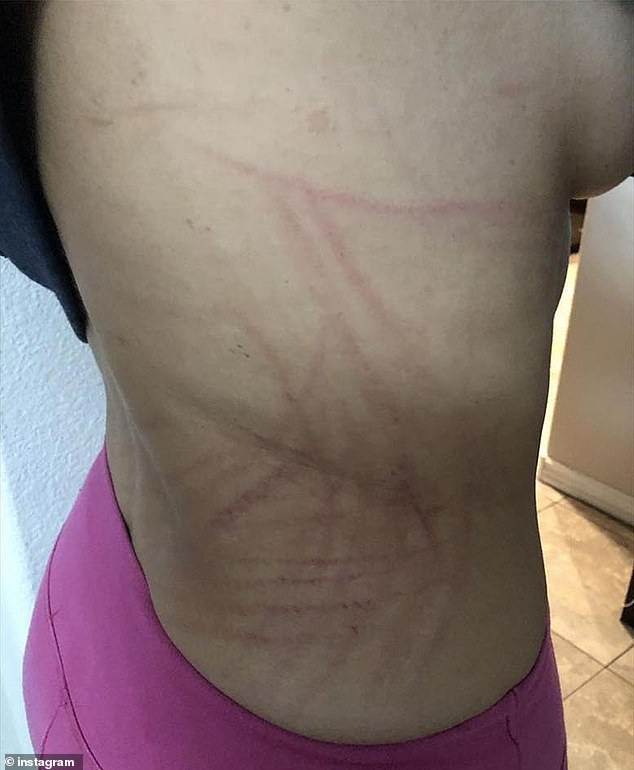 Self defense: Larissa claimed she had scratched her husband during the fight because he was hurting her, but police believe her own scratches were all self-inflicted due to Colt’s nail biting

According to The Blast, after her arrest Lima tried to raise money for her bail through a GoFundMe account. The GoFundMe page notes the TV star needs to raise $5,000. Her bail is $3,000 and the extra $2,000 is presumably for legal fees.

A photo of Colt displaying a bloodied mouth was also posted on a blog created by a fan of the show.

The 90 Day Fiancé star has a ring of dried blood around his lips and seems to have a cut below his front teeth.

Dos Santos Lima and Johnson are featured on the TLC show 90 Day Fiance.