Harrowing audio has been released of Sherri Papini’s husband’s 911 call when he realized she had been kidnapped.

Keith Papini had just returned to his Redding, California, home on November 2, 2016, to find his wife missing and her phone lying by the side of the road with a clump of hair still attached the headphones.

Sherri, who was snatched while out running near her home, was found beaten, branded and dumped by the roadside three weeks later. She described her attackers as two Hispanic women, but male DNA has since been recovered from the clothes she was wearing when she was found.

The 911 recording has been released after news broke that Sherri had been texting with another man before her kidnapping. 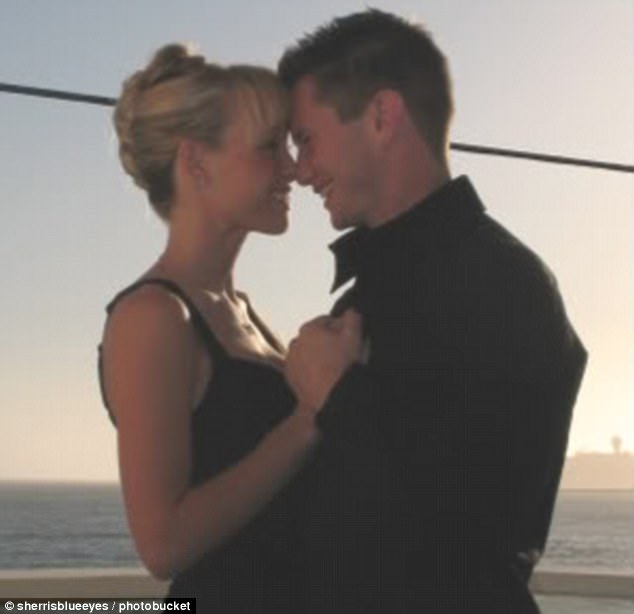 Cops investigating her disappearance had discovered Papini’s texts and tracked down the man in Detroit, Michigan on November 9 – a week after she disappeared.

However, no arrests were made and the man has not been named. Police have not commented on the specifics of the Detroit investigation.

On the day she went missing, Sherri’s husband said he had first become concerned about her whereabouts when she stopped answering her phone.

When he discovered she hadn’t picked the kids up from daycare, he flew into full blown panic. 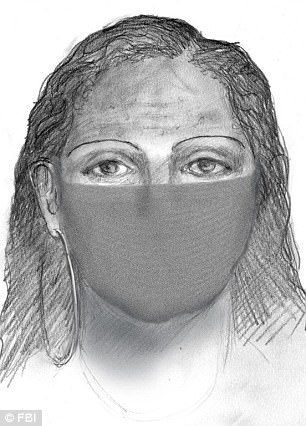 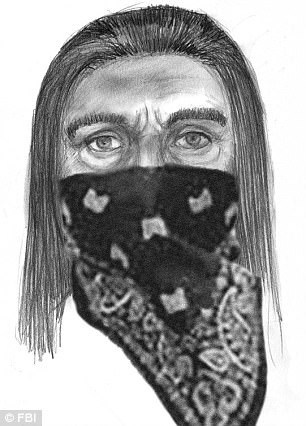 New sketches of Hispanic suspects accused of kidnapping and beating Sherri Papini are released after ELEVEN months. The first woman (left) is aged between 20 and 30 years old, about 5 feet 5 inches tall, with curly dark hair, thin eyebrows and pierced ears. The second (right) woman was 40-50 about 5ft 7 in tall, with long, straight black hair with some gray in it 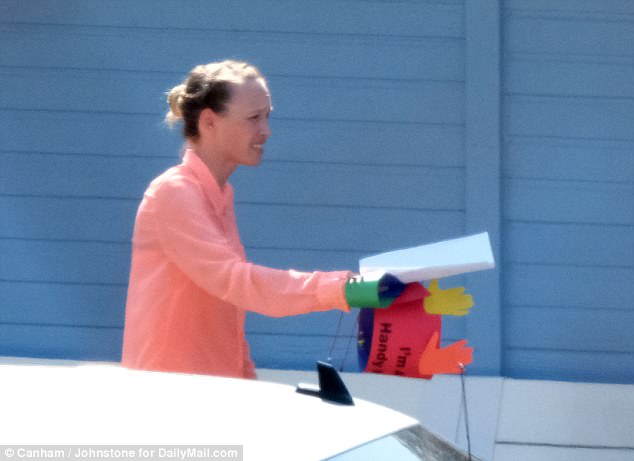 Rare sighting: Sherri Papini was spotted in a rare venture outside of her Shasta Lakes home to  pick up her two children from daycare last month, nearly a year after she was kidnapped

‘I couldn’t find her, so I called the day care to see what time she picked up the kids. The kids were never picked up so I got freaked out, I hit the Find My iPhone app thing,’ he said. ‘I found her phone; it’s got like hair ripped out of it, like, in the headphones.’

He said the last time he had heard from her was a message asking whether he was coming home for lunch. He replied: ‘Sorry long day.’

Keith told officers that his wife had only recent started running again and that she would have most likley been wearing athletic clothes when she was taken.

‘Something happened to her is the way I’m looking at it. There was hair, like, in the headphones, like it got ripped off when they grabbed her,’ he added.

The mom-of-two has been living as a recluse since the horrific ordeal last year and it’s only recently she has recovered enough to be able to describe her attackers to a forensic sketch artist.

‘It has taken time for Sherri to recover to a point to be able to provide accurate details to the sketch artist,’ the Shasta County Sheriff’s Office said in news release. ‘The sketches then needed to be finalized and approved for release by the FBI.’ 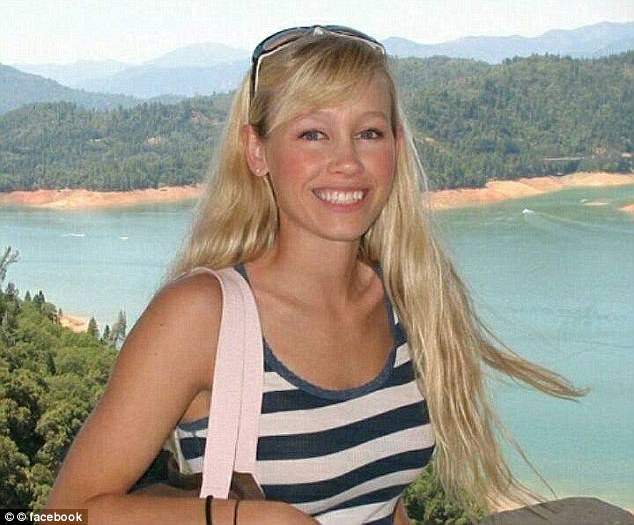 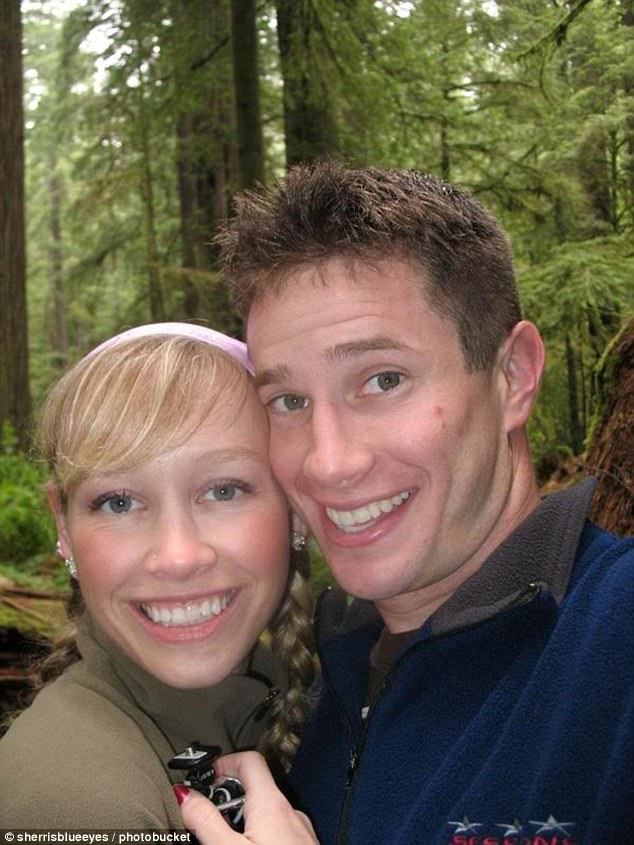 Male DNA was found on Sherri Papini, pictured with her husband Keith, when she was dumped on a highway on Thanksgiving morning last year, police say. She had said that her kidnappers were women

She told police that her kidnappers, both Hispanic women, had taken care to cover their faces but she was still able to describe them in surprising detail.

Anyone who recognizes either woman is urged to call the police.

Papini said the women were driving a dark-colored SUV with a ‘large rear side window’ when she was abducted.

‘Sherri continues to look at photographs of various makes and models of SUV’s in an effort to provide a more detailed description,’ the sheriff’s office said.

Papini disappeared while she was out jogging near her home in Redding, California, on November 2, 2016.

Her phone was discovered a mile away at the intersection of Sunrise Drive and Old Oregon Highway – neatly placed on the ground and with the headphones tidily wrapped around it.

Keith, who said at the time that his wife would never leave him or their children voluntarily, also launched an appeal – a GoFundMe account raising cash to pay for the search.

Managed by his sister Suzanne, who now lives in Long Beach, California, the Bring Sherri Home Safe appeal eventually raised a total of $49,070 – just short of the $50,000 goal. It is not clear what has happened to the money.

Papini was eventually found 150 miles away in the 452-person town of Yolo, which is approximately 15 miles north of Sacramento, early on the morning of November 24. 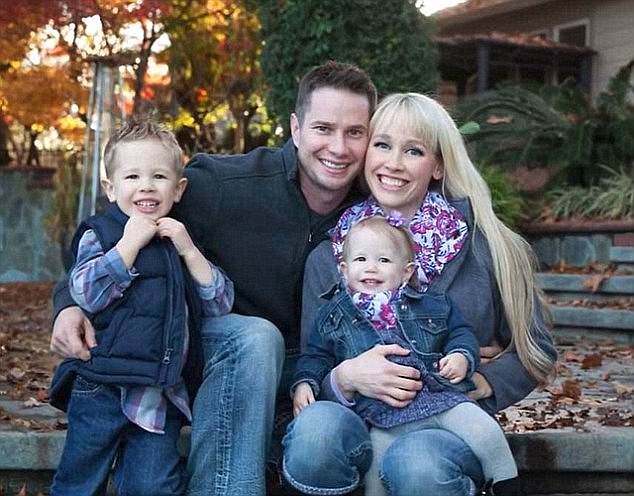 Supermom: Papini – mother to Tyler, five, and Violet, three – is described by neighbors as living a ‘reclusive’ existence while also trying to put her life back together since her ordeal 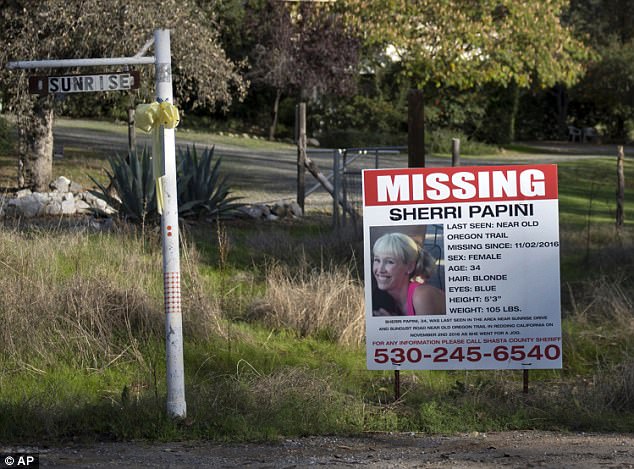 This photo from November 10, 2016 shows a ‘missing’ sign for Papini

According to police, she was found on a rural road just off the I-5 freeway and, despite being chained, had managed to flag down a passing car.

Her long hair had been hacked off and Sheriff Bosenko said she had also been beaten and branded by her alleged captors.

‘Sherri appeared battered and bruised, her hair had been cut to shoulder length and she had a brand on her right shoulder,’ the sheriff’s office said. ‘Sherri, however, stated she had not been sexually assaulted, and there is no physical evidence to indicate otherwise.’

She was also branded with a threatening message.

‘The Sheriff’s Office continues to examine the brand and its possible meaning, but details of the brand remain confidential as part of the on-going investigation,’ police said.

In a subsequent interview with police, Papini said she had been taken by two Hispanic women who went to great lengths to conceal their faces. Their car is understood to have been a dark SUV.