This indulgent $20 burger made with a dim sim and a potato cake has been named one of the BEST in Australia – so would you try it?

A ‘controversial’ beef burger that’s made with a dim sim and potato cake has been named the best in Victoria in a national competition.

Easey’s in Melbourne won the title in the Litt Burger of Origin competition with the ‘Motz Madness’ creation.

The $20 double Oklahoma fried onion burger with cheese can only be ordered via the Litt app and is available for two weeks – so customers should act swiftly.

50 customers within 5km of the Easey’s burger restaurant in Collingwood will also score the burger for free by the end of Wednesday August 25. 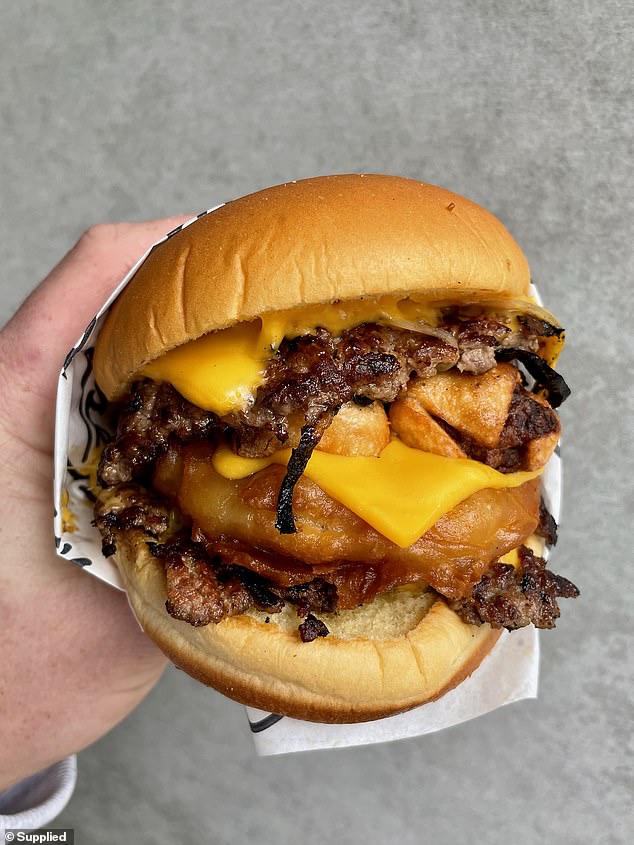 Easey’s was crowned the best burger in Victoria and will be judged against the other finalist from around Australia at a later date.

For the first time ever a national burger competition is being held where the best burger joints across the country are competing to decide which state produces the best burger.

All 17 participating burger joints were tasked with creating a unique burger for the competition, which must be ‘their best burger ever’.

Due to Covid-19 only Brisbane, Sydney and Melbourne were being judged before border closures.

Brisbane, Gold Coast and Sydney were judged in May, Melbourne was judged in June, and Perth and Hobart will be judged once borders reopen. 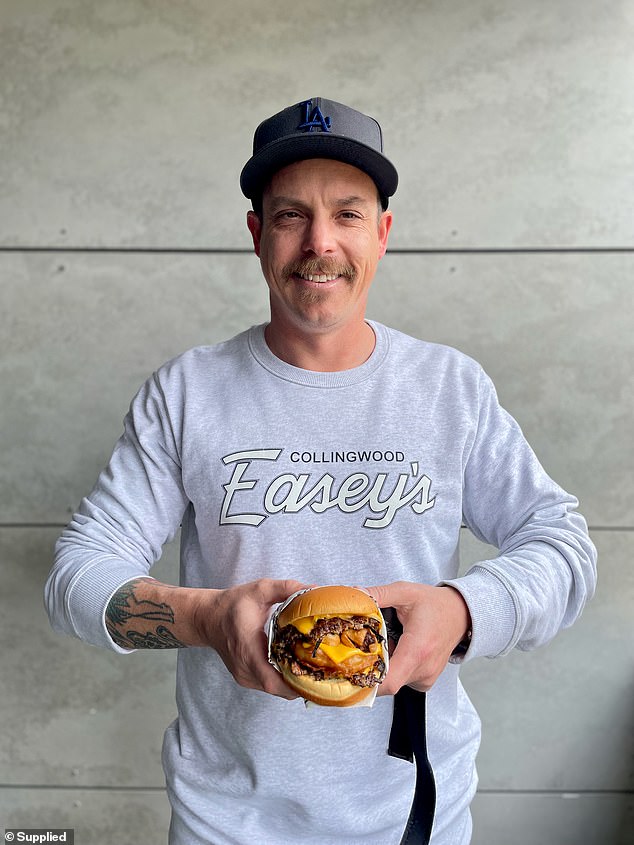 The competition was paused due to the lockdown when chief judge and Melbourne resident, Cal Stubbs, was denied access to both Western Australia and Tasmania.

Other top burger joints in Melbourne that made the top five included Hello Sam, It’s a Burger and Rude Boy Burger.

Litt is also an Australian-designed social media app that grew in popularity earlier this year in February.

‘Australia threw their support behind us when Facebook gave our country the flick, so this is our way of saying thank you: by giving away a truckload of the country’s best burgers while also shining lots of much-needed attention on small businesses,’ said Brett Thompson, co-founder of Litt.

‘We believe the augmented reality advertising component of Litt is unique to a social media platform, there’s nothing like it in the world.’