A 40 stone woman who was too big to leave her own home spoke of her heartbreak at not being able to visit her mother, shortly before she passed away.

Jane, 53, who appeared on last night’s episode of Big Body Squad on Channel 5 died following her appearance on the show, after spending years trapped in her Gloucester home.

The show follows the professionals caring after overweight people whose condition made them dependent on the help of others, and Jane admitted that her carer was her only real contact with the outside world.

‘I haven’t seen my mum for three years, maybe a bit longer, and I still want to see her, so, so bad,’ Jane revealed.

Viewers were sympathetic to her plight, saying that Jane was ‘stuck in an awful situation’.

Sadly it was revealed at the end of the show that Jane had passed away since filming, although it’s not clear if she was ever reunited with her mother.

Pictured: Jane, 53, from Gloucester, was shut-in from the outside world for at least three years when she featured in a Channel 5 documentary on the obese. 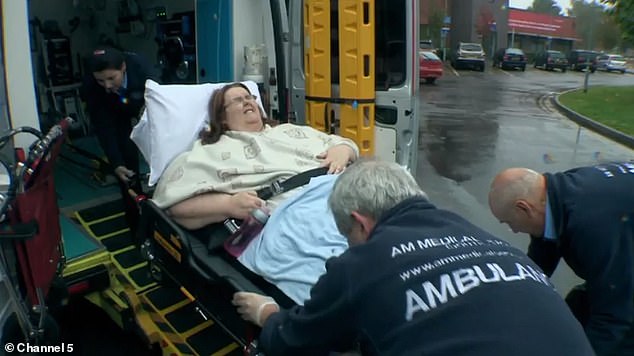 Jane had to attend a hospital appointment, but the journey from home to the hospital and back was challenging for the woman who weight nearly 40 stone

Jane had weak knees and very limited mobility due to her large frame, and relied on a walker to move around her house. She also suffered from fluid retention in her legs, which was very painful.

‘My legs are awful,’ Jane commented, ‘I got all these lumps and if I just knock one off, I could bleed.’

After spending so many years trapped inside, Jane admitted the isolation had taken its toll, leaving her terrified by the idea of going out.

‘I get panic attacks, ‘ she explained. 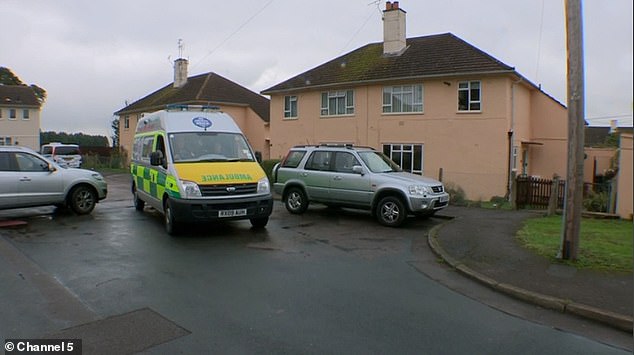 ‘It’s just getting kept in all the time, it’s really getting to me now,’ she added. ‘Just going for a walk would be wonderful.’

She added that having a carer was the only thing making her life bearable.

‘Without having a carer, I wouldn’t have got the life I got now,’ Jane admitted.

Jane (pictured) revealed on the show that she had not left her house in at least three years, and hadn’t seen her mother since. It’s unclear whether they were reunited before Jane passed away

Jane’s carer Aida Bishop had been working with her for a year at the time of filming.

Part of her duties was to bathe Jane as well as to clean her house. At first, Jane struggled with the idea of being cared for, but the two women became close.

‘I was petrified because of my size,’ Jane said, ‘when [Aida] came, she just put me at easy straight away.’

During the programme, Jane was seen mustering up all her courage to leave home for a hospital appointment. 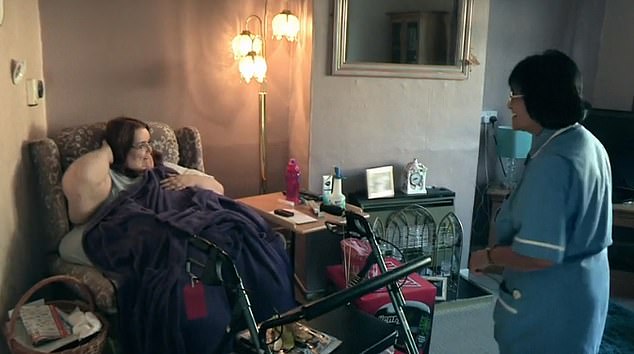 Jane with her carer Aida (pictured). With very little contact to the outside world, Jane said she and Aida became friends

The action of propping herself on a specially crafted stretcher was hard on Jane, who prayed not to have a panic attack as professionals busied around her.

‘I haven’t had a panic attack in ages, I don’t want that,’ she said, catching her breath.

Jane was then lifted onto the ambulance using a winch crafted to lift patients as big as 60 stone.

But the team managed to successfully load Jane onto the ambulance, and she soon was on her way to the hospital for her check up. 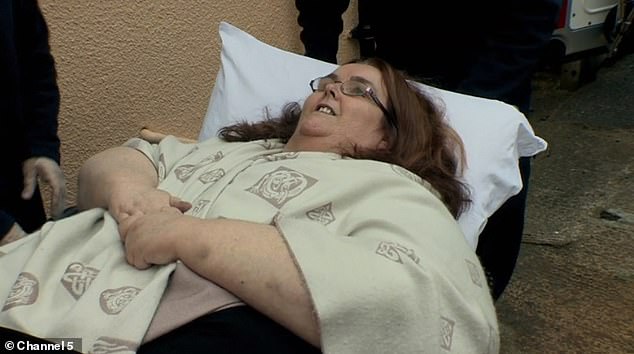 On the way back from the hospital, it took the crew several minutes to help Jane out of the stretcher, as her legs were fragile and damaged, which meant they needed to be handled with extra care.

Terrified of falling, Jane kept apologising to the crew, on stand-by by her side.

Once back on her living-room chair, Jane expressed her gratitude towards the team of professionals, saying: ‘They were really brilliant. I couldn’t have asked for a better care.’

At the end it was revealed that Jane had died since filming for the show, but it wasn’t made clear if she managed to reunite with her mother

Viewers were split over the documentary’s second episode, with some blaming its participants for their weight and other wishing they had had more backstory

Big Body Squad airs on Wednesdays at 10pm on Channel 5.