A 74-year-old man has been found alive and well five days after a fire broke out in his apartment at the senior living center where he resides.

More than 80 other residents have been moved to other places are the fire broke out in the complex in Washington D.C.W

Workers discovered the elderly man identified as Raymond Holton, in his home at the Arthur Capper Senior Apartments in Washington’s Navy Yard neighborhood. 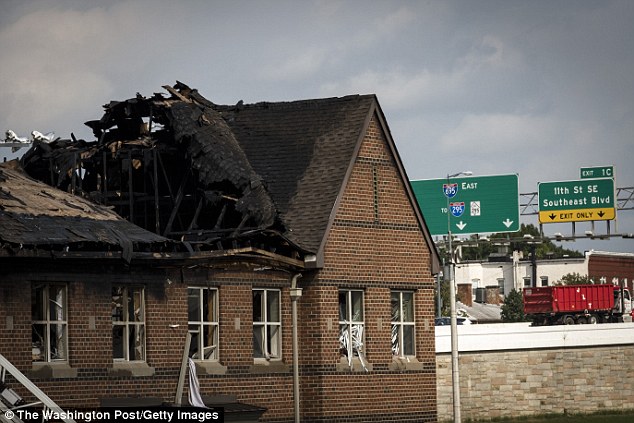 A 74-year-old man is found alive and well sat in his chair in his apartment, five days after a fire gutted the Washington senior home he lived in 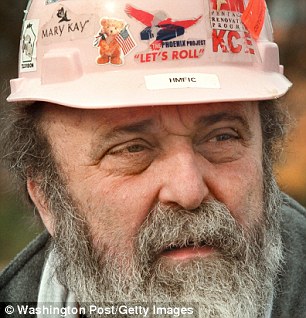 Structural engineer Allyn Kilsheimer was one of the people who found the man. He and others were going through the building unit by unit to try to determine if the apartments were safe to re-enter

Authorities say that Holton had been in his apartment since the fire broke out and had a ‘sense of humor’ about the whole incident after being discovered reports WUSA and told them that he ‘wasn’t going any place.’ Officials say he was in good condition.

Structural engineer Allyn Kilsheimer was one of the people who found the man. He and others were going through the building unit by unit to try to determine if the apartments were safe to re-enter.

As they used a crowbar to pry open an apartment door on the second floor, they heard a voice and a man came to the door. Stunned, Kilsheimer said he would help the man get out.

The man had no electricity and was confined to his apartment because the door was jammed, he was in good spirits, Kilsheimer said.

‘For somebody who’s been in that situation for as long as this, he seemed incredibly in good shape, from my perspective,’ he said.

Holton told his rescuers  that he wanted to walk out of the building on his own, but workers made him sit in a chair and he was carried out according to WRC.

Holton was then transported to a local hospital with non-life-threatening injuries. 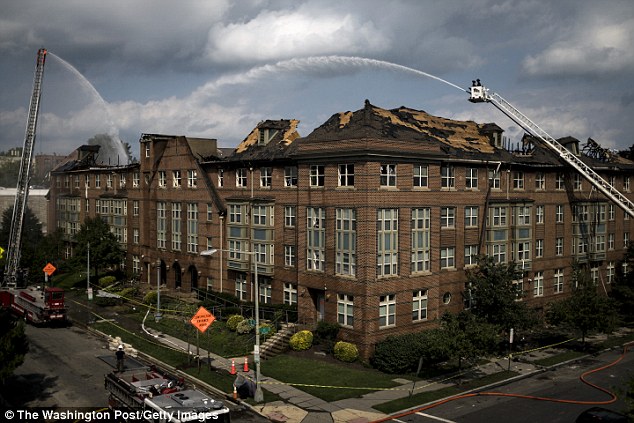 Crews located the 74-year-old man Monday morning sitting inside of an apartment in the building that caught on fire last week. Officials believe he is a resident of the second floor

When the fire broke out on Wednesday, Marines from a small nearby outpost rushed to the scene to help with the rescue effort. All residents managed to escape safely.

Mayor Muriel Bowser said officials worked to check that all the tenants in the building were accounted for. They believed that everyone had left the building.

A primary search, ‘where they bang on doors, check apartments etc.,’ was done in the complex last week, however, Mayor Bowser said they ‘cannot say specifically what happened to this particular unit.’

Officials said they used a list of tenants provided by the building’s management company. 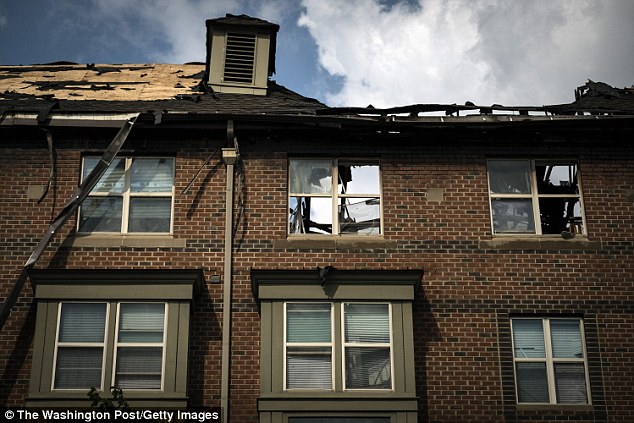 It took around 100 Marines working alongside the building’s management and neighbors to get all the residents evacuated from the building, however clearly something went wrong somewhere along the line.

D.C. fire chief Gregory Dean noted that a secondary search was not possible due to rubble and items collapsing in the building and that there.

‘There is a chance that an apartment or two may have been missed as this was going on,’ Chief Dean elaborated. ‘Discipline is not the issue here, it’s really looking a what else we need to do to accomplish what we need to accomplish.’

‘You have people, human people, just like the rest of us, trying to accomplish a very difficult job in trying circumstances,’ he said.

Fire officials are now looking at the possibility that the buildings fire alarms were not working properly.