A bloody mess outside a brothel in Melbourne

A brothel carpark turned into a bloody mess when a ‘sex worker’ allegedly stabbed a man in the chest.

The man was seen on CCTV footage clinging to his chest and looking for help in the Melbourne suburb of Moorabbin on Saturday morning.

He then collapsed on the ground after walking around 700 metres down the street.

The man who was allegedly stabbed, in his 40’s went strolling up the street looking for help

A group of young men who were leaving a nearby pub saw the man and rushed to his aid.

The men were seen running frantically towards the victim before they called an ambulance.

‘We saw a guy lying on the gutter, so we just pulled up in the street and ran to help him,’ one of the men told 7 News.

The network reported that the incident unfolded after the woman had asked the brothel for work before she was turned away. 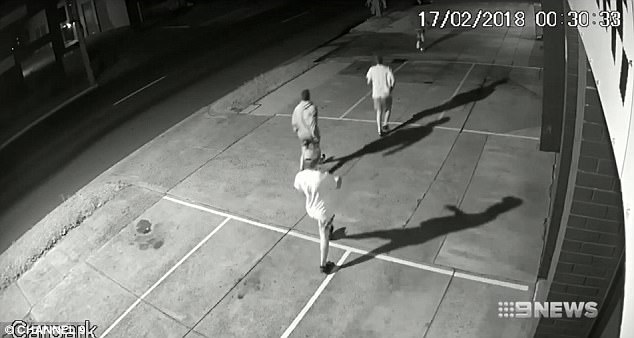 Police confirmed they arrested a woman in her early twenties following a ‘stabbing in Moorabbin.

‘The incident took place on Keys Road just before 1am were a woman has allegedly stabbed a man,’ police said in a statement.

‘The 22-year-old Sydenham woman is currently in custody after being arrested this morning.’ 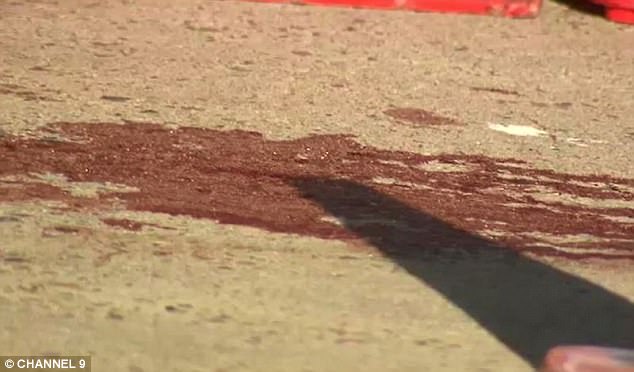 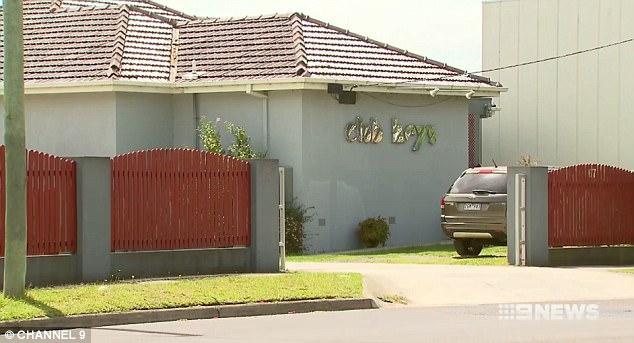