A Brief History of Slots – From Liberty Bell to Joker Lanterns 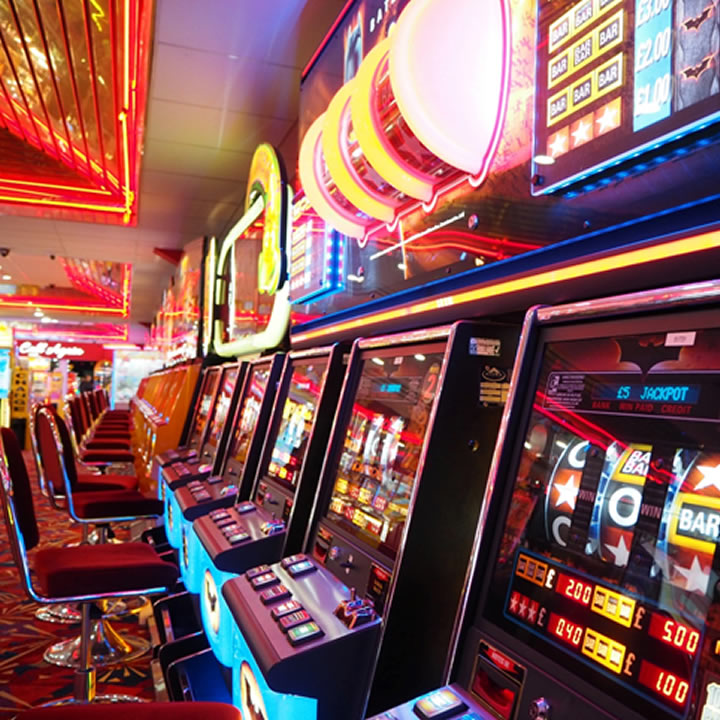 Slots are the most demanded of all casino games in both online and land-based establishments. With literally thousands of choices, they offer something for new players and a way to relax for seasoned gamblers. The massive popularity that these games enjoy today often leads many to ask where they originated from and how they evolved to be as famous as they are. Below is a look at the games’ roots and how they have changed over the years.

While Charles Fey is credited as the father of the pokie machine, the origins of this set can be traced to the late nineteenth century in the hands of Sittman and Pitt. This company opened in 1891 in New York, and the machine they produced resembles today’s video poker games more than it does slots.

The device had five drums that were used to hold fifty playing cards. Sittman and Pitt’s creation quickly gained popularity and was soon found in most bars in the Big Apple, and each round cost only a nickel. Players had to insert money into a slot before pulling a lever to the side of the machine.

The Sittman and Pitt awarded winnings when a winning hand was created, similar to the ones in poker. The house edge was driven up by removing the jack of hearts and tens of spades, making it twice as hard to land a royal flush. The machine did not have any way of paying directly, so payouts were granted at the bar. Real money winnings were not popular and were substituted with free drinks and cigars instead.

Charles Fey was the first to create a slot machine that resembles the pokies provided in casinos today. There isn’t information on the exact time he made the game, but it is rumoured to have happened between 1887 and 1895. For starters, Fey abandoned the use of five drums and replaced them with three reels. He also took out the fifty playing cards and used just five symbols – spades, diamonds, hearts, horseshoes, and a liberty bell. These changes made it easier for the machine to award automatic payouts by reducing the complexity of winnings.

Punters still had to pull a lever to activate gameplay, and payouts were awarded when the three reels revealed a similar icon. Three bell symbols were the most valuable, earning the machine its popular name, The Liberty Bell. The machine became widely popular across the United States, and since Charles Fey did not apply a patent for it, other companies copied the design.

In 1902, the United States government passed a law that banned the provision of real money winnings in slots. Instead of companies halting their manufacture, they traded cash payouts for candy. The machine used fruit symbols instead of the five icons in the Liberty Bell. The sweets and chewing gum prizes they granted corresponded with the flavour of the winning combination. During this era, Chicago-based company Herbert Mills released the Operator Bell. The machine was created in 1907, and by 1908, it graced most bowling alleys, salons, tobacconists, and shops.

The BAR symbol often associated with traditional pokies was invented during this time and was based on the company’s logo. The slot ban was also lifted in 1908, allowing manufacturers to go back to offering real money payouts.

For more than five decades, slot games run mechanically, requiring players to pull a lever to the side and set the grid in motion. This lever was attached to a spring that would stretch and gradually stop the spinning reels. This manual gameplay approach made it seem like players influenced the slot and the outcome, which propelled their popularity. This mechanism earned such machines the name “one-armed bandits”.

In 1964, Bally released the first-ever electromechanical slot – Money Honey. The game ran entirely on electricity, but it still included the lever. Introducing a game without this feature at the time would have been too unfamiliar for players. The game also introduced the bottomless hopper that paid up to 500 coins. This set pushed the popularity of electromechanical machines over mechanical ones, and new slots began removing the standard lever.

The Las Vegas-based company Fortune Coin made history in 1976 when they released the first actual video slot. The pokie’s display was a modified 19” Sony TV, and it was displayed in the Las Vegas Hilton Hotel. The game underwent several modifications and cheat-proofing before being approved by the Nevada State Gaming Commission and popularized on the Las Vegas Strip. IGT later acquired Fortune Coin in 1978.

The Debut of Second-Screen Bonuses

The next milestone in slot history was set by Williams Interactive when it released Reel ‘Em. The pokie became the first video slot to include a bonus round that unfolded on a second screen. The feature gave players a chance to collect more wins besides combination payouts. The slots became so popular that they covered 70% of available floor space and generated 70% of the income in casinos that featured them.

The most significant step in slots’ evolution is their exploitation of the internet boom that started in 1995 when the platform was invented. Microgaming was the first gaming company to venture into the virtual realm and open the first online casinos. Several others followed, and they mostly offered roulette and blackjack. It did not take long for slots to be provided as well, and they grew to account for the bulk of game collections. Some pokies that can be played online today include;

There are many sites on the Internet that provide free online slots, for example:

We recommend playing on any of the above-listed sites.

The invention of online slots has since given rise to hundreds of game developers that create unconventional configurations that push the envelope of traditional games. Today, there are slots with up to eight reels, hundreds of thousands of win ways, and complex bonus rounds built on themes and winnings.