‘You make me feel I’m where I’m meant to be,’ confides Dua Lipa to 13,000 devotees halfway through the opening night of her British tour.

It’s hard to argue. This is her first foray into arenas but it won’t be her last. Tonight, Lipa proves herself to the hangar born.

A 22-year-old Londoner of Kosovan parentage, Lipa was the most streamed woman of 2017 in Britain, largely thanks to New Rules, her infectious instructional manual for excommunicating ex-boyfriends. In February she won British Female Solo Artist and Breakthrough Act at the Brits. 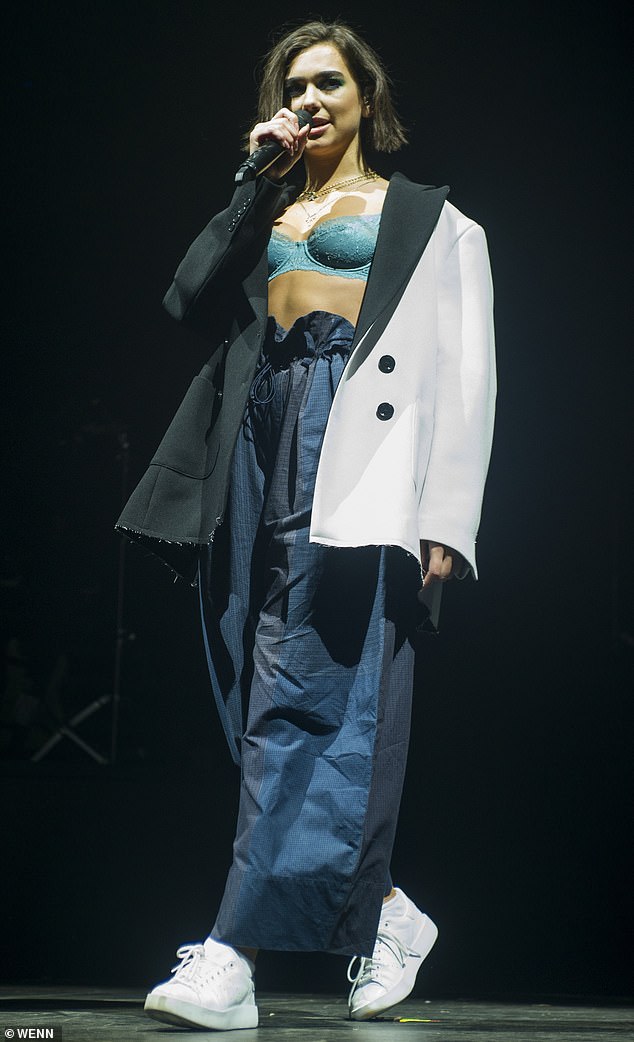 A 22-year-old Londoner of Kosovan parentage, Dua Lipa was the most streamed woman of 2017 in Britain and the show she puts on during her first arena tour hints at lofty ambitions

Throughout, the focus narrows towards Lipa, intense, charismatic and pulsing star power. Her voice is strong, defaulting to an appealingly husky lower register.

On Thinking ’bout You and New Love – sung to solo guitar accompaniment – she mines the coal-black blues of Amy Winehouse.

No Goodbyes, performed as a sensuous mime with a female dancer, leans towards the avant garde.

At moments like these, Lipa wouldn’t frighten the Later… With Jools Holland demographic.

The reason she’s selling out arenas, however, is down to a handful of sparkling teen-friendly pop hits.

Be The One is the best. A wistful, Eighties-inflected summer breeze, it has her dancing like Elvis before leaping down into the crowd. Saved for the encore, IDGAF offers empowered profanity set to sweetly tropical beats, before a roof-raising finale of New Rules.

Lipa has released only one album and she plays all of it, resulting in chunks of generic pop Polyfilla padding out the set.

The depth of material will come in time. In every other respect she’s already a modern pop star of substance.

There can only be one recurring theme for a man celebrating his 85th birthday next week, and Willie Nelson runs – or at least gingerly jogs – with it on his 100-and-somethingth album.

Last Man Standing bubbles with a cheery fatalism. ‘Heaven is closed and Hell’s overcrowded, so I think I’ll just stay where I am,’ Nelson sings on Heaven Is Closed.

On the title track he marks the passing of old friends such as Waylon Jennings and Merle Haggard, pondering, ‘I wonder who the next will be… one thing I learned about running the road / Is forever don’t apply to life.’ 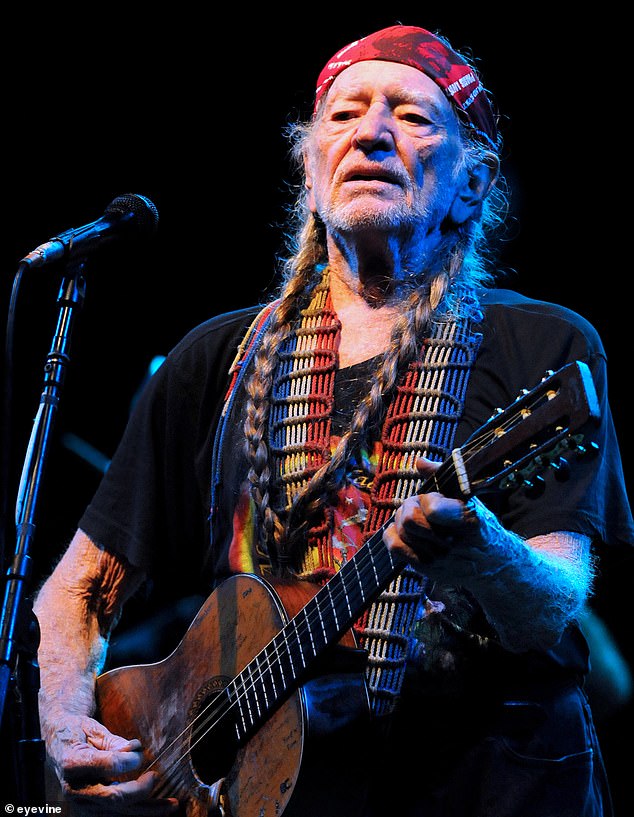 There can only be one recurring theme for a man turning 85th next week, and Willie Nelson (above) runs – or at least gingerly jogs – with it on his 100-and-somethingth album

On this evidence, the man who wrote Crazy, Night Life and scores more country classics still has a good stretch of highway left to travel.

On these 11 new songs, co-written with producer Buddy Cannon, his voice remains as wryly conversational as ever, and his guitar playing cool and supple.

The songs are a funky-country stew, loose and upbeat, with consistently entertaining lyrics. 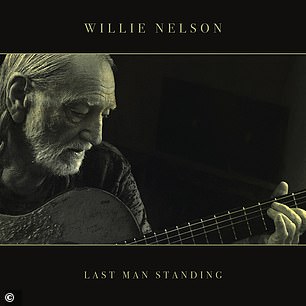 As you’d expect, there’s a pinch of political comment from the godfather of country music’s libertarian old guard, but in the main Nelson offers up a hatful of cowboy Zen wisdom, bad jokes and zinging one-liners.

On the good-rocking blues of I Ain’t Got Nothin’, he sings: ‘I gave you a ring, then you gave me the finger.’ Bad Breath makes the point – possibly unique in the history of recorded music – that halitosis is preferable to ‘no breath at all’.

The weight of mortality is mostly shouldered with levity but there’s spiritual heft to I’ll Try To Do Better Next Time, a moving country waltz circling the consolations of reincarnation, and real pain in the swampy blues of Very Far To Crawl.

Short and to the point, Last Man Standing is the work of a man in a hurry, yet not quite ready to cross the finishing line. 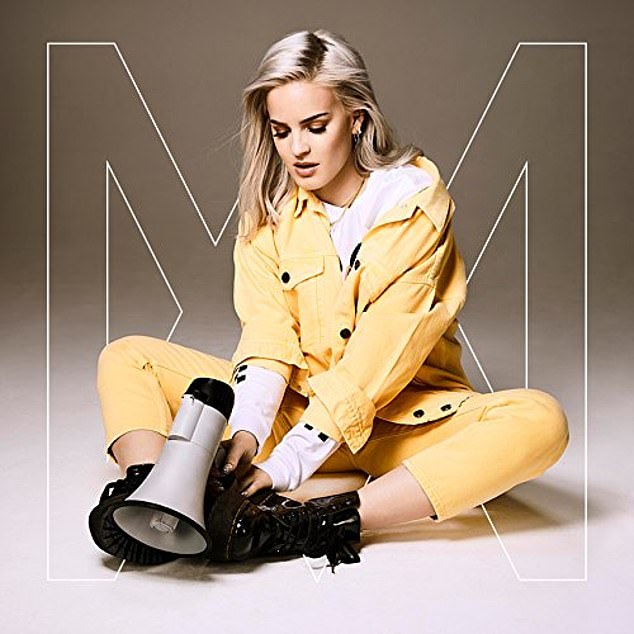 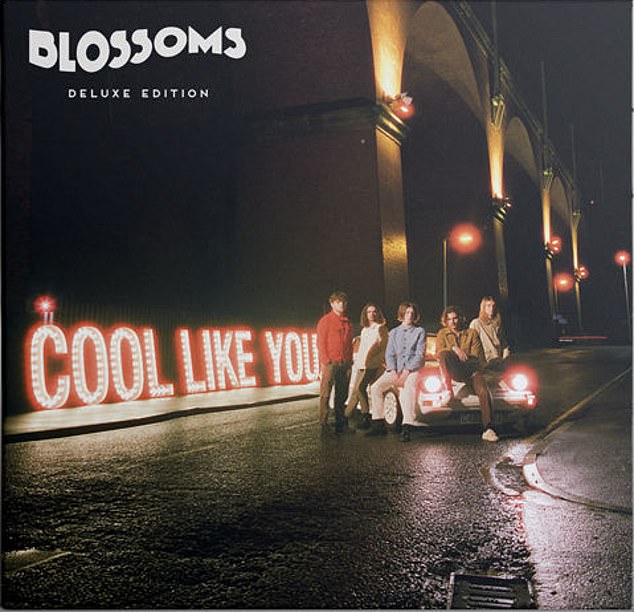 Blossoms’ debut topped the charts. Tom Ogden’s tunes here are uniformly sturdy – the best, I Can’t Stand It, has dropped on to radio playlists but a drab, overproduced sound deadens the impact 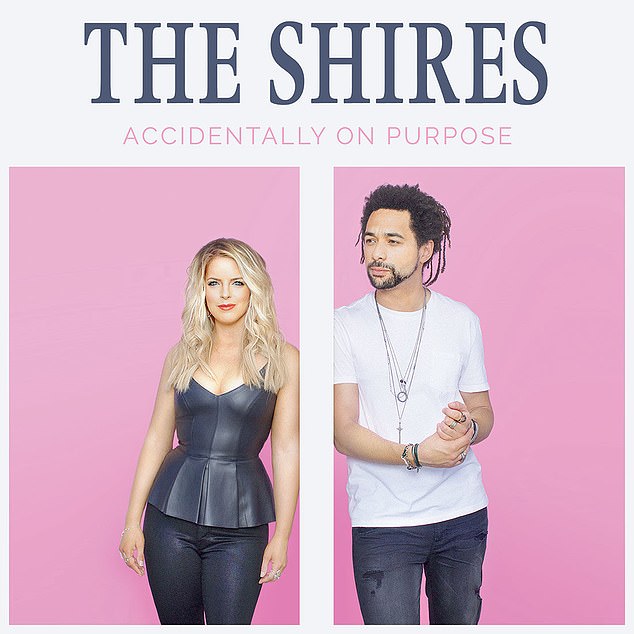 The Shires have had a lot of success with a British version of US country-pop. You won’t find much grit here but there’s plenty of sincerity and simple, decent songcraft 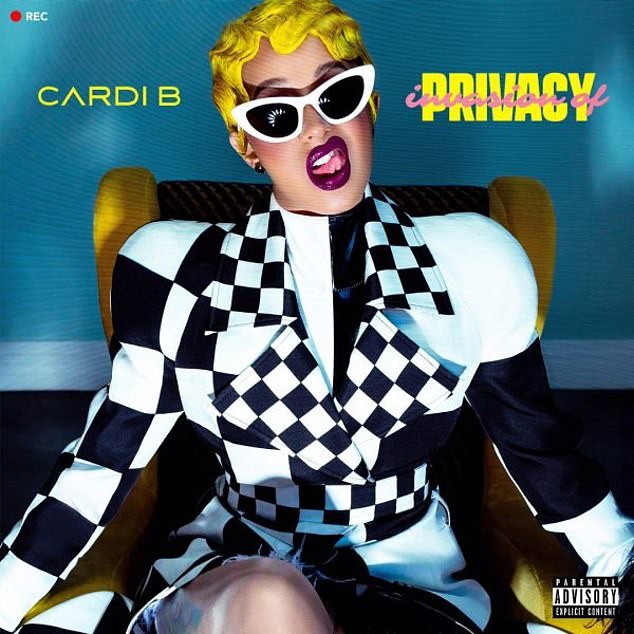 Rapper Cardi B has vaulted to the top of the celebrity pile in months. Don’t buy this for your granny because it’s strong stuff but there’s a lot of life and earthy, smart Bronx rhyming here