Verity Carter’s earliest memory, from when she was about three, is of being beaten for the ‘crime’ of spilling blackcurrant juice on a curtain. ‘Physical discipline was extreme and regular,’ the now 41-year-old recalls.

And it was just one of many horrific elements of the life her parents had chosen for her, raising her in the notorious Children of God cult in the 1980s.

For years the global sect was shrouded in secrecy, although in recent years the convictions in the UK of two cult members for rape and sexual abuse have shed light on the sinister teachings of its late founder David Berg.

And now three British women who grew up in the cult, in properties scattered across the UK, have chosen to speak out in a compelling new five-part documentary that is in turn revealing and chilling.

Sara Kelley (pregnant with Serena) and David Berg. Children Of The Cult. Discovery

Berg was an evangelical preacher who founded the Children of God in California in 1968. He attracted a group of runaway teens and hippies with a mantra of free love and family, and the movement swept the globe.

By the mid-70s he claimed to have 10,000 followers in 130 communes, among them the families of Hollywood stars Rose McGowan and Joaquin Phoenix.

Berg advocated promiscuous sex and insisted there should be no limits, regardless of age or relationship.

Verity was sexually abused from the age of four, including by her own father, while Celeste Jones, 46, who also features in the documentary, remembers being put on her commune’s ‘sharing schedule’ at the age of ten. That meant being on a rotating timetable of sexual partners. ‘It was not a choice, it was a duty,’ she recalls.

Celeste’s mum had joined the Children of God at 16 after the group were asked to give a talk at her school. She met Celeste’s father at a commune in Kent, in a grand Elizabethan manor house in the village of Hollingbourne, near Maidstone.

‘My parents thought they were on a mission to save the world,’ says Celeste.

Yet any rebellion or deviation from Berg’s teachings was brutally quelled, recalls Hope Bastine, 42, the third British woman in the documentary. ‘I got severely punished for speaking out and was locked in a room for several days while the men took it in turns to give me corporal punishment,’ she says.

By the 1990s Berg had drawn the attention of Interpol and the FBI, and his prophecy that the world would end in 1993 had passed unfulfilled. Hope became convinced there was a better life outside and, aged 18, took the plunge.

‘I’d squirrelled away enough for a bus ticket, and I got to London, to my nan’s house,’ she recalls. But it took several years until she found the courage to tell police about the men who had abused her – among them Derek Lincoln. 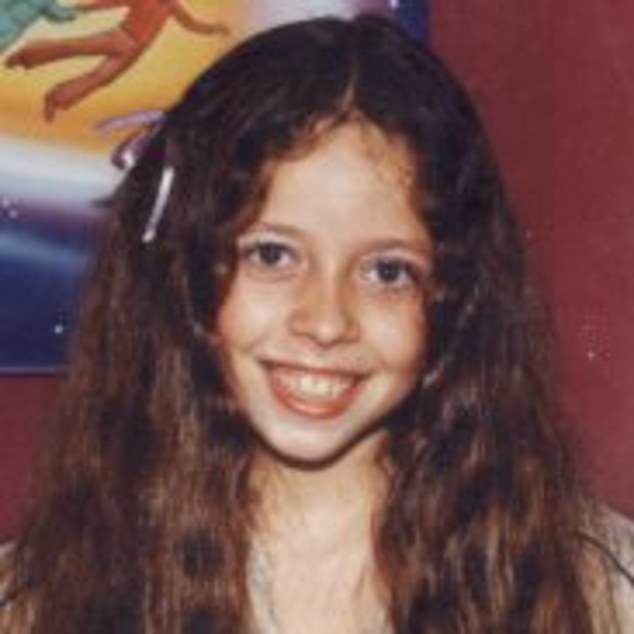 Celeste Jones, 46, who remembers being put on a rotating timetable of sexual partners, revealed becoming a mother was the catalyst she needed to leave. Pictured: Celeste as a child, living in the cult

The agonising case ended last year when Lincoln was sentenced to 11 and a half years in prison for rape and sexual abuse.

It also took time for Verity to speak out. She spent her early years with her family in a flat in Paisley near Glasgow, but they were shut off from everything.

‘We did not have music or TV or culture. We had no idea how the world worked,’ she has said. By 11 or 12 she was in one of the cult’s communes in Scotland, where some properties had up to 50 people under one roof.

At 15 she ran away, surviving on cash-in-hand jobs, but was 31 when she finally went to police. In 2018, her father, Alexander Watt, was convicted of sexual abuse.

For Celeste, becoming a mother 22 years ago was the catalyst she needed to leave – but it wasn’t easy.

‘I had no money, no bank account, my daughter’s passport and mine were with the leaders, and any communication was monitored,’ she says.

Today, the organisation is called The Family International and operates online. Its website boasts of a presence in 75 countries.

Hope’s mother remains a member, and Hope is frustrated that many others who abused her are still walking free. ‘I’ll feel I’ve got justice when my worst abuser has been caught,’ she says.

Children Of The Cult is available from today on discovery+.