An expert has revealed how you can easily heal a variety of skin concerns.

Australian cosmetic physician Dr Phoebe Jones said thanks to technological advances and scientific research we now know how to treat skincare conditions like rosacea and pigmentation.

‘The even better news is that we are seeing the way in which treatments at home and at the clinic can complement each other for optimal results in addressing some of the most common skincare problems affecting Australians,’ she said.

Dr Phoebe Jones has shared expert tips for treating six common skincare woes at home and at the clinic.

Skin pigmentation occurs when dark spots appear on the body, often on the face, neck and décolletage.

Dr Jones said that for many people it can be a result of excessive UV exposure or imbalanced hormones.

‘When it comes to pigmentation, there is no better form of protection than sunscreen,’ she said.

‘This requires strict SPF application every single day, even if you spend most of the day in the office.’

She said that reapplying at lunch time is key and recommends over the counter ingredients that brighten, such as niacinamide, kojic acid, liquorice root extract, retinol and 2 per cent hydroquinone.

‘When it comes to pigmentation, there is no better form of protection than sunscreen,’ she said

‘Diagnosis is important to determine what treatment plan is suitable,’ she said.

Pigmentation as a result of sun damage compared to pigmentation due to melasma need to be treated accordingly as one course of action can be more aggressive than the other.

‘For gradual improvement, I recommend laser facials for both conditions,’ Dr Jones said.

‘Alternatively, for more rapid improvement of the sun damaged skin, I recommend some more intense treatments to resurface the skin, such as with a C02 laser, and other lasers that can specifically target sun spots.’ 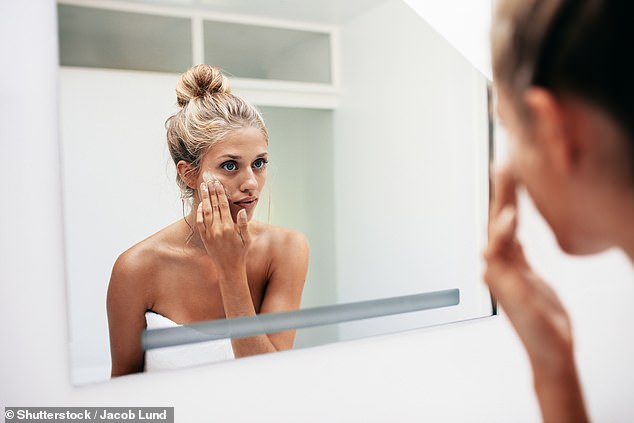 Rosacea is an inflammatory skin condition that presents itself as a reddish like appearance on the skin usually on the cheeks, chin and forehead.

‘Using water-based lotions and makeup, rather than oil-based ones is great for rosacea sufferers. Also, if you suffer from acne rosacea, I’d suggest using a non-comedogenic sunscreen,’ Dr Jones said.

‘Avoiding triggers such as alcohol, temperature extremes, spicy foods, hot showers and sun exposure will reduce rosacea breakouts, otherwise lookout for over the counter topical ingredients that reduce redness and inflammation like niacinamide and azelaic acid.’

‘As well as a variety of prescription medications, vascular lasers can be used to reduce redness and broken capillaries on the face,’ she said.

‘Enlarged pores are caused by excessive oil production in our bodies, and although there are many reason why this may occur, it usually comes down to genetics,’ she said.

‘In order to remove dead skin cells and prevent the build-up of excess sebum, a topical salicylic acid should be applied after washing the face with a product containing an AHA or BHA,’ explains Dr Jones. ‘Non-comedogenic creams and makeup are your friends,’ she adds. 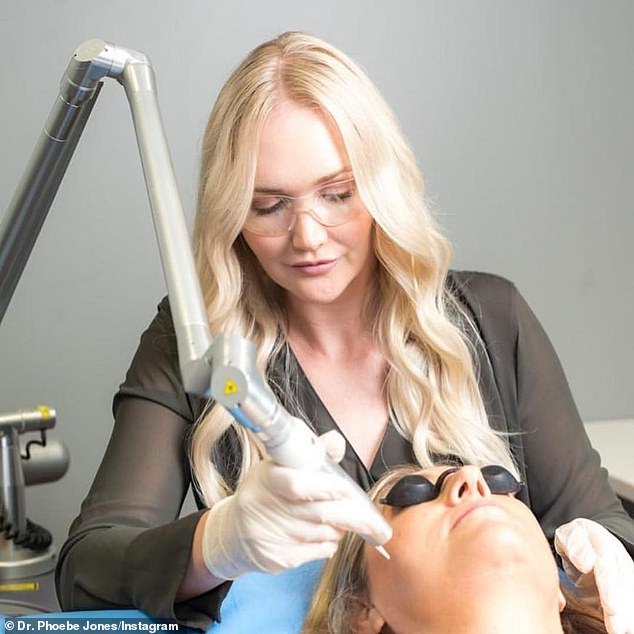 ‘Enlarged pores are caused by excessive oil production in our bodies, and although there are many reason why this may occur, it usually comes down to genetics,’ she said

‘Submental fat that forms beneath our chin is what has come to be known as the double chin. Genetics, weight gain and loosening skin can all be blamed for this happening,’ she said.

Unfortunately some people will always have a double chin even if they lose weight, however, Dr Jones discovered a little tip from non-other than Rihanna in a Vogue makeup tutorial.

‘Rihanna started contouring her double chin, as well as, her jawline with a bit of bronzer – which is quite clever for a mild double chin,’ she said.

‘For a mild to moderate double chin, I recommend deoxycolic acid injections. This is quick and straightforward,’ Dr Jones said.

‘Deoxycolic acid is found naturally in our small intestines and helps to dissolve the fat found in our food. When injected into fatty areas it breaks down the adipocytes, which are fat cells, releasing the fat, which is then absorbed and excreted by the body.

‘I generally advise two treatments of this. For those with a more severe double chin, sub mental liposculpture is a better option as it can be dealt with in one session.’ 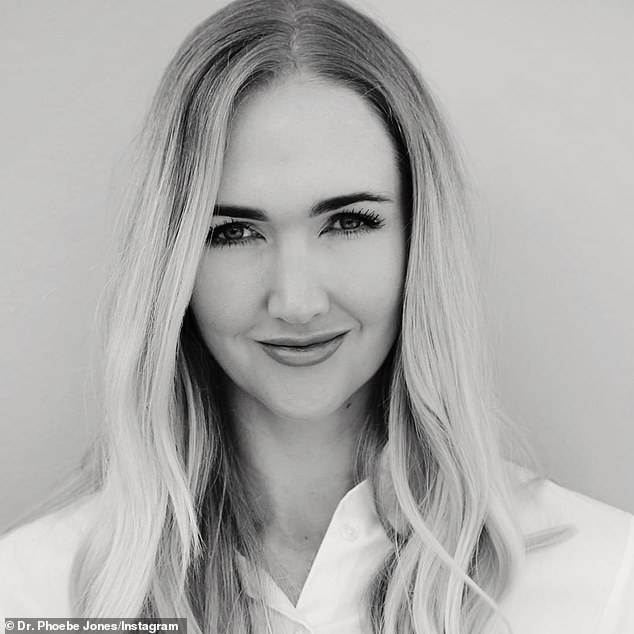 ‘For a mild to moderate double chin, I recommend deoxycolic acid injections. This is quick and straightforward,’ Dr Jones said

While there is a natural ageing process, factors like the environment and certain lifestyle choices can speed up the ageing process of our bodies.

Premature ageing impacts our skin’s levels of thinness and dryness and causes fine lines to appear.

Dr Jones advises there are two must have items: sunscreen and prescription tretinoin 0.05 per cent.

‘Sunscreen with good UVA coverage will prevent damage to the collagen and resulting elasticity, while tretinoin is a vitamin A derivative that functions to increase cell turnover and stimulate the production of collagen,’ she said.

‘Think triple R-Lift. Rejuvenate: this can be done through various lasers and skin boosters,’ she said.

‘Relax: anti-wrinkle injections will improve and prevent dynamic wrinkles. Restore: to replace the volume that has been lost with age, fillers can be used with biostimulators or the patient’s own fat.

And finally, lift: using dissolvable threads. This is a great, minimally-invasive procedure to achieve a more lifted and youthful face.’

This condition presents itself as mottled red/brown discoloration and chicken-skin like texture on the neck and chest.

‘Use broad spectrum 50+ sunscreen every day and to cover your neck and chest where possible,’ Dr Jones said.

‘Avoid spraying perfume on your neck or chest as it is a photosensitiser and can worsen the condition.

‘Use lightening creams such as hydroquinone to fade brown discolouration, niacinamide to reduce the redness and vitamin A derivatives and AHAs to stimulate collagen.’

The neck and chest are a lot trickier than the face as the skin is much thinner and has significantly less sebaceous glands,’ she said.

‘I therefore like to use a combination of different lasers to reduce pigmentation, reduce redness and stimulate collagen.’