When I was ten, my father challenged me to learn Rudyard Kipling’s ‘If’ in exchange for a pound. I memorised all four verses.

Fast-forward 30-odd years and I’m in Mr Kipling’s southern Vermont home with my three children. I’m at the desk where he wrote the Jungle Book next to a shelf with dozens of first editions: Captains Courageous, Kim, Just So Stories — it’s goose-bump inducing.

Sleeping in the arms of the past: Jo Kessel stayed at Rudyard Kipling’s house with her family

Kipling built the house in 1892 after marrying Caroline from nearby Brattleboro. He called it Naulakha after a book he wrote about a rare jewel of the same name.

Green shingles on the outside, inside is all yellow-pine floors, ash walls and furniture so antique (bureaux, chests and grandfather clocks) it’s a miracle we’re not viewing the four-bed, four-floor property from behind a rope.

The view is of a gorgeous undulating valley. While Vermont is a year-round destination, in September and October the crowds pour in to enjoy the explosion of colour that autumn brings.

There wasn’t a tennis court in Vermont until Kipling built one on his 55-acre sloping estate. Our twins, Nathalie and Gabriel, 14, play on it before switching to the snooker table. Meanwhile, Hannah, 12, spots a panther statue in Kipling’s study. 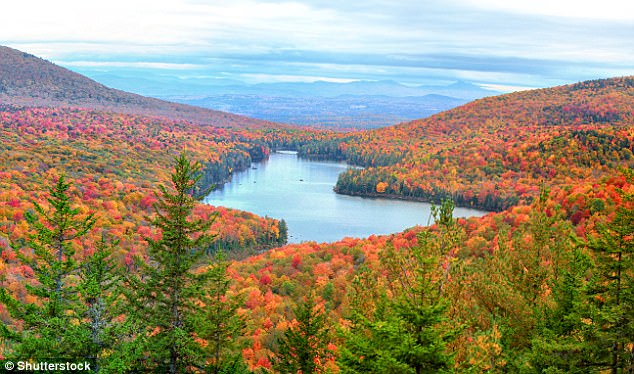 Golden: Vermont is a sight to behold in autumn, with leaves turning shades of red and orange 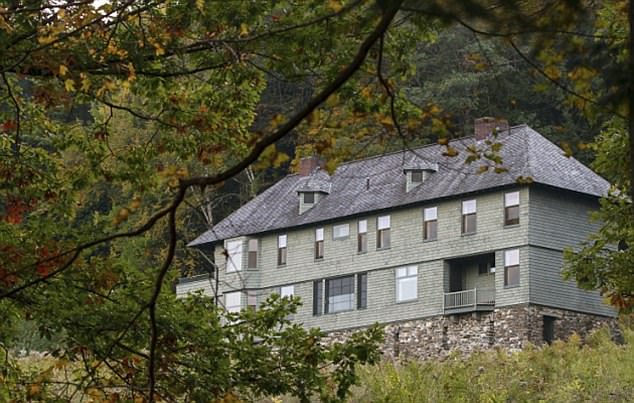 Haven in the woods: Kipling built the house in 1892 after marrying Caroline from nearby Brattleboro. He called it ‘Naulakha’ after a book he wrote about a rare jewel of the same name

‘Do you think this was his inspiration for Jungle Book’s Bagheera?’ she says.

After New York, a three-and-a-half-hour drive away, we love the rural isolation of Naulakha. This corner of New England’s gentle, rolling terrain feels good for the soul.

One morning, we paddle-board on the Connecticut River five minutes away; the day after we find a remote swimming hole called Indian Love Call, bookmarked by mini-rapids which the children explore in-between taking dips and staring at the water’s edge.

We chant ‘home sweet home’ whenever we return to the house and the thrill of it being restored to how Kipling knew it (except for mod cons such as wi-fi and washing machines) never tires.

Kipling introduced skiing to Vermont and when our three days are up, we go to the Mount Snow ski resort 30 minutes away.

There’s no white stuff, but a chair-lift to the summit leads us to an even more dramatic view.

Hiking back down we cross paths with a mother bear and her cubs.

We huddle together until they pass, pulse rates only calming when we’re safely ensconced in a two-bedroom, two-floor apartment at the spacious Grand Summit Resort.

The resort is also a popular mountain-biking centre, so the next day we hire gear, find a guide, put the bikes on the chair-lift and go up the mountain.

The children complain I cycle like a sloth, but when I try going faster the inevitable happens: I fall.

They say you should get straight back on your bike. Instead, I go straight back to the hotel pool with a bruise the shape of Vermont.

It’s no wonder Kipling was so inspired by this place – we were instantly enchanted both by the state and by Naulakha. And you never know, ‘If’ you came, you might be inspired to write a masterpiece, too.

It includes return Norwegian Air flights to New York, two nights at the William Vale hotel in Brooklyn, three at Rudyard Kipling’s Naulakha and two at the Grand Summit Resort at Mount Snow, plus car hire.