‘A football genius… and Lionel Messi’: Newcastle laud Miguel Almiron after stunning assist for Paraguay against Argentina in the Copa America

Miguel Almiron’s superb assist for Paraguay in their Copa America draw with Argentina has earned a tongue-in-cheek comparison to Lionel Messi from Newcastle.

Almiron made an electrifying run down the left, hit the byline and pulled the ball back into the path of Richard Sanchez, who converted from inside the penalty area to put Paraguay ahead against Argentina.

The match finished 1-1 after Messi scored a second half penalty which was not appealed for by anyone on the pitch but was spotted by VAR.

The draw leaves Argentina bottom of their group and facing an early exit but it was Almiron who, on Tyneside at least, was stealing the headlines overnight.

Newcastle’s Twitter account shared a picture of Almiron jostling for possession with Messi, captioned: ‘A football genius and Lionel Messi.’

Almiron’s assist was his second of the tournament and Paraguay head into their final group match against Colombia needing a win to advance into the knock-out stages and, in turn, eliminate Argentina.

Argentina lost their first match against Colombia before drawing with Paraguay and play Qatar in their last group match. 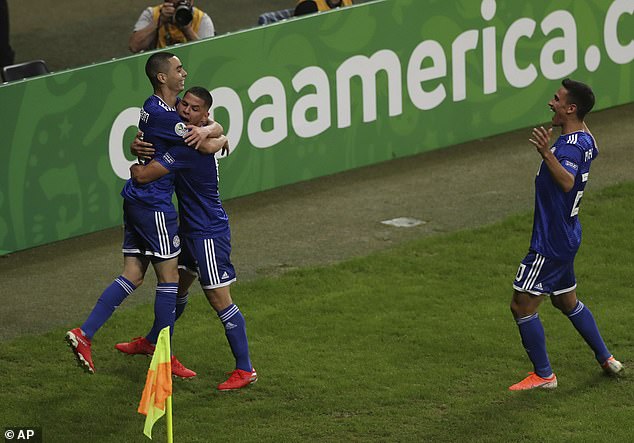 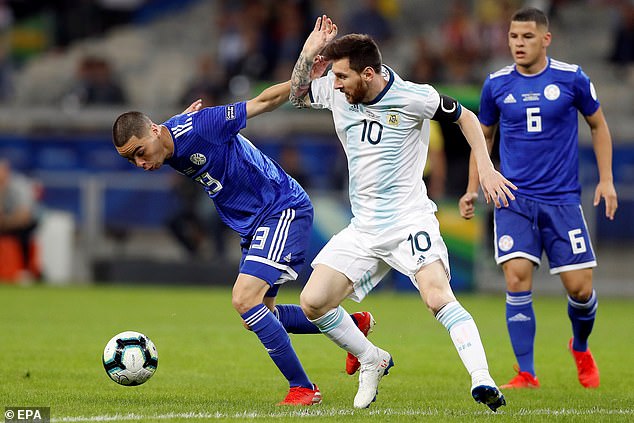 And if Colombia are to halt Paraguay, they are going to have to silence Newcastle’s Almiron.

Newcastle signed Almiron in January for a club record fee of £20m.