Major supermarkets have backed the Veg Power fund for the campaign, which aims to get children to eat more healthily and slash obesity numbers.

ITV bosses have given the prime advertising slot for free. It is also planned to run during family favourites including Dancing on Ice, Britain’s Got Talent and The Voice.

The broadcaster has supplied around £2million worth of advertising space for the campaign.

An advert encouraging children to eat more vegetables will air during tonight’s Coronation Street. Children will be encouraged to ‘eat them to defeat them’ 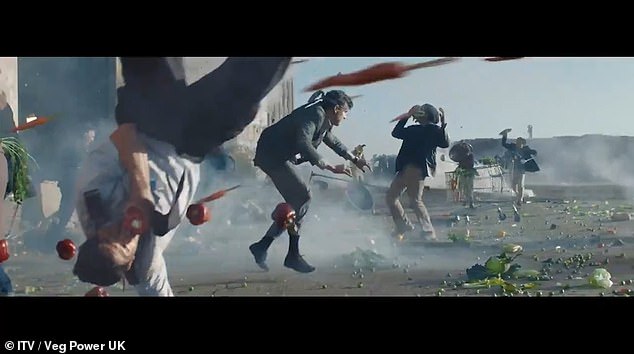 Supermarkets have backed the Veg Power fund for the campaign, which aims to get children to eat more healthily and slash obesity numbers 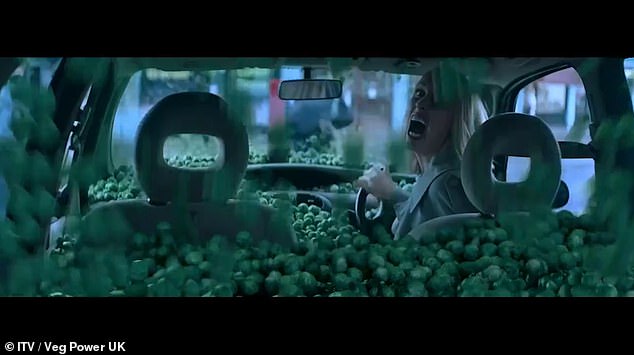 ITV, whose advertising airtime value is worth £2million, said the slot could reach over two thirds of households with children in the hope of encouraging healthy eating

It said the slot given to the Veg Power advert could reach more than two thirds of British households with children.

It comes as damning figures show the number of children in England with obesity is at a record high.

The advert is action-packed and humorous to keep kids engaged – vegetables are shown as taking over the world.

Children must ‘eat them [the veg] to defeat them’.

Food writer and broadcaster Hugh Fernley Whittingstall, who is backing the campaign, said: ‘This campaign is brave, fun and engaging.

‘It will inspire kids to enjoy the huge range of tastes, textures and colours that the brilliant world of veg has to offer.

Girls as young as four are more likely to be obese if they have a television in their bedroom, research has found.

Portuguese scientists analysed the lifestyles and habits of 120 girls aged between four and six by quizzing their parents.

They found girls with TVs in their bedrooms were three times more likely to be overweight than their peers without the luxury.

And the risk of obesity was four times higher, according to the study.

Almost two thirds of the parents questioned confessed their children had a TV in their bedroom by the age of six.

‘A diet that’s big on vegetables will be a massive win for our long term health. I’m hoping to see carrots and broccoli flying off the shelves.’

The advert was to refrain from being too preachy, and instead inspire children.

It doesn’t promote any specific brand or store to shop from, which previous adverts promoting heath have done.

Baroness Rosie Boycott, chair of Veg Power, said: ‘We can really shift the dial and hope to see long lasting behaviour change. Having all the major retailers will help us achieve huge reach and impact.’

Supermarkets each pledged £50,000 to the campaign which launched in May 2018.

Celebrity chefs, such as Jamie Oliver, medical experts, such as Dr Rangan Chatterjee, food producers and teachers have also shown their support.

‘This campaign will reach millions of parents and children through our biggest and most popular shows and it is unlike anything that has gone before,’ ITV chief executive Carolyn McCall said. 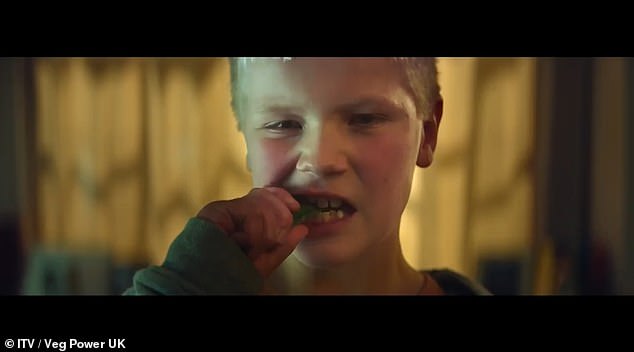 The fund, set up in May 2018, is also backed by celebrities such as Jamie Oliver 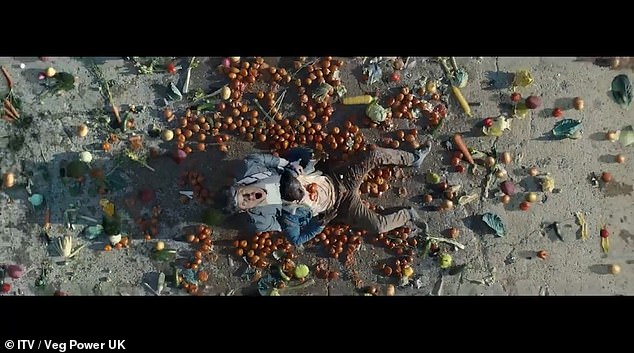 A total of 11 major supermarkets each pledged £50,000 to the campaign

‘We’re proud to use the power of TV to take a new, bold and brave approach to encouraging kids to eat more vegetables.’

The UK ranks 21 out of 28 in the EU for fresh vegetable consumption, according to Euromonitor data.

It mirrors NHS figures that show the proportion of children who are severely obese in England has risen by more than a third since 2007.

Children are exposed to unhealthy food messages every day – half of television food and drink adverts seen by children are for unhealthy items or for fast food restaurants, according to research by the Institute for Fiscal Studies.

The advertising of junk food products has been banned during children’s programmes since 2007.

But the IFS found 70 per cent of TV campaigns for products high in fat, sugar and salt or restaurants and bars were now screened before the 9pm watershed.

In a major crackdown this year, the government implemented bans on two-for-one deals on junk food and adverts on London’s public transport.