Hollywood A-listers and celebrities are avoiding the popular holiday destination of St Barts after Hurricane Irma battered the Caribbean island earlier this year.

The destination has been a holiday hot-spot for celebrities during the festive period for a number of years, but it appears the rich and famous are venturing further afield too see in the New Year.

The island, which enjoys temperatures of nearly 30 degrees Celsius at this time of year, has welcomed famous faces including Leonardo DiCaprio, Rihanna, Heidi Klum, Lindsay Lohan and Paris Hilton in the past.

Catch Me If You Can! Leonardo DiCaprio went incognito in Balaclava and sunglasses before he hit the slopes in Aspen during festive break on Friday (left). He was also spotted on a night out (right) 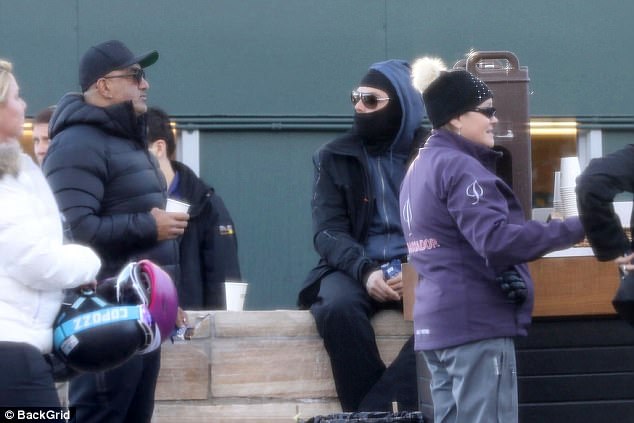 Keep off that chill! Dressed for the chilly conditions, The Wolf Of Wall Street hunk was prepared for his session on the slopes in his ski gear 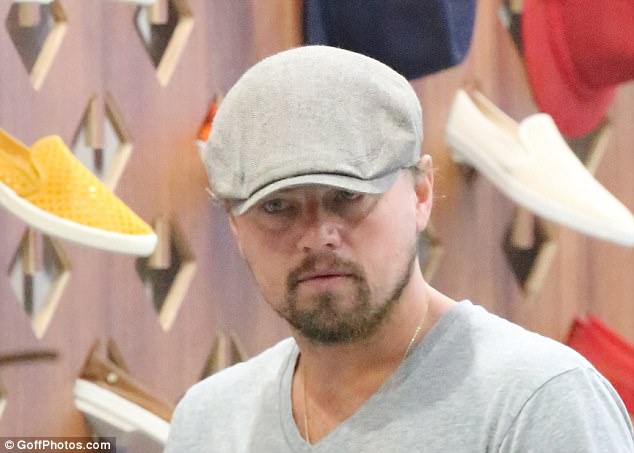 But the devastation of the hurricane which swept through the island in September has seen celebrities opt for other holiday locations to see in the New Year.

Di Caprio was almost unrecognisable when he donned a black balaclava and huge sunglasses to conceal his face on his skiing trip, as he took to the slopes in the same resort as Tobey Maguire.

And the former Spiderman actor was spotted in Aspen on a skiing trip, although it is not known whether the pair are holidaying together.

Paris Hilton was also spotted on the slopes of Aspen with her boyfriend Chris Zylka earlier this week, as was Bella Hadid, who has previously visited St Barts.

Dressed to impress! Tobey Maguire who starred alongside his long-term pal in the 2013 movie, burst onto the slopes in bright blue gear 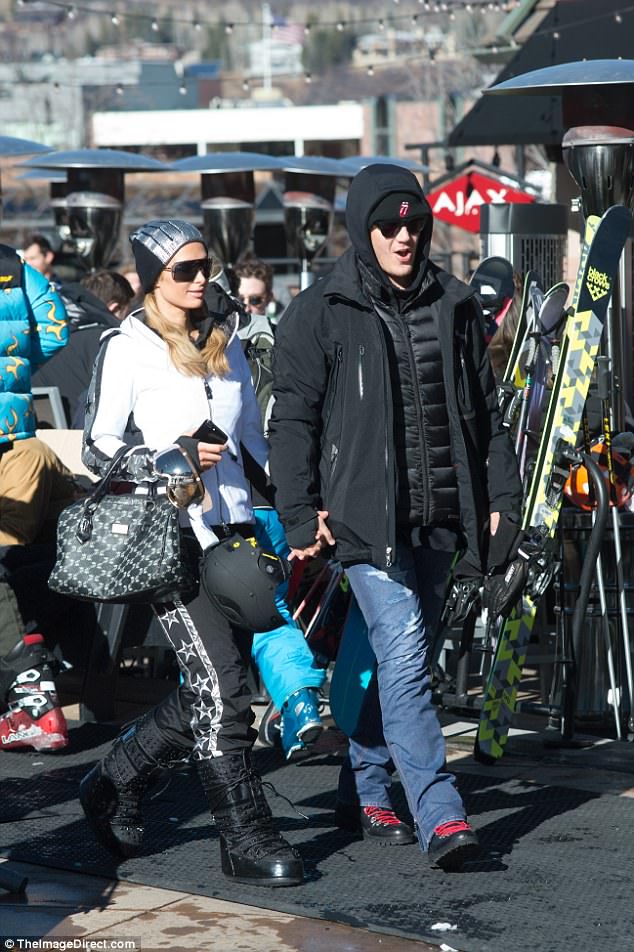 Paris Hilton and her boyfriend Chris Zylka are spotted holding hands and getting ready to hit the slopes in Aspen, Colorado 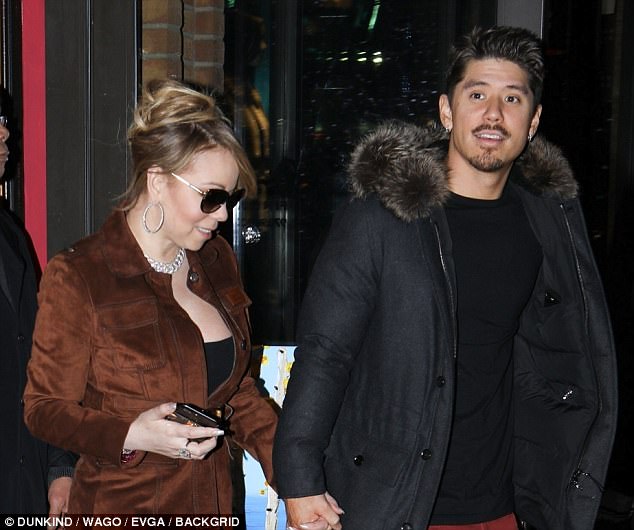 Mariah Carey with her boyfriend Bryan Tanaka in Aspen on Thursday

Mariah Carey also put on a sweet display with boyfriend Bryan Tanaka while out on the town in Aspen on Thursday night.

The singer and the 34-year-old dancer couldn’t help but show off their love as they walked hand-in-hand in the cold Colorado city.  She had spent the early part of this year in St Barts.

Paris Hilton’s sparring partner Lindsay Lohan also appears to have no plans to revisit the island this year, as the Mean Girls star is on holiday in Thailand.

She posted a picture of her injured leg which she says was bitten by a snake.

Meanwhile pop sensation Rihanna was back in Barbados after her 21-year-old cousin Tavon Kaiseen Alleyn was shot dead on Tuesday. 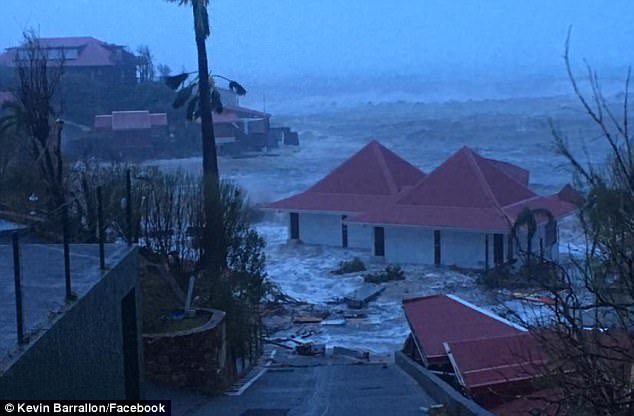 Eden Rock Hotel on St Barthelemy – a hotspot for celebrities including Tom Hanks, Jessica Alba and Jennifer Lopez – was pictured today in ruins after it was struck by Hurricane Irma

And the next day the We Found Love singer was toasting the 21-year-old with what appeared to be a tequila shot in a private home in Barbados as she held her niece Majesty on her hip.

However not all celebrities are ditching the island this year, as Russian oligarch Roman Abramovich is expected to moor his £1.5 billion superyacht The Eclipse on the island for his annual party. 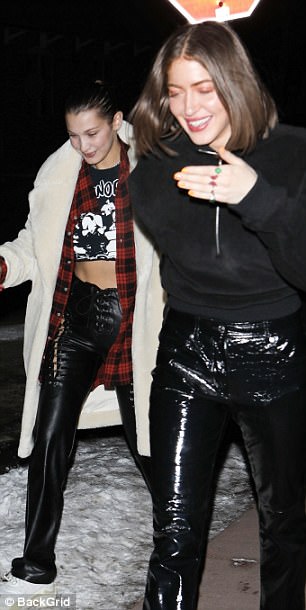 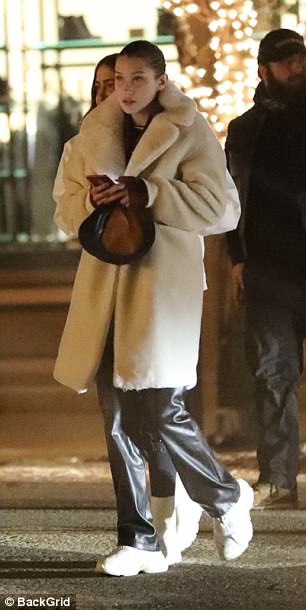 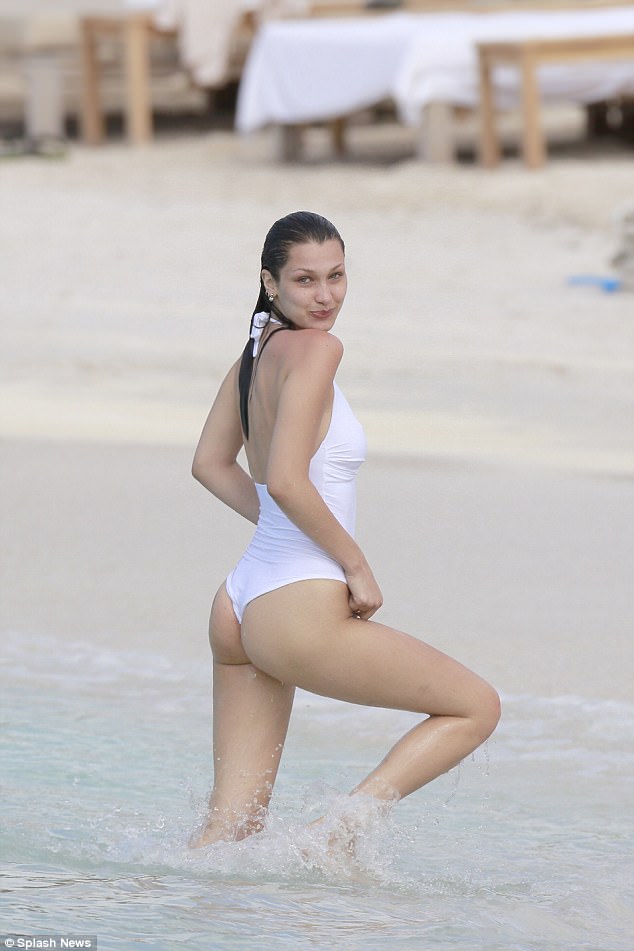 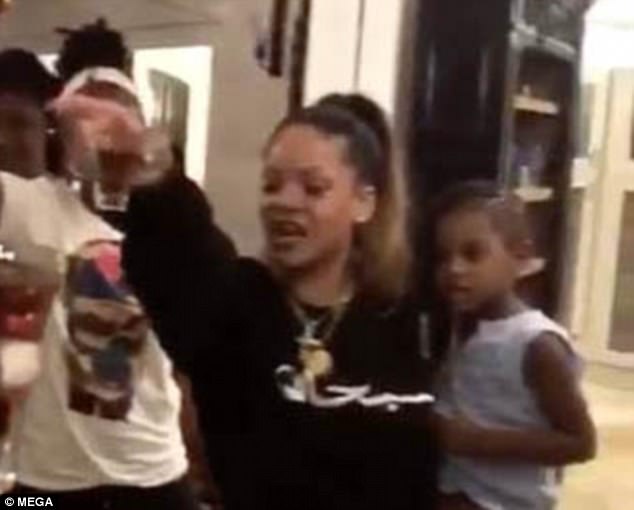 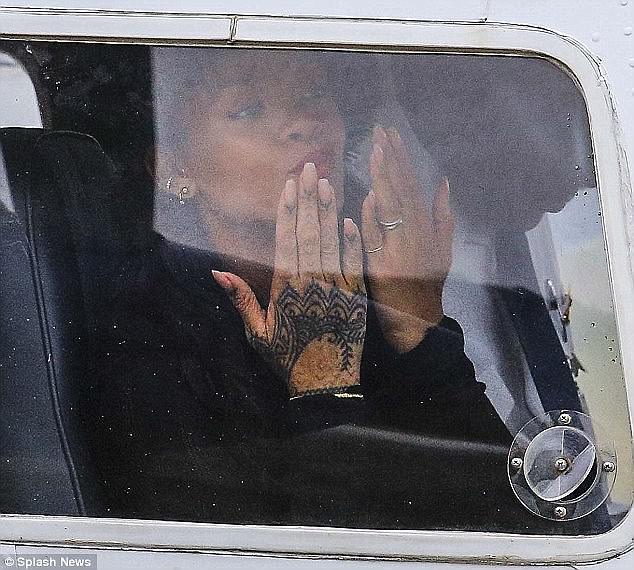 Rihanna kissing St Barts goodbye back in 2015, although the Barbados singer is not expected to be on St Barts this New Year 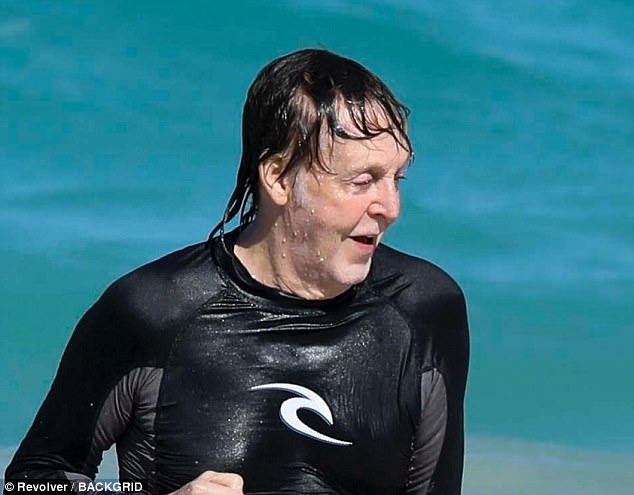 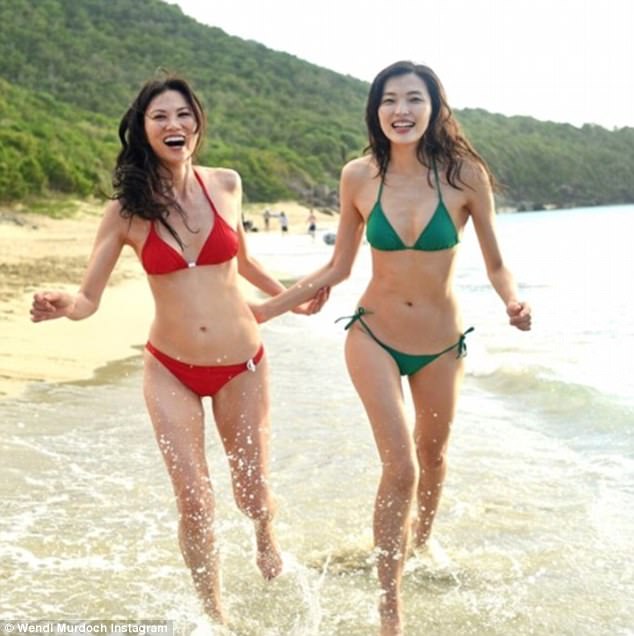 The Chelsea football club owner had hosted a New Year’s Eve party on the island for a number of years, and back in 2011 is believed to have spent more than £5million on the event which saw the pop band Black Eyed Peas scheduled to perform.

His party last year saw the Killers and Paul McCartney in attendance, and the former Beatles star could well attend again as he has been spotted on the island with his family.

McCartney looked extremely merry as he made an upbeat appearance on Friday with his wife Nancy Shevell while on their sun-soaked holiday.

The 75-year-old took to the picturesque beach as he reveled on the sandy shores, while his 58-year-old partner Nancy Shevell, showcased her youthful display in a figure hugging swimsuit with floral embellishments.

And Rupert Murdoch’s famed ex-wife Wendi Deng looked thoroughly relaxed as she posted a picture with her friend Xin Li on the beach in St Barts.

Clad in a skimpy red bikini, the 49-year-old flaunted her sensational physique on the beach jaunt in St Barts.