‘A massive disappointment’: Tottenham boss Mauricio Pochettino pulls no punches in criticism of his players after they squander two-goal lead against Olympiacos in Athens

Mauricio Pochettino ripped into his players on Wednesday evening after Tottenham surrendered a two-goal lead in Greece.

Cruising thanks to goals from Harry Kane and Lucas Moura, the Premier League side capitulated against Olympiacos to start their Champions League campaign with a draw.

And boss Pochettino criticised his flops after the game, accusing them of not sticking to the script. 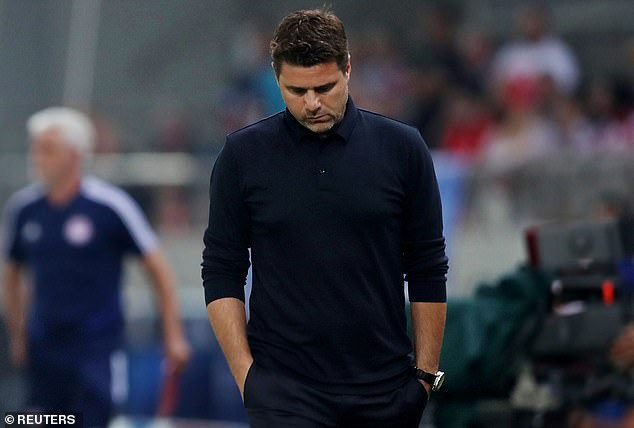 ‘I feel very disappointed, the first half I wasn’t happy with the performance,’ he said.

‘From the beginning we had a plan, and didn’t respect the plan. That’s what disappointed me the most.

‘I told them at half-time, we scored two good goals but in my opinion if you only analyse the performance it wasn’t great.

‘We conceded a lot of chances and the way we conceded the first goal was so painful. We didn’t translate from Saturday’s win over Crystal Palace the aggressiveness needed in these games. That’s my biggest disappointment.’ 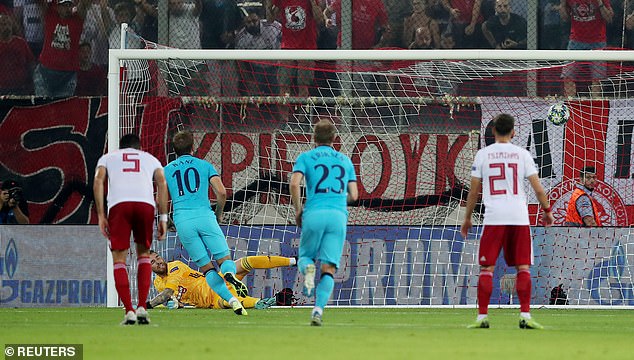 Spurs took the lead in the first half through Harry Kane, who won and scored the penalty

Wednesday night’s collapse was the second time Spurs have squandered a 2-0 lead in 17 days after Arsenal responded to secure a draw in the recent north London derby.

And Pochettino added: ‘It’s easy to explain (why we gave away the leads). When we don’t show that intensity the competition demands we struggle.

‘We are not talking about the quality of players, we are talking about focus, concentration, anticipation. How many times did we anticipate the action?

‘How many times were we not productive like we were against Palace? 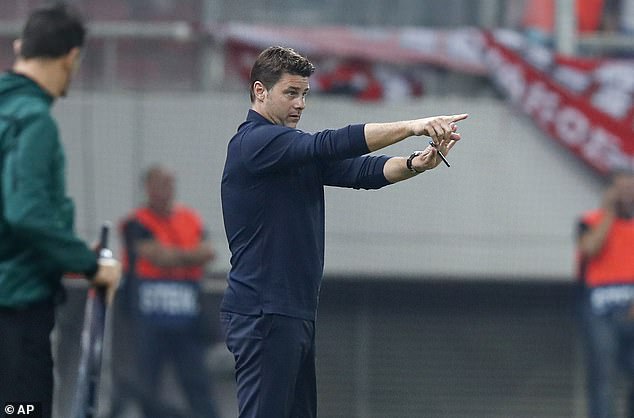 ‘It’s not about tactics or quality players but the level of fight, you need to match the opponent aggressively, in excitement and motivation.

‘It is not possible how we started today and it is a massive difference to last Saturday. A massive disappointment.’