A McDonald’s could be on its way to Rutland, the only county without the Golden Arches in England

The days of Rutland being the only county in England not to have a McDonald’s could soon be a thing of the past.

The U.S. fast-food chain has submitted a planning application that would see a drive-through restaurant built on the outskirts of Oakham which could create up to 65 jobs.

Plans for the scheme have attracted resistance from local residents in the traditional conservative county, home to 40,000 people, that lies between Leicestershire and Lincolnshire.

More than 50 people have contacted the council to officially complain about the plans. One resident said: ‘I’m proud that Rutland is the only county not to have a McDonald’s.’

There’s fears that the arrival of the Golden Arches could irrevocably change the nature of the county.

Sarah Tibbetts, 40, from Oakham, has spoken out against the proposed development. ‘I think it’s really sad,’ she said. ‘Rutland is the only county in England without one. There should be recreation for children, not fast food.’ 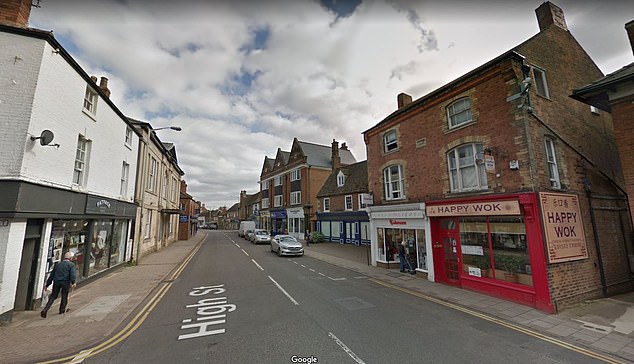 The U.S. fast-food chain has submitted a planning application that would see a drive-through restaurant built on the outskirts of Oakham (Mill Street in Oakham pictured)

‘It’s such a small town to have a McDonald’s,’ said Gaz Ali, manager of an Indian takeaway in the town, as reported by the BBC.

‘At the end of the day it’s going to bring riff-raff,’ he said. His sentiments were echoed by resident Alan Eager, 51, who said he feared the ‘type of people’ that the fast food chain would attract to Oakham.

Other comments put forward to the council include concerns that rats and foxes will come to the area.

‘People say it’s something for the kids but is that what we’re aspiring to? Our beautiful town doesn’t need a McDonald’s,’ another local resident added.

However, others feel differently. 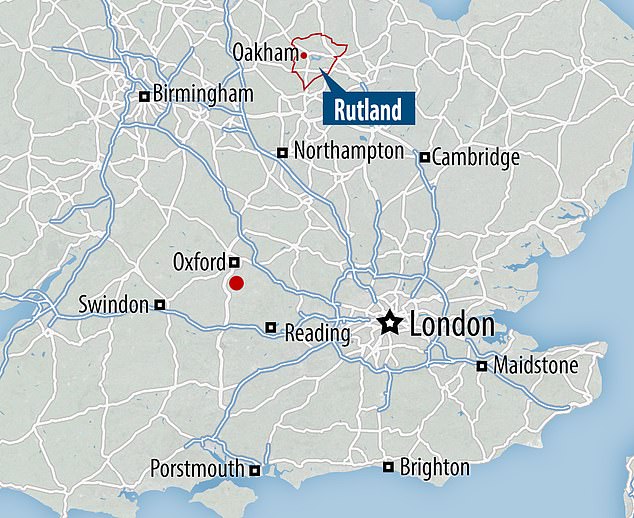 Plans for the scheme have attracted resistance from local residents in the traditional conservative county, home to 40,000 people and between Leicestershire and Lincolnshire

Mother of two Stephanie Simmons, 41, visits a McDonald’s restaurant in Corby, Northamptonshire, 14 miles away, with her children, a couple of times a month.

She said it would be much more convenient if one was built in Oakham.

‘It would be great to have [a McDonald’s] on the doorstep,’ she told the BBC.

Larry Cobley, 72, from Oakham, said he welcomed the plans.

‘We haven’t got much in the way of fast food and there’s only a Domino’s in town,’ he said.

Some younger people in Oakham have said the jobs at McDonald’s could attract more people in their early 20s to stay in the area.

Back in July seven members of Oakham Town Council voted to support the application, with one voting against and three abstaining.

Oakham’s Mayor, David Romney told MailOnline that the town council has welcomed the proposal with conditions centering around opening hours and litter.

‘The Town Council has seen the plans and after deputation from members of the public we looked at all the issues raised and the application as a whole. The Council welcomed the proposal but with conditions as outlined in our response to Rutland County Council, (RCC), he said.’ 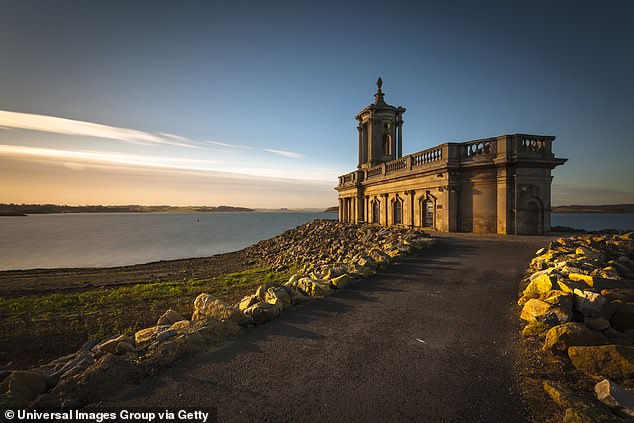 The company said that 394 people attended the public consultation on May 22, which showed 60 per cent either supported a McDonald’s in Oakham, or they were neutral.

If plans go ahead the McDonald’s would be built off Lands End Way, close to a bypass built 10 years ago and there would be parking for more than 50 vehicles.

It would be close to a housing estate and a large out-of-town Aldi and a BP garage with an M&S Simply Food store.

Rutland County Council is still deciding what to recommend to its councillors.

McDonald’s in the UK

McDonald’s opened its first restaurant in the UK in 1974.

The first restaurant was in Woolwich, south east London.

McDonald’s celebrated 40 years in the UK, in 2014, using the milestone to launch Serving the UK, a new campaign to show how McDonald’s has contributed £40bn to the UK economy.

Within the UK there are approximately 1300 restaurants.

McDonald’s has over 36,000 restaurants in the world.

There are approximately 120,00 employed by McDonald’s in the UK and over one million worldwide.

On average, McDonald’s serves more than 3.8 million customers a day in the U.K.