The family of Theo Hayez hold out hope that Belgian and Australian police will find out what happened almost a month after he vanished from Byron Bay.

Theo arrived in the coastal town on May 29, and has not been seen since he left a bar called Cheeky Monkeys about 11pm on May 31.

Dog, foot and aerial searches have failed to locate him.

Now Belgian Police are expected to accompany NSW Police as observers in searches around Byron Bay.

‘It’s going to help us, the most people on the case the better it is,’ she said in Byron Bay on Sunday.

‘I know they’re going to do it.

‘If the Australian police and Belgian police work together it’s going to be faster and everything. That’s the point.’ 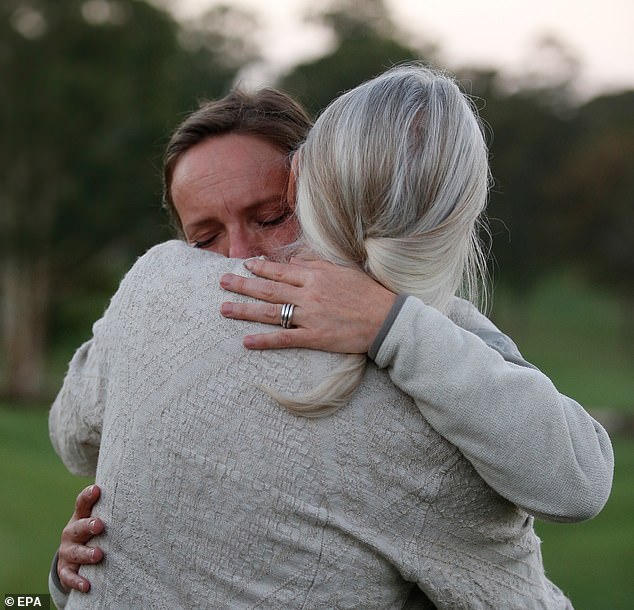 The exact arrival date for Belgian Police is not yet known.

Theo’s father Laurent Hayez thanked volunteers for conducting a coordinated search for him on Sunday.

‘The support they bring to us (gives) us the force to keep face,’ he said.

‘Without all the support in Belgium and here in Australia I think we would be on the couch with tissues crying every day.’

He declined to comment further on the official investigation, saying simply that the family ‘trusts the police’.

‘Thank you to all of you, thank you to the Australian people,’ he said. 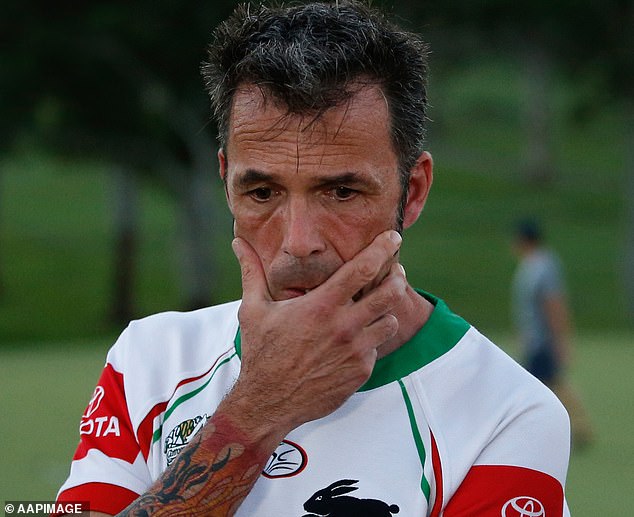 Theo’s father Laurent Hayez declined to comment further on the official investigation, saying simply that the family ‘trusts the police’. He thanked volunteers for conducting a coordinated search for him on Sunday

WhatsApp provided what it could to investigators – limited metadata – but a spokesman told AAP they are unable to decrypt and pass on the content of Theo’s final known messages.

Theo’s family said they will remain in Byron Bay indefinitely.

‘We don’t plan to go home or anything.’ 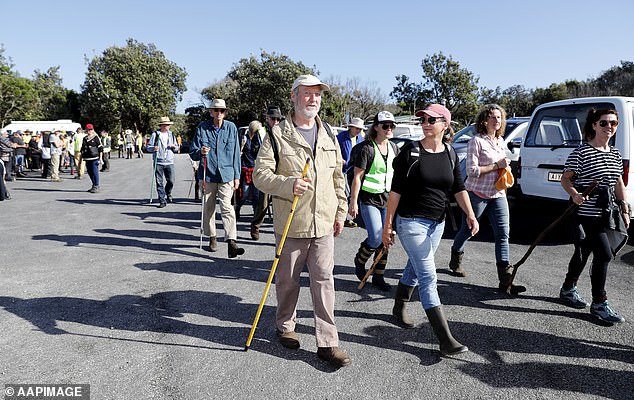 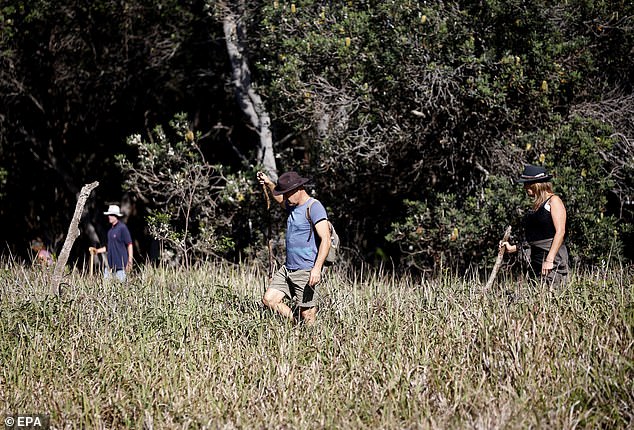 Dozens of volunteers combed through Tyagarah Nature Reserve, north of Byron Bay in New South Wales, in a desperate attempt to find the backpacker

On Sunday dozens of volunteers combed through Tyagarah Nature Reserve, north of Byron Bay in New South Wales, in a desperate attempt to find the backpacker.

The search was organised by Byron Naturist group, in Tyagarah. Many of the group’s members have been searching for Theo since he was first declared missing.

The 18-year-old had been travelling through Australia with his cousin for eight months and was due to head home after a final stint in Byron Bay.

Theo was last seen leaving the Cheeky Monkeys about 11pm on May 31.

His phone gave off its final signal just a few hours later, at the Cape Byron lighthouse. 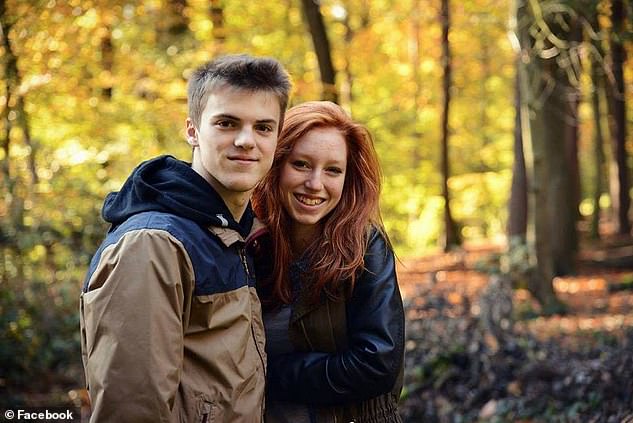 Police received a missing persons report on June 6, after Theo failed to check out of his room on time, and launched an exhaustive search which has so far drawn in dozens of dedicated local volunteers and even psychics. 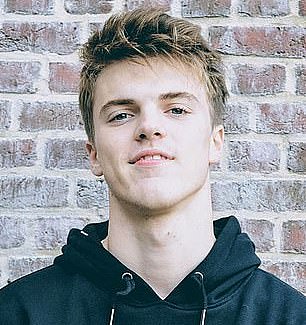 Belgian police had been working alongside Australian detectives in Theo’s hometown to help piece together the 18-year-old’s last known movements.

Ms Marcotty had also shared a smiling photograph of the couple, saying: ‘Every day where we are together is the most beautiful day of my life’.

Bricklayer Christos Tsesmetzis has lead much of the local volunteer searches, and although he never met Theo, he said he was drawn to help.

This week, he told followers he had met Theo’s parents, and described the family as ‘strong’ and ‘loving’ in the face of unspeakable distress. 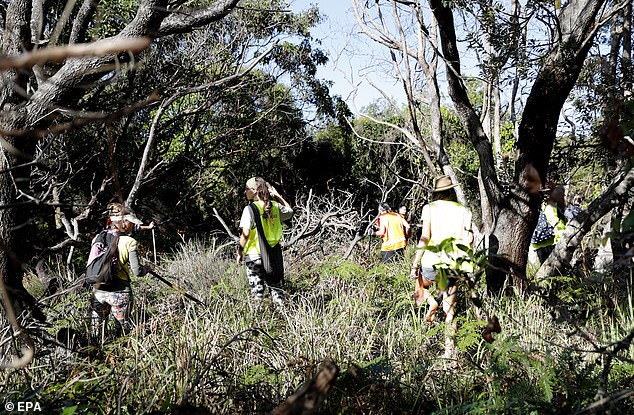 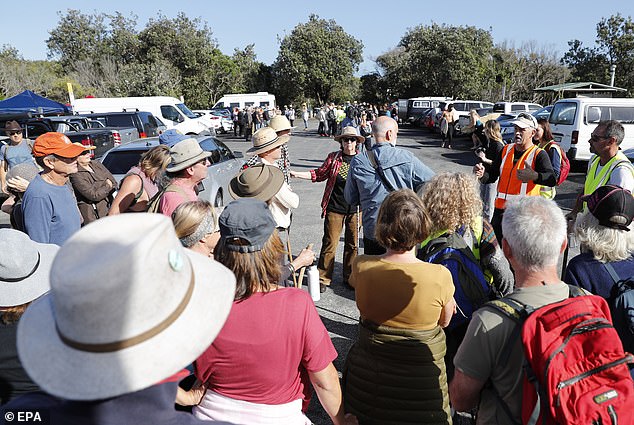 Sharing a message from the backpacker’s parents, Mr Tsesmetzis said the volunteer group would not give up their search and that Theo’s mother and father were deeply grateful locals had taken up their cause.

‘The love and appreciation they wish to extend to the dedicated community and volunteers is overwhelming,’ he said.

‘They cry over the endless support you have shown, both, through messages from around the world, down to the beautiful folk on their hands and knees searching.

‘Yes, we are all emotionally and physically torn apart, but, we shall power on.’

Theo’s father, Laurent Hayez, was the first parent to arrive in Australia, telling media he would stay until his son was found. 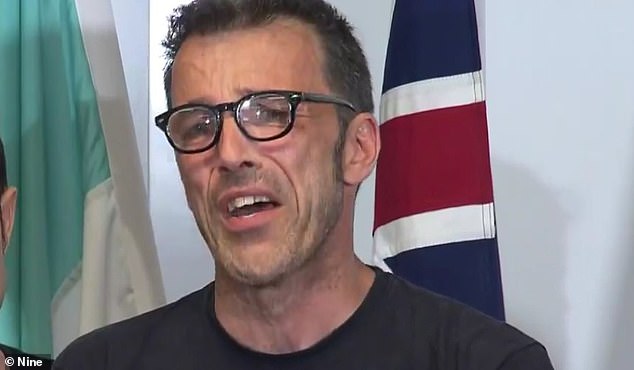 Theo’s father, Laurent Hayez last Monday told media he had promised the teenager’s brother he would find the traveller, and vowed not to return until he did

‘When I left Belgium I promised Theo’s little brother, Lucas, I would bring his brother home, please help me keep my promise to him,’ he said.

Theo’s mother Vinciane Delforge has also travelled to Australia, but is yet to address reporters.

Ms Delforge earlier told a local news outlet in Belgium she ‘would love to believe he just met a girl and had a fling’. 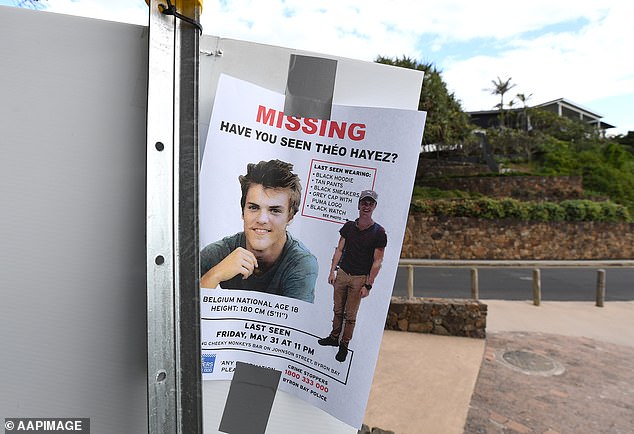 She said her son was a ‘meticulous planner’ who had thoroughly researched his gap year to Australia in the months prior to leaving his home town.

Police suspended the three week search for the teenager over the weekend after confessing they were baffled by the case and had struggled to find any new evidence that could shed light on his disappearance.

But NSW Police told Daily Mail Australia on Thursday the search had resumed.