A P-plater has been fined more than $500 after being caught driving a truck overflowing with gravel.

The unnamed 19-year-old drove a truck full of unsecured gravel on Sydney’s north shore, leaving a trail of dirt spilling onto the road.

Gravel was seen scattering out of the white utility truck onto Telegraph Road in Pymble on Sydney’s north shore. 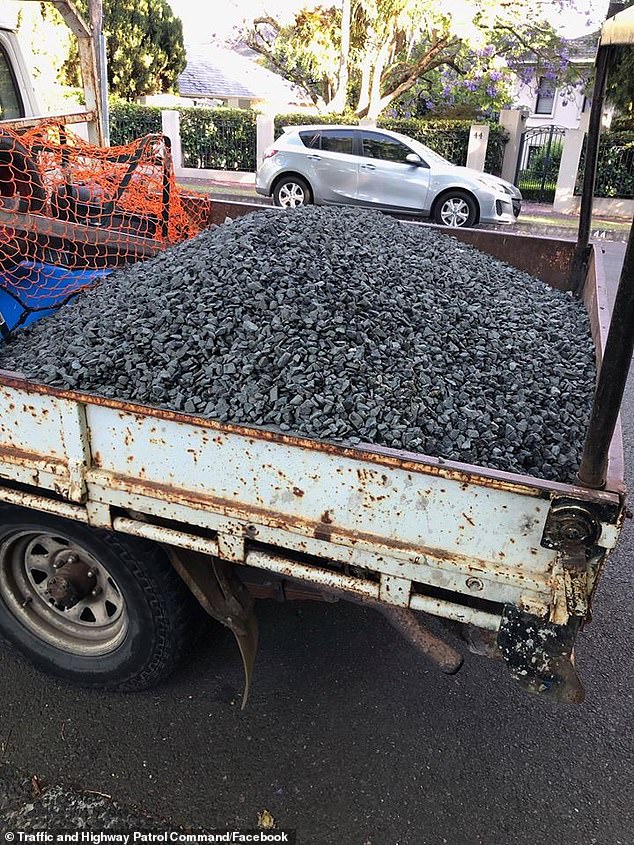 The driver of the white truck was fined $457 for the gravel and 3 demerit points, and another $114 for defective brake lights

The teenage driver, from Hornsby, was stopped by Kuring Gai Highway Patrol who found the gravel was not restrained in any way, was loaded well above the tray sides and was spilling onto the roadway.

In an expensive morning for the driver, he was fined $457 for the gravel and a further $114 for defective break lights. He was also given 3 demerit points on his licence.

Using the hashtag #loadfail, the Highway Patrol shared the offence on Facebook to warn other drivers.

‘He was directed to have the load corrected before leaving. #loadfail’

While the young driver should have likely known better than to drive with the dangerous load, there are a number of more bizarre offences that could land drivers with hefty fines.

New South Wales motorists can cop a $165 fine if they’re caught driving through a muddy puddle and splashing a pedestrian.

And music lovers who blast bass-heavy beats while driving could be slapped with a $150 fine if their tunes fall under the category of ‘offensive noise’. 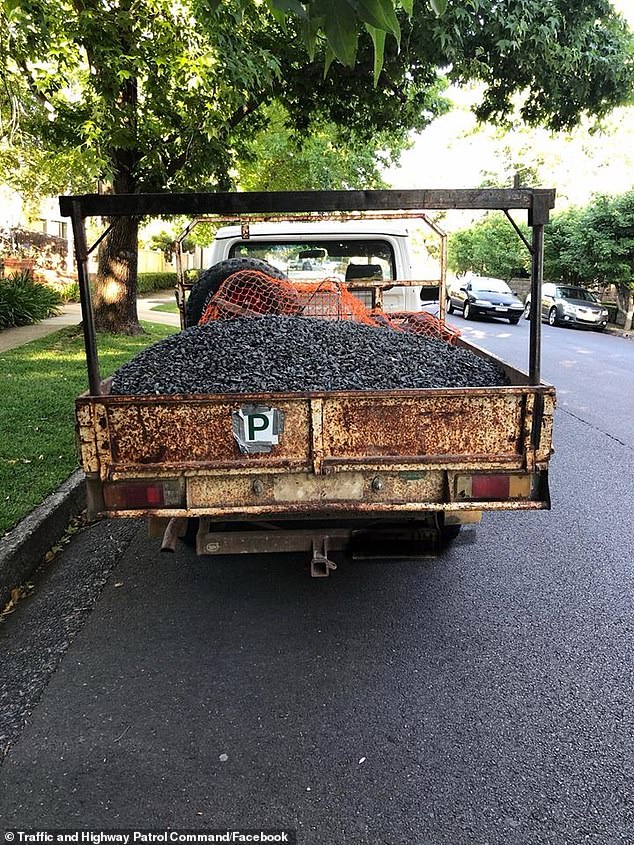 The truck, which has a P-plate on the back, left gravel spilling onto the street in Pymble