By Amelia Roach and Manoli Luxford For Daily Mail Australia

Cult restaurant chain, Five Guys, is set to open a second Australian store in the heart of the Sydney CBD despite the last store being slammed by some critics as a ‘rip off’.

The new restaurant will be opened on George Street underneath Sydney’s heritage listed Spiden House and serve its American-style customisable burgers, hotdogs, fries and classic milkshakes.

The announcement comes just six months after the enormously successful chain opened its first Australian location on September 20 in Penrith. 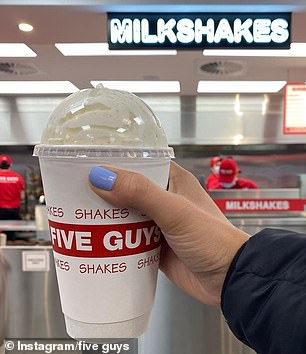 Fast food fans are stoked to hear that cult restaurant chain, Five Guys, is set to open its second Australian store in the heart of the Sydney CBD on George Street underneath Spiden House

Five Guys is a family-run burgers and fries joint that started in America in 1986, offering a menu all made from scratch.

Now, decades after Five Guys first opened, there are locations across North America, Europe, the Middle East and Asia, and soon in Australia, with planned expansion into New Zealand.

The Penrith store has left Aussies divided about the US burger giant – with some diners claiming it’s ‘overpriced’. 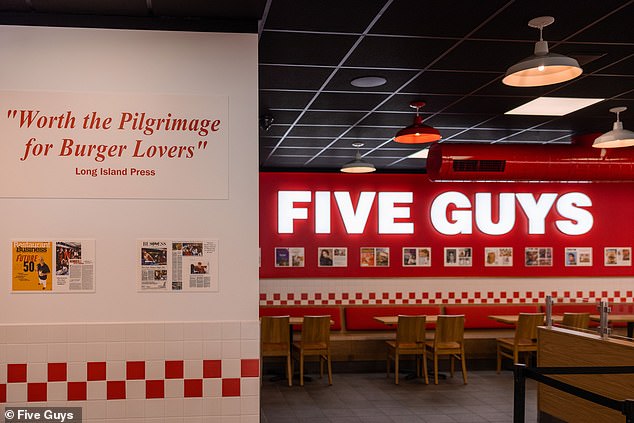 The criticism followed a social media-famous food critic slamming the Penrith store, claiming its $215 price tag for a family meal is a ‘rip-off’ and no better than Hungry Jack’s.

TikTok creator Fred, known for his forthright opinions on fast food, visited the world-famous restaurant – and he wasn’t impressed.

In his video, the food reviewer said he ordered six burgers, three milkshakes, four servings of fries and four drinks. Furious to be charged $215 for the order, he posted a second video showing one of the $19 burgers. 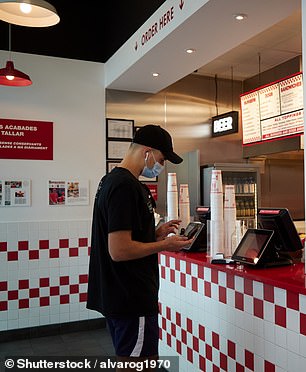 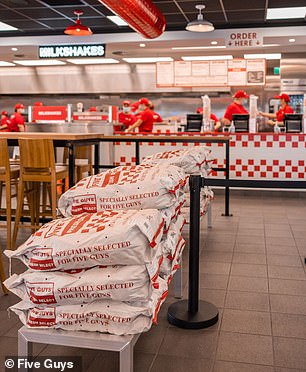 He took a bite to see whether the taste was comparable to the price and after a few mouthfuls.

Fred told his loyal foodie fans the burger was on par with the $5 meals available at Hungry Jack’s.

In the video comment section some agreed, one wrote: ‘Never was a fan of it when I lived in America.’ 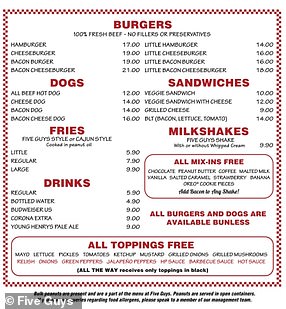 BURGERS: Five Guys burgers are made with only the highest quality and freshest ingredients. Hand-formed burger patties with no preservatives, no hormones, and no antibiotics. Buns are baked fresh daily with a secret recipe and warmed on a dedicated grill to get the perfect toast.

HOT DOGS: All-beef hot dogs, split and grilled lengthwise for a caramelized exterior. With the added option of melted American-style cheese, crispy smoked bacon, or both.

FRIES: Fries are hand cut daily, cooked in peanut oil and made boardwalk style, firm on the outside with a creamy, mashed potato filling. Get them the traditional Five Guys way or try them with spicy Cajun seasoning.

SHAKES: Five Guys shakes have a creamy, vanilla base. Customise them by adding one or more of the 10 premium mix-ins like crispy bacon, real bananas, fresh strawberries or cold-brewed coffee made daily in store. 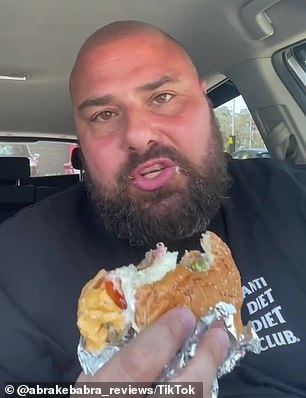 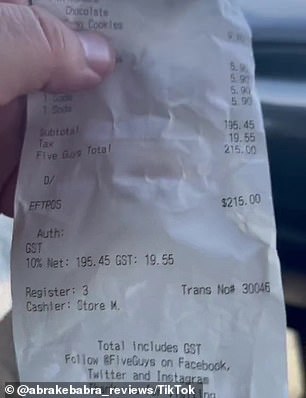 TikTok creator Fred, known for his forthright opinions on fast food, visited the world-famous restaurant – and he wasn’t impressed for the price of his order

While others argued the food reviewer shouldn’t have complained about the cost if he had seen the prices before ordering.

‘What, you didn’t see the prices before you ordered? Don’t pay and then complain. I don’t understand people or these negative comments,’ one said.

Despite the controversy, the store has thousands of loyal fans and plenty will be storming the newest arrival later this year.