Man is charged over brawl that left a father with two broken eye sockets, a shattered nose and fractured cheek at a junior footy game is granted bail

A 36-year-old man accused of assaulting a spectator at a junior rugby league game in southeast Queensland has been granted bail.

The men are each charged with assaulting a 35-year-old man who was left with serious facial injuries during the brawl. 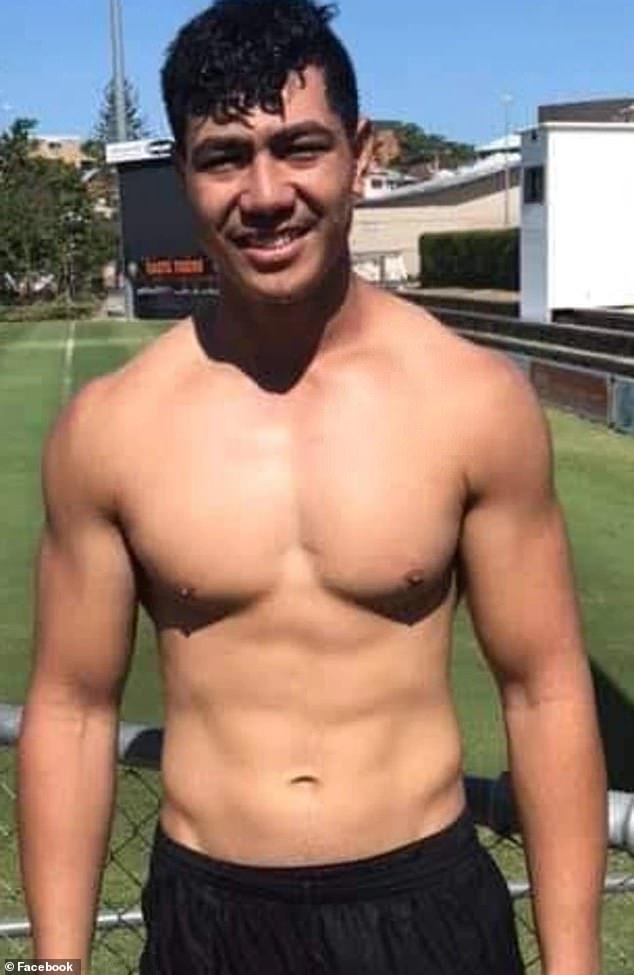 The alleged attack occurred during an under 13 rugby league game at the sports ground at Wynnum, southeast of Brisbane, about 11.30am on Mother’s Day, May 9.

The men faced Wynnum Magistrates Court earlier this month where Tuialii and Sepulona were refused bail.

Tuialii took his bid to be released to the Brisbane Supreme Court, where it was not opposed by the prosecution on Thursday. 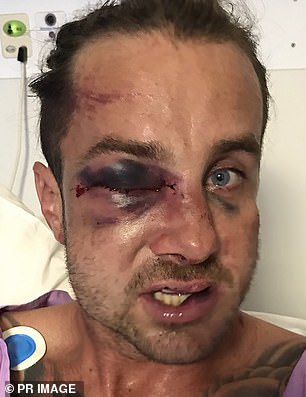 Josh Jones (pictured) in hospital after the alleged brawl

During the earlier court appearance, police said there was an initial incident in the grandstand when Josh Jones – whose son was playing footy – was punched and kicked.

Mr Jones fell down the stairs, knocking over a 59-year-old woman who was also injured.

This was followed by a ‘feeding frenzy’ where Mr Jones was set on by a group that allegedly included the four men, magistrate Zac Sarra said while watching footage of the incident.

The men are due to have their matters mentioned in Wynnum Magistrates Court on July 12.

They are all suspended indefinitely from rugby league matches by Queensland Rugby League. 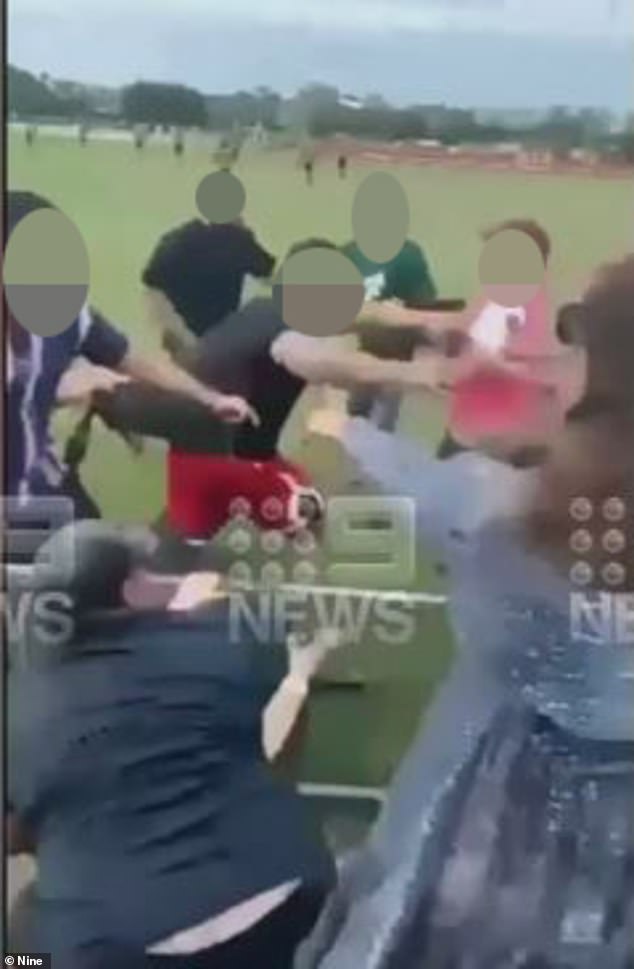