A raccoon dresses like a human for dinner in Russia

Raccoons are often perceived as garbage scourging pests, but when wearing shirts, they are suddenly transformed into the most adorable stars of a one-minute video clip.

A video taken in Russia shows a raccoon wearing a blue checkered shirt, sitting up at a table where a plate of snacks is in front of him.

Despite the smart apparel, the animal is stuffing its face with the treats before it, not leaving much in the way of table manners.

Another raccoon – not dressed in a shirt – is seen behind his stylish friend trying to get at the goodies.

Eventually the dressed raccoon makes room for its friend and they both get to enjoy the food together.

The video was shot this July. 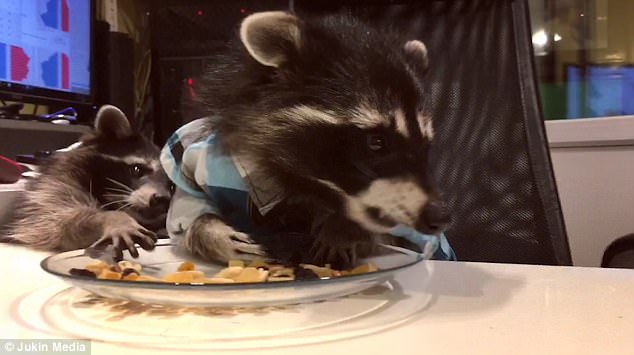 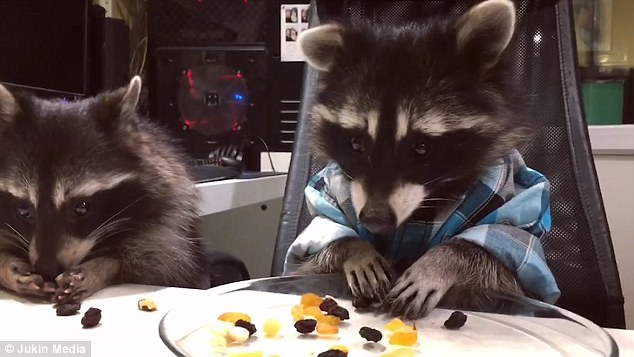 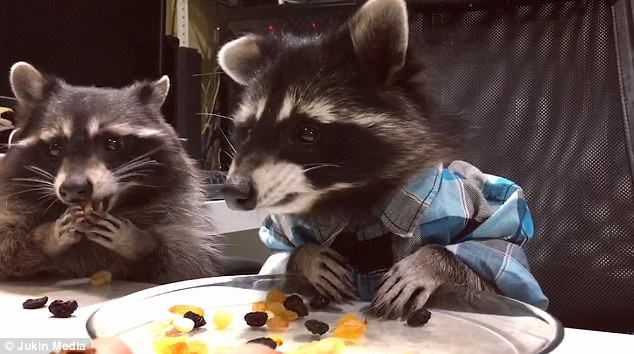 Raccoons have never looked so adorable! Maybe this will become a regular dining affair?