A Republican, Democrat, and Independent get stoned

Some may call it the devil’s lettuce, but marijuana proved to be a great peacemaker when three people with very different political ideologies got together for a smoke – and a debate.

Democrat Shakira, Independent Anthony, and Republican Chelsea sat down with Cut.com to have a filmed political chat with the help of several joints, a bong and some snacks.

The debate began immediately, with the group recognizing that the country’s political climate has been incredibly tense lately.

A Democrat, Independent and Republican walk into a bar… Shakira (left), Anthony (center) and Chelsea (right) had a stoned political discussion

They agree on some things: As soon as they sat down, the trio admitted that political tensions have been high lately, with Democrat Shakira blaming it on President Donald Trump

Chelsea said she doesn’t talk about the topic with strangers because a lot of people ‘get offended with politics nowadays,’ which she doesn’t get since she believes that people shouldn’t be offended by the views of others.

Shakira interjected, to say that people are not offended by others’ views, but by President Donald Trump specifically, who she believes is legitimizing racists.

‘They have someone who’s leading this country that’s telling them, “Hey it’s okay to feel the way that you feel because I’m your leader and I feel the same way,”‘ she reasoned.

But, just as the debate started to heat up, the weed got served and the group suddenly got a lot more mellow and willing to agree on issues.

Five minutes into the smoke session, Chelsea and Anthony agreed that social media has intensified the negativity hanging over the nation.

Hit the bong! At one point, when the argument was intensifying, Shakira lost her train of thought, admitting she was high

But Shakira challenged that idea, asking them if they thought the negativity has anything to do with who the president is.

‘I think it’s a factor but I don’t think it’s the main reason,’ Chelsea responded.

One thing most seemed to agree on was the media’s responsibility on rising political tensions, with the group saying they believe the media are biased and only care about ratings and profit.

After smoking for 20 minutes, Anthony felt more optimistic, insisting: ‘The one thing we all gotta agree on is that we still all are Americans.’

‘I think that’s what Trump brings back,’ replied Chelsea as Shakira rolled her eyes.

‘I think he’s bringing it back to white America,’ Anthony said.

Yet when asked if they think Trump’s presidency is escalating racism in the US, they all agreed that he is, even Chelsea who replied: ‘Yes, 100 per cent.’

Anthony opened up about growing up Mexican and poor, saying that although he’s had people telling him to go back to his country before, he never let it affect him. 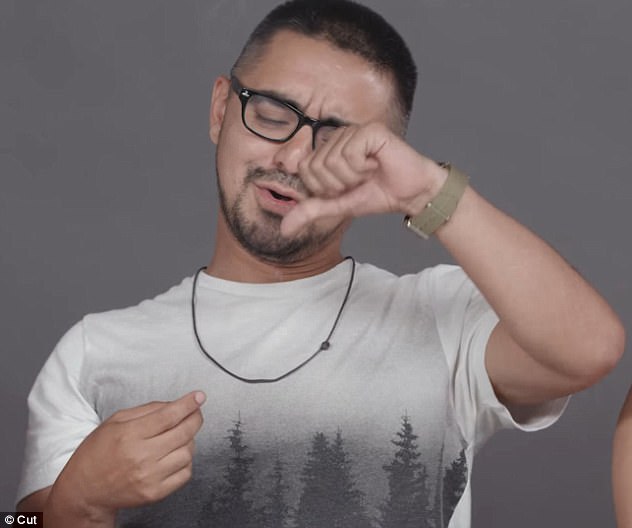 He just shrugs it off: Anthony told the group that growing up Mexican and poor, he’s no stranger to be told to ‘go back to his country’

Shakira, who’s black, then shared that the first time she experienced racism was when she was at a store and security got called on her because she was not ‘dressed a certain way’.

‘I really realized I was black that day,’ said Shakira.

But just as it looked like breaking weed together was going to put the group on the same page, tensions started to rise again when Chelsea replied to Shakira and Anthony’s take on race.

‘I think some of these stigmas you place upon yourselves,’ Chelsea said, while adding that when she was two years old she ‘s*** her pants’, and never did again after her mom told her not to, seemingly comparing minorities to toddlers.

Thankfully, the weed did its job and the awkward moment was broken when Shakira lost her train of thought in the middle of her comeback.

After 40 minutes, and now having given into the munchies, snacking on Oreo cookies and potato chips, the unlikely trio played a round of the game F***, Marry, Kill.

Perhaps surprisingly, Shakira and Chelsea, admitted they would rather sleep with President Trump than with Speaker Of The House Paul Ryan or Vice-President Mike Pence. 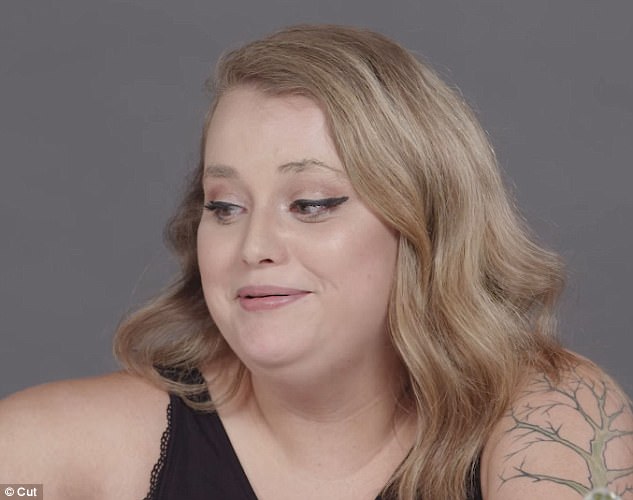 On second thought… By the end of the smoke session, Chelsea was left feeling more like an Independent than a Republican 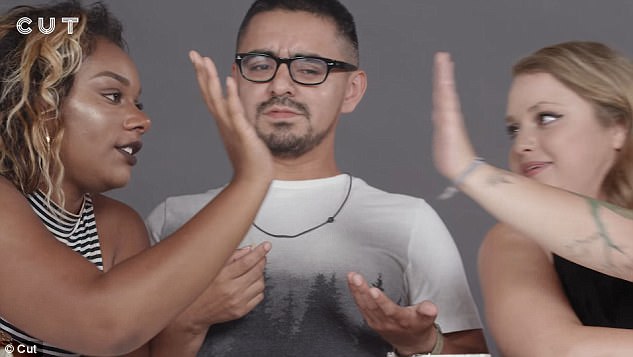 High Five! Shakira and Chelsea, who seemed to have the most differences at first, had a lot in common, including the fact that they didn’t vote in the last presidential election

As the weed kept flowing, Republican Chelsea seemed to be moving farther and father away from her party.

When asked if any of them benefit from the Affordable Care Act, or Obamacare, Chelsea, who became a single mom at age 18, admitted President Barack Obama’s health care system has ‘helped her tremendously’.

‘It’s the only medical insurance I can get,’ she said, adding that it’s a ‘touchy’ subject for her because the possibility of Obamacare being repealed scares her.

At the end, the Democrat and Republican apparently had more on common than they’d thought. Besides both agreeing they’d rather have sex with president Trump, they also admitted to not voting during last year’s presidential election.

Shakira said she didn’t vote last year because she didn’t want to choose between two bad options, and Chelsea admitted she also didn’t vote because she couldn’t commit to voting for Trump when she knows ‘he’s treating people like s***’.