A scorchingly original tale of sexual desire? No, the Brontës got there first

Tarantara! Tarantara! Two or three times a year, a book is published to great trumpet blasts of praise. Famous actors say they couldn’t put it down. Distinguished authors declare it important and groundbreaking. Oprah Winfrey gets involved. The words ‘classic’ and ‘masterpiece’ crop up.

This summer, it’s the turn of Three Women by Lisa Taddeo.

‘I literally could not put it down,’ says Gwyneth Paltrow on Instagram. 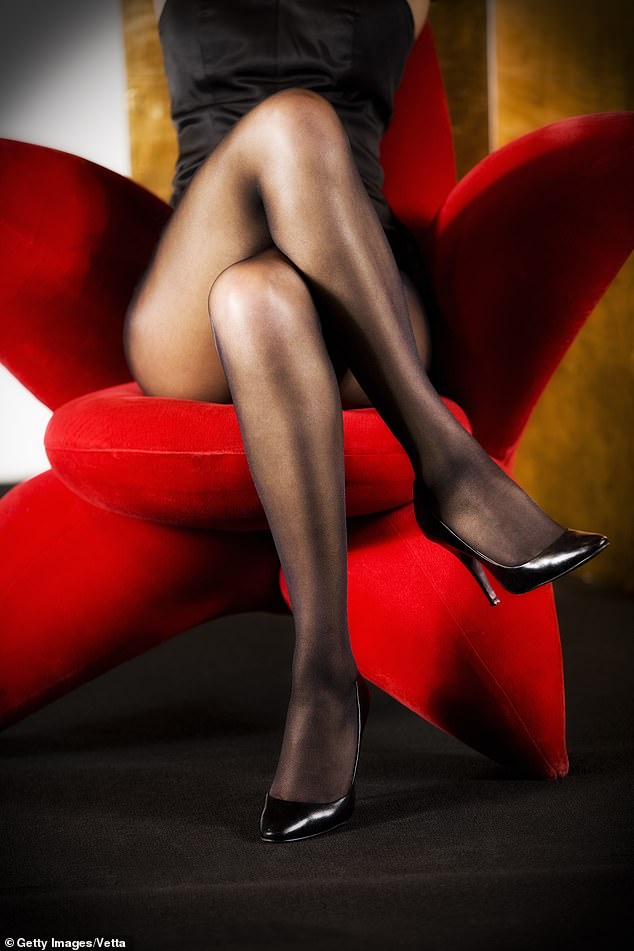 ‘One of the most riveting, assured and scorchingly original debuts I’ve ever read’ writes Dave Eggers, on the dust jacket. ‘I can’t imagine a scenario where this isn’t one of the more important – and breathlessly debated – books of the year.’

‘A non-fiction literary masterpiece at the same level as In Cold Blood… I know already that I will never stop thinking about the women profiled in this story – about their sexual desire, their emotional pain, their strength, their losses,’ says Elizabeth Gilbert, author of Eat, Pray, Love, which received the same sort of treatment a decade or so ago.

And Oprah Winfrey’s magazine calls it both ‘an instant feminist classic’ and a ‘frankly game-changing work of narrative non-fiction’.

So expectations are running high; so high, in fact, that they can only be dashed.

Some time ago, Lisa Taddeo, an American journalist, was approached by a publisher with the idea of updating a book first published nearly 40 years ago. Thy Neighbor’s Wife by Gay Talese was a wonderfully nimble examination of sexual liberation in Seventies America. Unlike Three Women, it was trashed by many critics. They thought it prurient and voyeuristic, and were particularly upset at the shameless way in which Talese placed himself in the narrative, taking part in swingers’ evenings, and even, at one stage, managing a massage parlour.

Forty years on, people are beginning to recognise what a great book it is. What they thought voyeuristic they now see as intellectual curiosity; what they condemned as shamelessness they now recognise as honesty.

Gay Talese had spent nine years and ‘thousands of hours’ writing and researching his book, which is almost the same length of time Taddeo claims to have spent on hers.

If we are to take her word for it, she criss-crossed America six times to interview ‘hundreds’ of women about sexual obsession, before finally narrowing down her choice to concentrate on just three.

These three women, two of whom she gives fake names, are united only in being slaves to sexual desire.

Sloane, a glamorous, charming, well-off restaurateur from Newport, Rhode Island, is married to a man who encourages her to have sex with other men so that he can watch it, either live or on video. It makes her happy. ‘She felt loved.’ But then she falls in love with one of her volunteers, his wife intercepts their text messages, and it all goes belly-up, as it were.

Lina’s husband no longer shows any sexual interest in her, so she reignites an old flame. He soon dominates all her thoughts and actions, even though she knows he is a slob, and only interested in one thing. ‘The truth is – Lina knows it in clear moments on clear days – he thinks of her only when it’s convenient and when he’s drunk and when he’s bored and when there is a perfect storm of possibility. When he can see her easily and not risk being caught or being in trouble with work or wasting too much gas. But even then, he won’t mind if he doesn’t. Even then, he can take it or leave it.’

The third woman, Maggie (the only one called by her real name), lives in Fargo, of all places, and her story shares the general air of hangdog seediness of the witty film and TV series of that name. Aged 17, Maggie pursues an affair with her high-school English teacher, Aaron Knodel, a married man with two children. Knodel’s wife eventually discovers a suggestive text, and Knodel calls it off. Maggie is devastated. Some years later, Knodel is named North Dakota Teacher of the Year, and Maggie is spurred to report him to the police. The 30-year-old Knodel is prosecuted for the corruption of a minor, a charge carrying a maximum sentence of 35 years in prison.

These three stories might have been told in three separate sections. Instead, Taddeo has chosen to intersplice them, so that you get ten pages of one, followed by ten pages of another, and so on. This creates a jerky and sometimes muddling effect, and to no great gain.

As well as the ‘thousands of hours’ she spent with the three women, Taddeo also says she conducted lots of interviews with their friends and families, though they are not given a voice in the narrative. In a funny way, the women themselves are not given a voice, either, as their stories are all channelled through Taddeo, so that it is sometimes hard to tell whether we are being presented with her words or theirs.

For instance, ‘flutter’ is not a verb you hear often, but in this book it crops up in different places to describe the movement of eyelids, hands, a basketball action and a lovestruck heart.

On page 11, Taddeo, adopting a godlike authorial voice, addresses Maggie, saying ‘he loved your little hands. Back then, his own hands fluttered inside you’.

On page 121, Maggie, the high-school student, reads a text from Mr Knodel, her teacher, and, we are told, ‘her heart flutters’.

On page 188, we read of Mr Knodel at a basketball game at school ‘fluttering down from the basket to cheers’.

On page 297, the author herself is with her dying mother in hospital and reports that her ‘eyelids fluttered’.

This suggests to me that the word flutter is a favourite of Taddeo’s, and that when, for example, she says that Maggie’s heart ‘flutters’, this is not Maggie’s word for it, but her own. This may explain why, throughout the book, Taddeo’s own voice – shouty, insistent, urgent, moralising – seems so much louder than those of the three women. 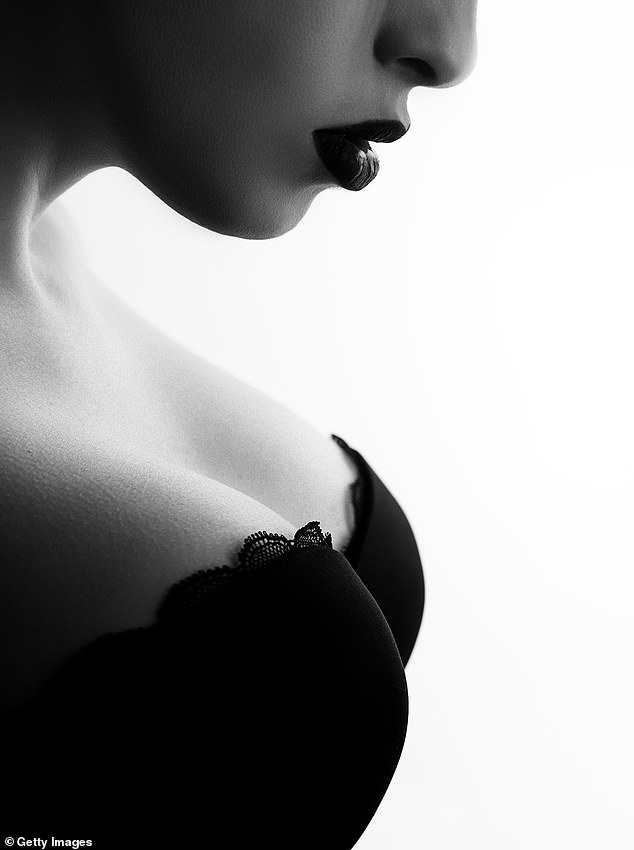 Three Women has much going for it. It has verve and pace, and most of us find the peculiarities of other people’s sex lives hard to resist. But it is hampered by the bluntness of the author’s language, too blunt for tracing with any precision the subtleties of human emotions

At times she is like a ventriloquist, putting her words into their mouths, while making them sound like their own. At one point she writes of Maggie: ‘The problem, she’s starting to understand, is that a man will never let you fall completely into hell. He will scoop you right up before you drop the final inch so that you cannot blame him for sending you there.’ But is this really what Maggie is starting to understand, or is it what Taddeo wants her to start to understand?

And is it really true of all men, as she implies? Anxious to be universal rather than purely specific, Three Women is peppered with such generalisations, most of them portraying women as victims, and men as their physical and/or mental assailants. ‘Throughout history, men have broken women’s hearts in a particular way. They love and then grow weary and spend weeks and months extricating themselves soundlessly, pulling their tails back into doorways, drying themselves off, and never calling again.’ But is this not true of just as many women, too? The heart-breaker, like the broken heart, can be male or female, and a fair number of men and women have surely experienced both at different times.

Three Women has much going for it. It has verve and pace, and most of us find the peculiarities of other people’s sex lives hard to resist. But it is hampered by the bluntness of the author’s language, too blunt for tracing with any precision the subtleties of human emotions. I also found her frequent attempts at wise-old-owl aphorisms misplaced and annoying. ‘But life knows when to throw in a plot twist. It is an idle but seasoned screenwriter, drinking beers alone and cultivating its archery’ is the sort of thing she likes to say.

Taddeo has attempted, like Gay Talese before her, to capture something in the zeitgeist. ‘I believe that their stories conjure desire as it is right now, the beast of it, the glory and the brutality,’ she concludes. But, if you take away the videos and the text messages, the stories of these three women are as old as time – stories of female yearning and male indifference. Better, I would have thought, to read Flaubert or the Brontës, who got there first, and did it better.