There once was a time that travellers wanting to experience a traditional beer hall needed to head south to Bavaria, where each of the famous local breweries have their own cavernous drinking den. But in recent years the beer hall has come to Berlin, both via Bavarian breweries bringing the tradition north, as well as through more local establishments.

The Hofbräuhaus in Munich is a legend, a place where countless visitors to the Bavarian capital have sunk many happy hours on long wooden tables, drinking from one-litre Maß glasses of Hofbräu beer. Since 2011, the spirit of Oktoberfest has been brought to the German capital, including south German culinary specialities, live music, dirndl-wearing waitresses and, of course, the beer. The lunch menu at Hofbräu Wirtshaus offers great deals on daily specials, and with space for 4,000 happy drinkers, you can be sure of a party 365 days a year.

The Augustiner beer halls in Munich tend to have a slightly less raucous reputation than the Hofbräuhaus, and the same can be said of their simple-yet-elegant beer hall in the heart of Berlin. Alongside the classic beer hall menu centred on sausages and other meaty treats from the Bavarian-Austrian culinary tradition, one of the highlights of the Augustiner am Gendarmenmarkt is the chance to try their Edelstoff beer, served daily from 1800 from the original wooden barrel.

One of the first breweries to make the journey north and open up a beer hall in Berlin, Weihenstephaner occupies a beautiful historic cellar on Hackescher Markt. These rustic halls are furnished with traditional tavern tables, and there can’t be many more atmospheric spots to have a beer in the city. There’s a menu of traditional beer hall specialties, and don’t miss the chance to try their wheat beers, for which Weihenstephaner are justifiably proud. 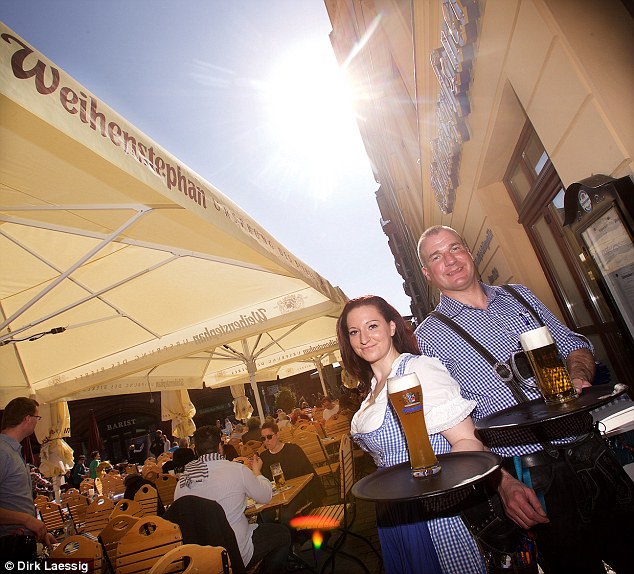 Completing the set of iconic Bavarian breweries in Berlin is the Löwenbräu beer hall on Leipziger Straße in the centre of the city. They offer a range of beers on tap, from the classic Löwenbräu light beer to dark beers, a pilsner and the ever-popular Franziskaner wheat beer. There’s also a range of Bavarian dishes to go with your drinks and it is all served in the classic Bavarian beer hall atmosphere, with a nice beer garden for the warmer months.

Bavarians don’t have the monopoly when it comes to great German beer, whatever the average person from Munich might like to tell you. Other regional specialties have opened up their own outposts in the capital, including Gaffel Kölsch. A clear, top-fermented beer, Kölsch can only be brewed in a certain region in and around Cologne, and the Gaffel Haus Berlin is the beer hall of one of the most famous Kölsch breweries. As well as the beer, there are plenty of Rhineland culinary treats to try. 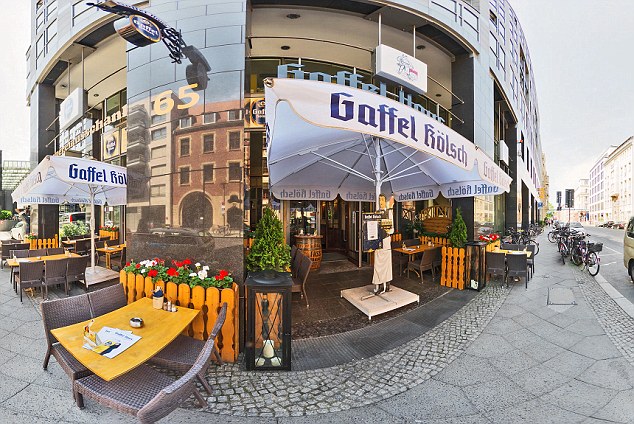 Bavaria doesn’t have a monopoly on great German beer, as Gaffel Haus proves with its signature Cologne-brewed Kölsch

Berliners themselves have been no slouches when it comes to embracing the idea of the beer hall and the Georgbräu Berlin was one of the first of the modern breed, opening its doors on the banks of the River Spree in 1992. The eight atmospheric rooms are a great place to sample the beers that are brewed in-house, including their classic light and dark beers. Contact them in advance and you can arrange for a 10 or 20 litre keg to be waiting for you on your table.

The brick arches beneath the S-Bahn are where you will find the original Brauhaus Lemke between Alexanderplatz and Hackescher Markt. One of the first craft beer brewpubs to open in the city, Brauhaus Lemke has built its reputation on the quality of its beer and food, as well as the classic long tables and convivial atmosphere that all beer halls need. They also have branches on Alexanderplatz and close to Schloss Charlottenburg, in the west of the city. 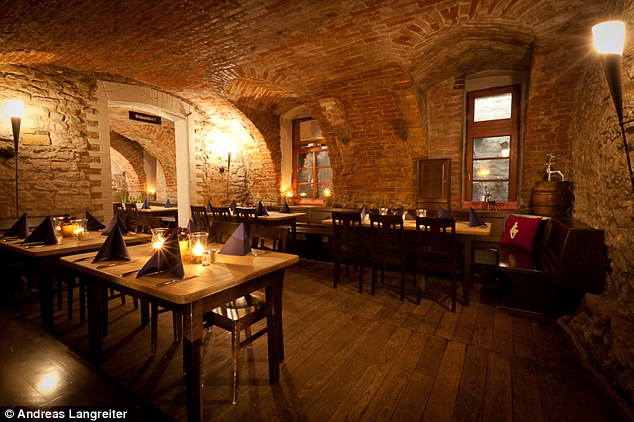 A modern variation on the classic beer hall, the Lindenbräu am Potsdamer Platz can be found within the landmark Sony Center complex, part of the “New Berlin” that developed around Potsdamer Platz in the 1990s. Linking the south of the country to the capital, the Lindenbräu menu offers a mix of Bavarian, Austrian and Berlin specialities, and Lindenbräu beers include a traditional Bavarian wheat beer, brewed in the Allgäu, as well as a dark beer, and unfiltered beer known as a Zwickl and a classic Berlin pilsner.