A smiling Hilary Duff brings home a new St. Bernard puppy as she unloads the dog onto her NY stoop

Hilary Duff brings home a new St. Bernard puppy as she unloads the ‘baby girl’ onto her NYC stoop: ‘No name…taking suggestions!’

On Saturday the 33-year-old Younger actress and her husband Matthew Koma went on a mini road trip to Harleysville, Pennsylvania to pick up their St. Bernard puppy.

After sharing a photo of the baby girl who currently has ‘no name,’ Duff said she was ‘taking suggestions’ as she unloaded her newest addition onto her NYC stoop.

Puppy joy: Hilary Duff, 33, is seen with her adorable new St. Bernard puppy on her NYC stoop after road-tripping to Pennsylvania on Saturday to pick up her new furry companion

She wore a light face of makeup opting for mascara and some sparkly eyeshadow for their exciting day.

Layering the cozy suit underneath a blue fleece jacket, the expecting mom looked  a tad overwhelmed as she braced for change. 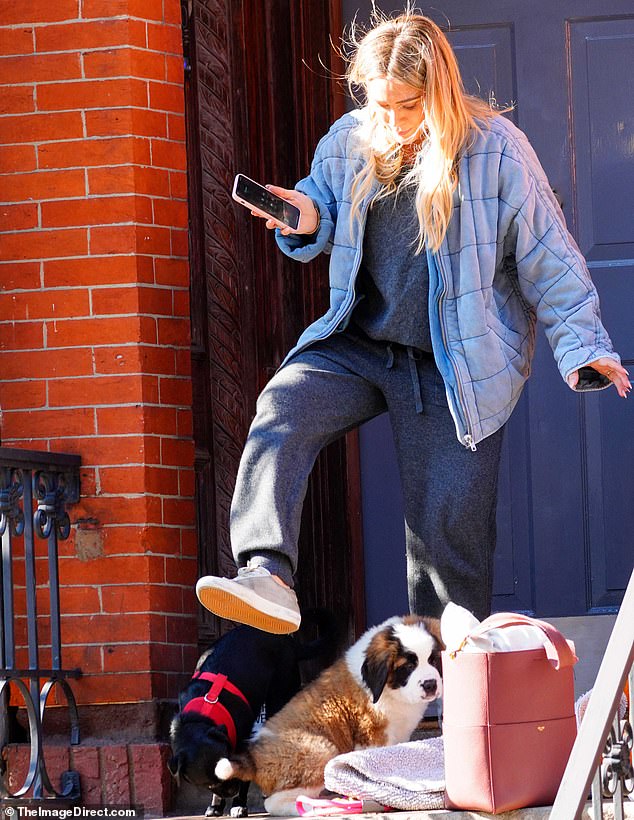 Chaotic: Duff had to make sure not to step on either of the dogs as she gently stepped over them while unloading her car

She juggled the sweet puppy and all of her accompanying supplies including a pink leash and a purple rug, as she talked on the phone.

Her other dog seemed to be sniffing out his new sister as he swarmed the fluffy puppy.

With her red leather purse resting on the stoop, Hilary tried her hardest not to step on either of her dogs as she unloaded  her car. 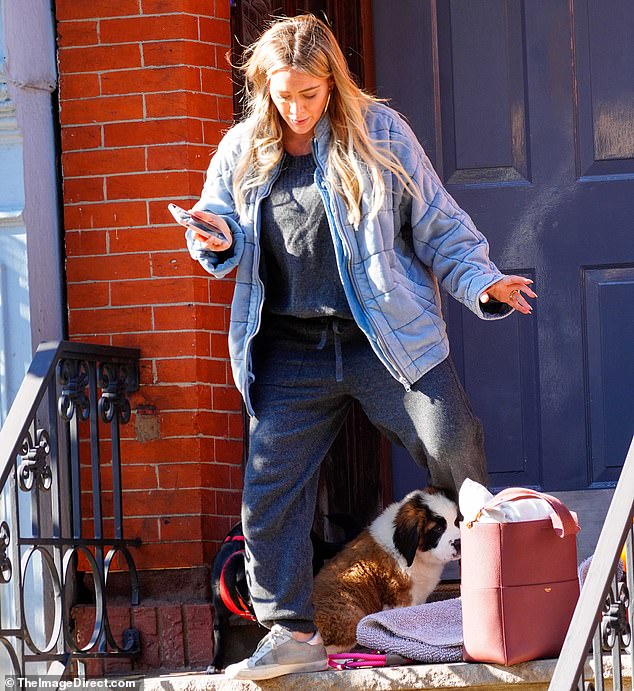 Fast friends: The Younger actress’ other dog seemed to be sniffing out his new sister as he swarmed the fluffy puppy

In a video shot before picking up the puppy, Duff and Koma sat in the car as she told her 15.9M followers that they were ‘going somewhere special.’

Asking her husband of almost a year ‘where are we going?,’ Matthew joked ‘to a farm to get murdered by this guy,’ as he laughed.

Leaning into the joke, Duff told her fans ‘ ‘If we do go missing we’re on Old Forty Foot Rd in Harleysville Pennsylvania,’ as she continued, ‘But we are going to get a puppy right now!,’ as she covered her mouth with excitement.

Matthew responded ‘Maybe,’ to getting the dog, with Duff telling him to ‘be positive.’ 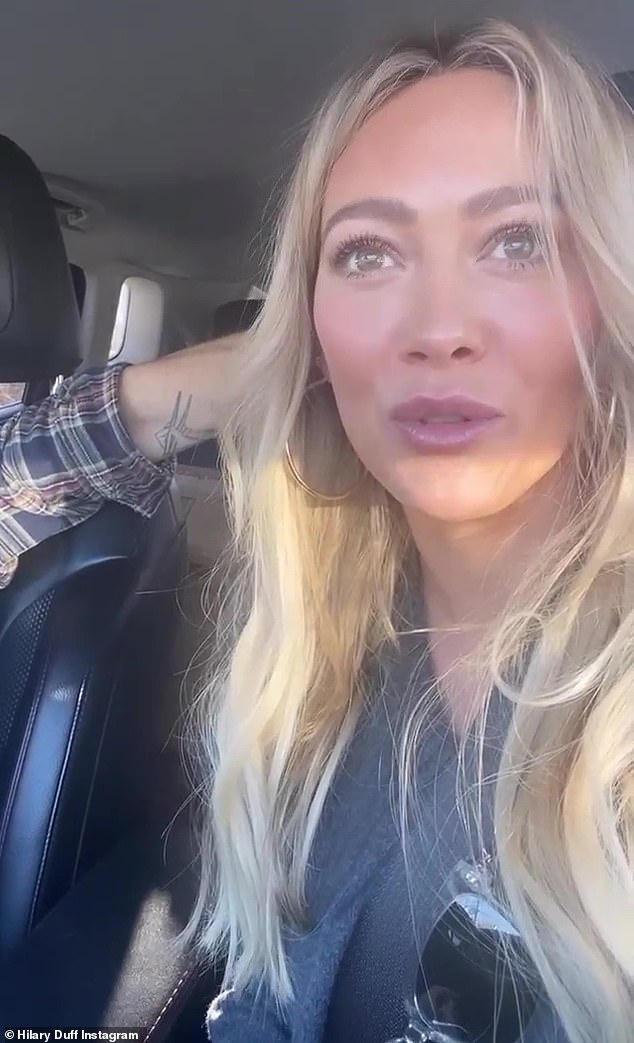 Special adventure: Hilary told her followers that she and Koma were en route to go get their puppy in Pennsylvania 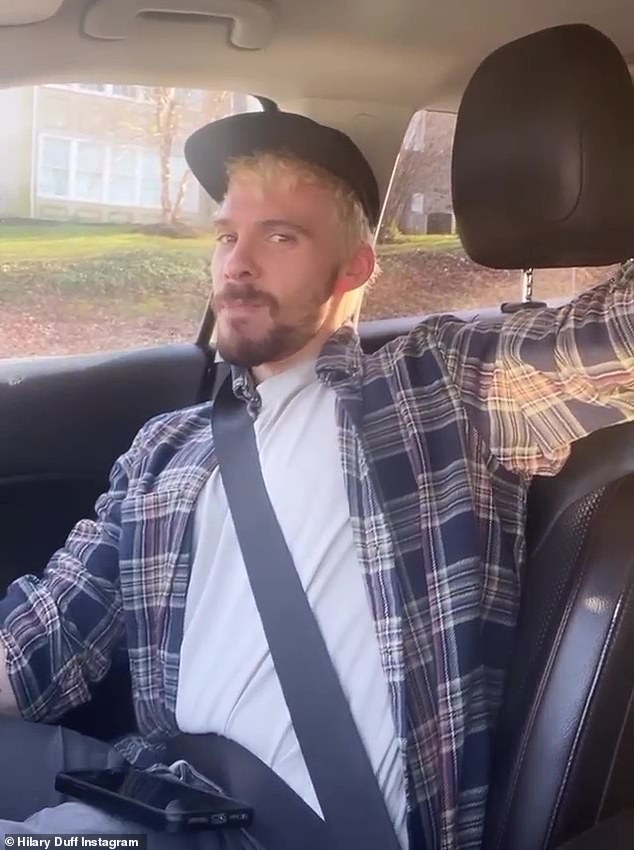 On guard: Due to the remote location of the farm, Matthew joked that they were going ‘to a farm to get murdered by this guy,’ as he laughed 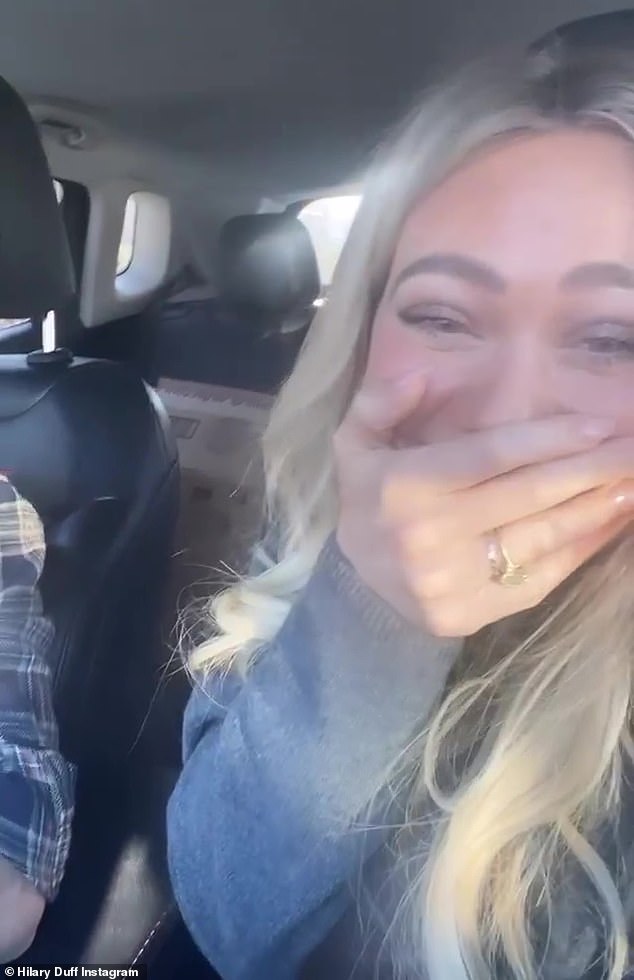 Overjoyed: Her voice shaking with excitement, she could not contain her joy as they headed to pick her up 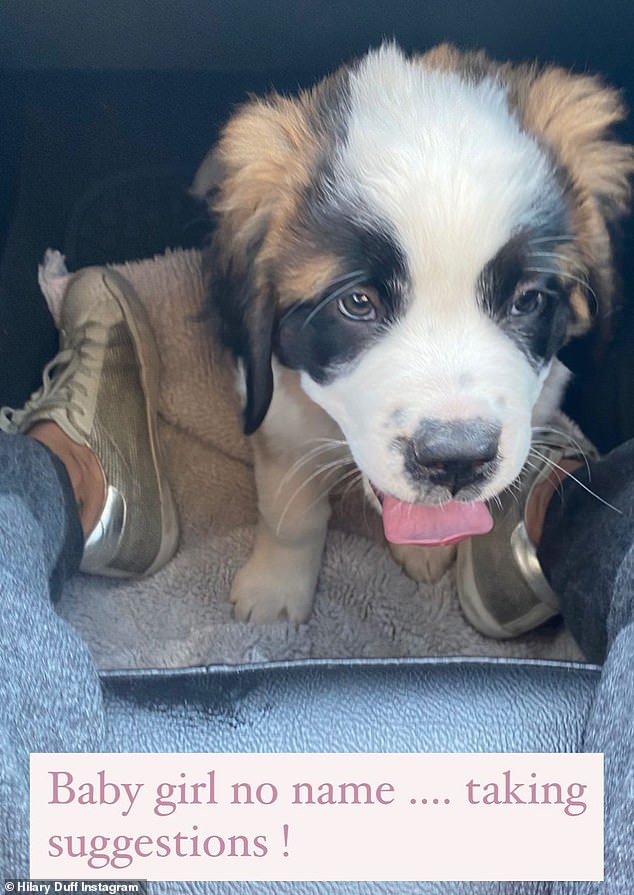 After procuring the pup, Hilary shared a close up of the fluff ball on the floor of their car as they traveled back to the city to bring her home.

Yesterday she shared that her son Luca, eight, was coming to visit them in New York in time for their puppy arrival, after three weeks apart.

Her only child from her first marriage to hockey player Mike Comrie, Luca had been back in California while Hilary films her show Younger in NYC.

Koma and Duff share two-year-old daughter Banks together and are expecting a second child in 2021. 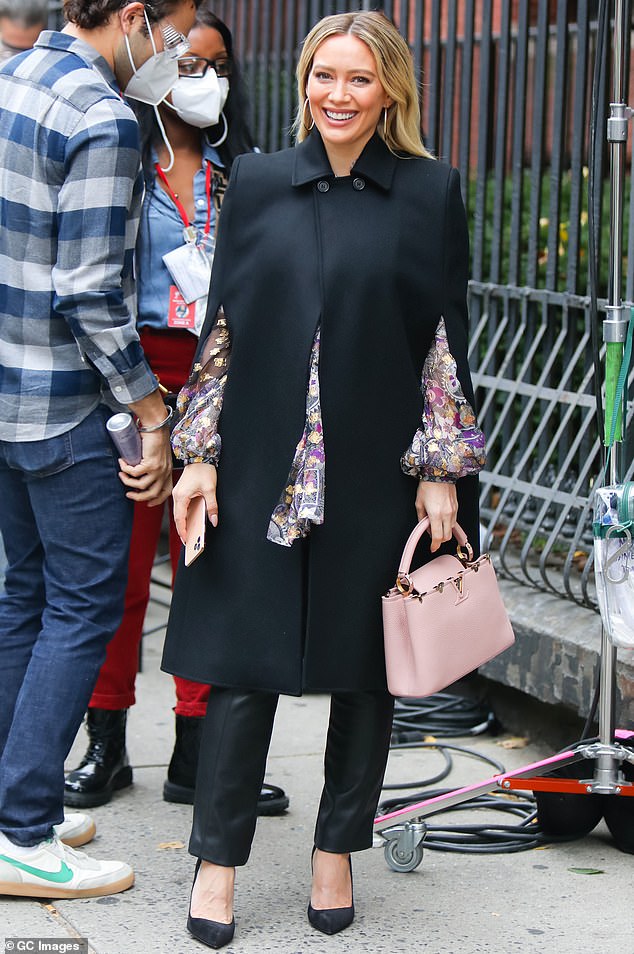 Back to work: Hilary has been in NYC since October as she films season seven of her show Younger; pictured on set November 11th