A statue to be proud of! People share photos of heartwarming monuments that ‘enhance surroundings’

Statues to be proud of! People share photos of heartwarming monuments that ‘enhance their surroundings’ – from Anton Chekhov’s dachshunds to Paddington eating a sandwich

People have taken to social media to share images of the heartwarming statues that enhance their local area.

Historian and author James Barr, from London, encouraged Twitter users to share monuments they believe ‘enhance their surroundings’ in a thread.

His plea comes after a number of ‘racist’ monuments were torn down in the wake of the Black Lives Matter protests. On Friday, statues in Parliament Square – including those of Winston Churchill, Nelson Mandela and Mahatma Gandhi – were boarded up to prevent them being targeted.

People from across the world shared images of their favourite statues in the thread. Some posted snaps of the stone tribute of Hachikō, a Japanese Akita dog remembered for his remarkable loyalty to his owner, Hidesaburō Ueno, for whom he continued to wait for over nine years following Ueno’s death.

Others cited statues of Paddington Bear that can be found around London; one sees him sat on a bench eating a sandwich in Leicester Square while another shows the character at Paddington Station.

A monument to Chekhov’s dogs in Moscow also received praise as people agreed that statues of animals were always pleasing. Here FEMAIL brings you some of the most treasured statues from around the globe.

People are sharing their favourite statues that ‘enhance their surrounding’ amid a global conversation on statues and their historical significance. Pictured: TV detective Columbo and his dog, located in Budapest 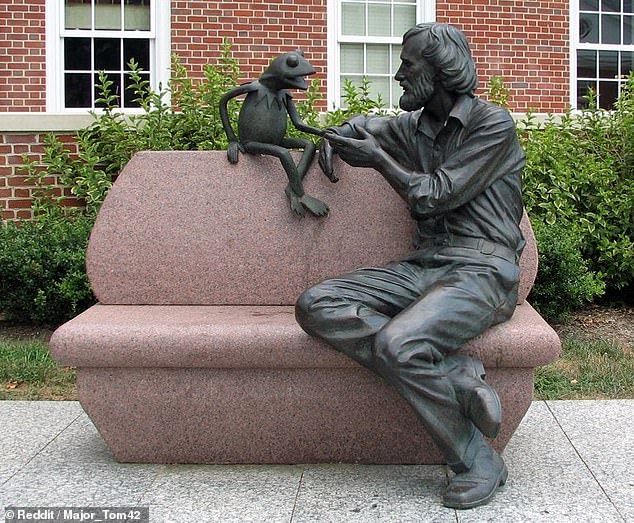 Conversation with Kermit: A statue of Jim Henson, the creator of The Muppets, sits proudly in front of the Adele H. Stamp Student Union at the University of Maryland 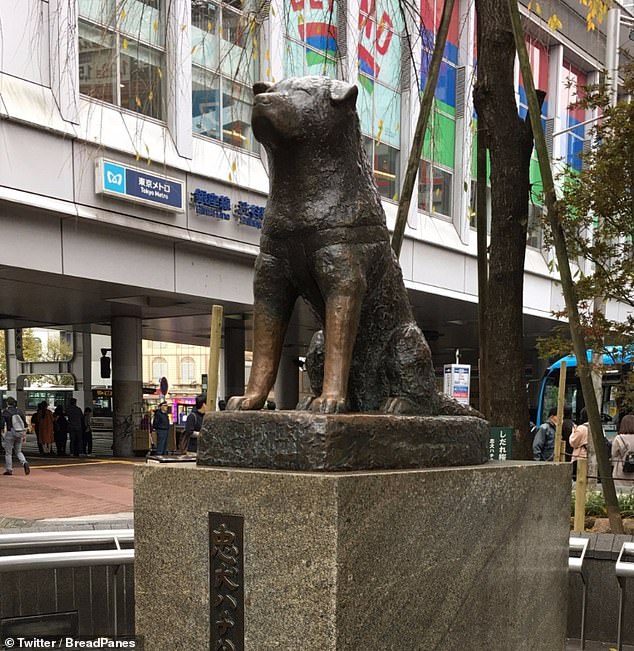 The statue of Hachikō, known as the most loyal dog in history, can be found in front of the  Shibuya Station in Tokyo. Hachikō famously waited for his owner at the station before dying in 1935 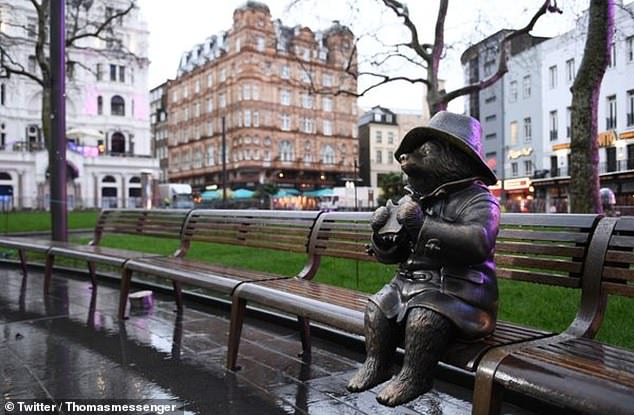 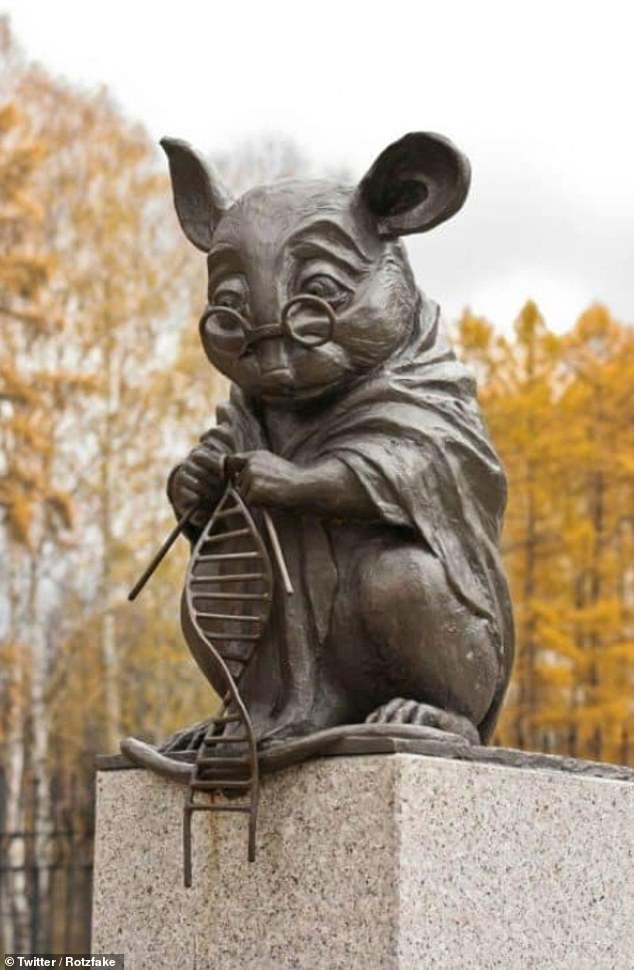 In Moscow, this cute statue shows a mouse knitting a DNA sequence. It commemorates the unique way the animal has contributed to advancing science throughout the years 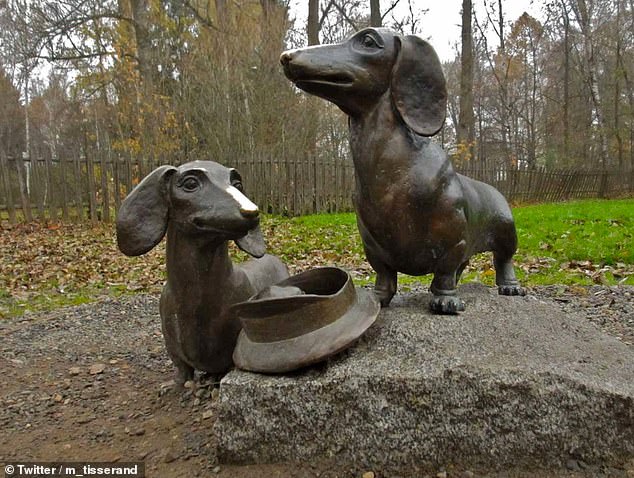 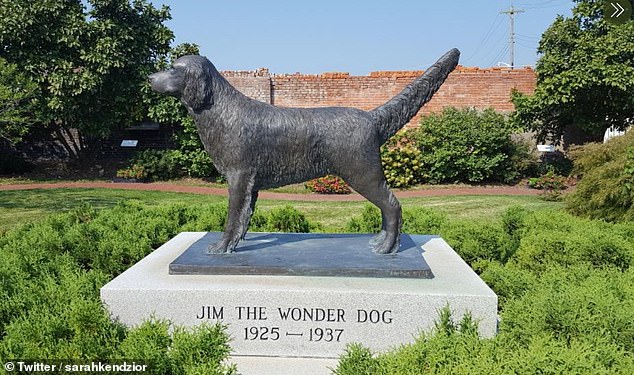 In Missouri, people have erected a statue celebrating the life and work of psychic dog Jim ‘The Wonder Dog’ who passed away in 1937 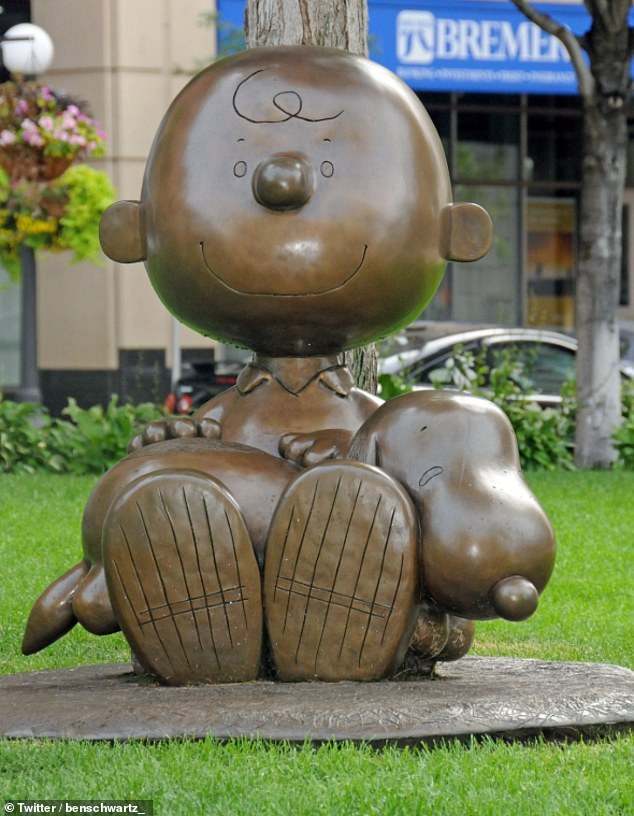 The Hometown of cartoonist Charles Schulz – St Paul, Minnesota – is peppered with statues commemorating his character Peanut, including this monument 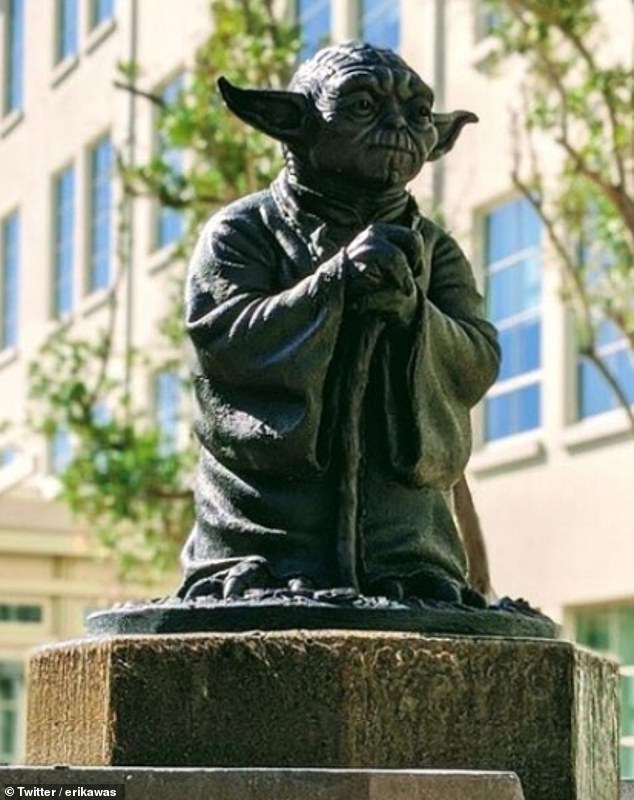 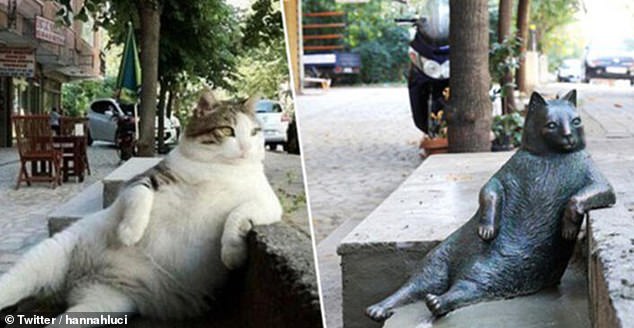 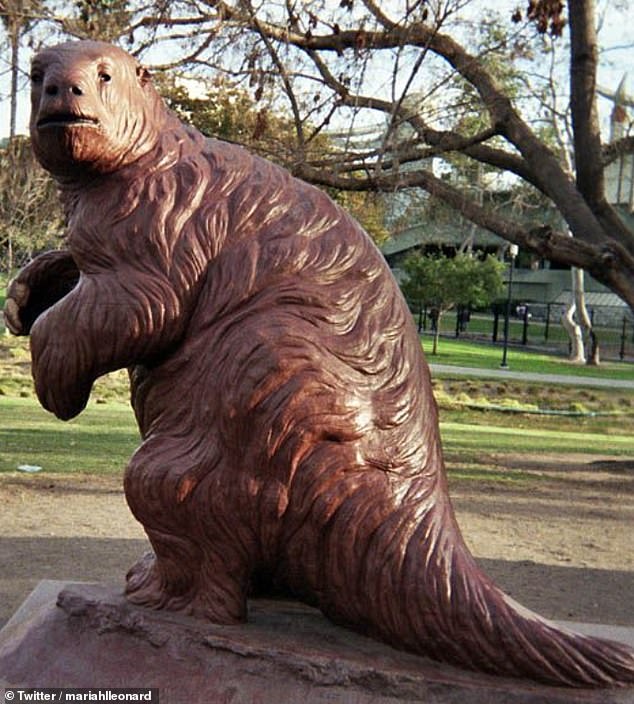 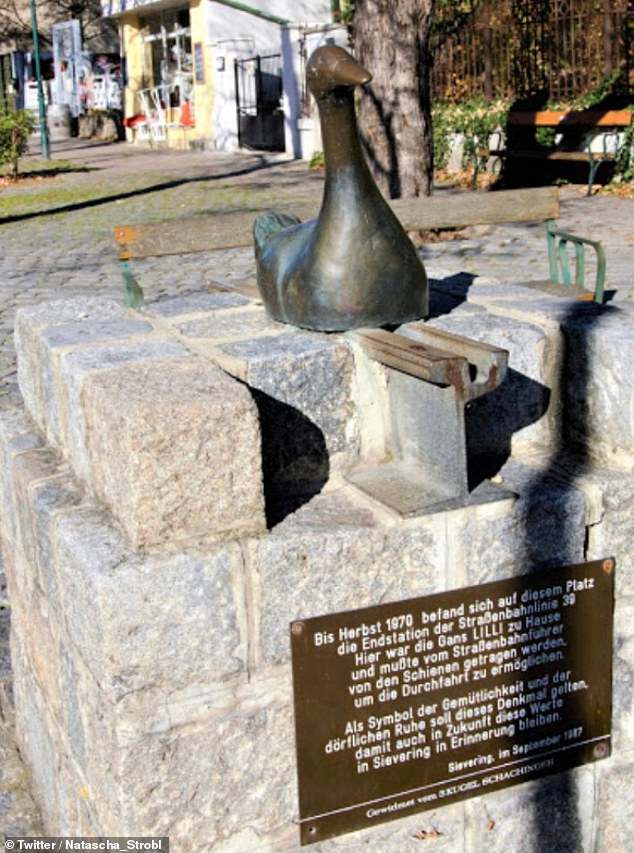 Lily, a goose who settled herself near a tram’s final stop in Vienna in the 1970s, also got a statue which is beloved by locals 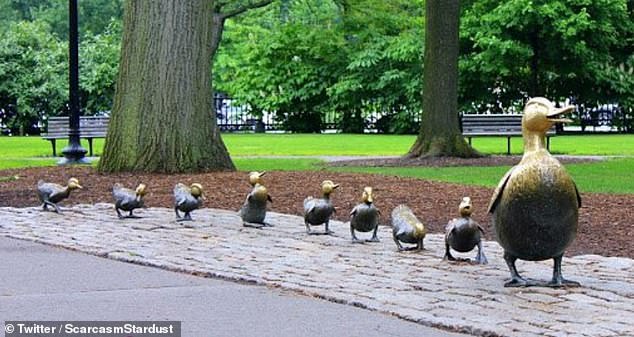 In Boston, Make Way for Ducklings, by Nancy Schön, is rightfully one of the city’s favourite works of arts 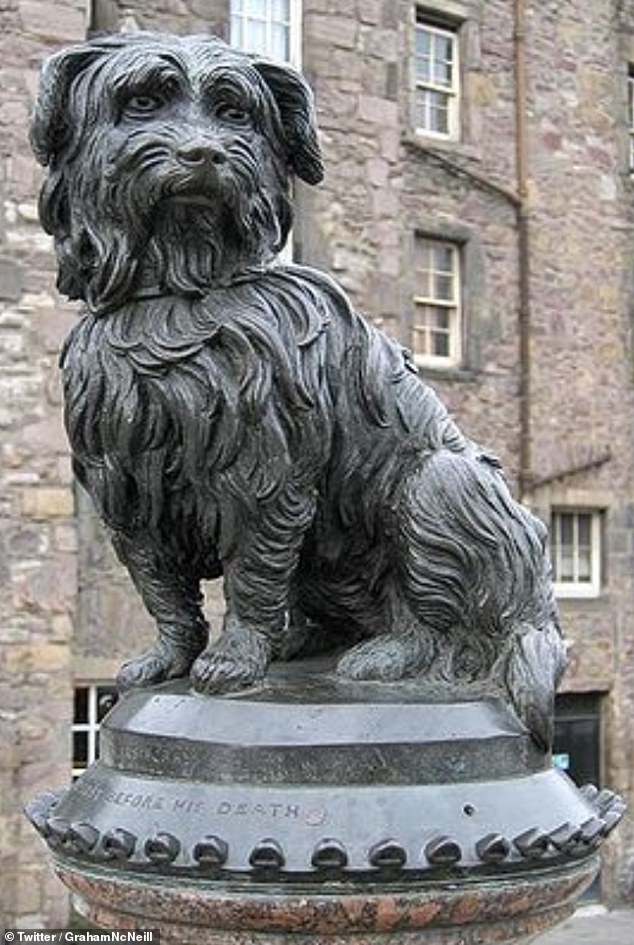 This statue of Greyfriars Bobby, the dog who guarded his owner’s grave before dying himself in 1872, also featured in the thread