Britain’s smooth and complacent Left-wing elite are so completely convinced of their goodness and rightness that they think they are licensed to behave like louts.

The behaviour of this group over the past few days has been a masterpiece of hypocrisy, spite and crudity.

Their quarry has been Dominic Cummings, the Prime Minister’s principal adviser. The Left loathe Mr Cummings for a simple, furious reason. He knows how to beat them.

It was Mr Cummings’s political genius that secured victory for Brexit, and again for Boris Johnson, in the December Election.

The Left’s quarry has been Dominic Cummings, the Prime Minister’s principal adviser. They loathe Mr Cummings for a simple, furious reason. He knows how to beat them

They simply cannot forgive him for this. They fear that Mr Cummings will beat them again if he stays in his position, and so they will do almost anything to secure his removal.

They are themselves highly skilled at the dark arts of politics. Some would say they are far more skilled than Mr Cummings, because they are prepared to break rules he would never breach.

Others might say this is not skill but old-fashioned Leninist ruthlessness, in which no holds are barred and the truth is unimportant.

The prominent role of Alastair Campbell among Mr Cummings’s attackers tells us much.

Mr Campbell was even more powerful in Tony Blair’s Downing Street than Mr Cummings is in Mr Johnson’s No 10.

He operated as a formidable political commissar. But above all he was in charge of the ‘Dodgy Dossier’ and the ruthless manipulation of public opinion that cajoled this country into the wholly mistaken Iraq War, a catastrophe that ought to have ended his career for ever.

But the attack on Mr Cummings, who has learned how to woo working class votes away from Labour, is so frantic and enraged that its supporters do not care how low they sink, or how discredited their allies may be.

And they sink very low. The Mail on Sunday reports today in detail on the falsehoods told about Mr Cummings, by individuals and by some media, which repeated them without confirming them.

We accept that millions of people are quite reasonably becoming tired of abiding by irksome rules.

But that is simply not a reason to demand the sacking of Mr Cummings for doing what any parent’s instincts would have told them to do.

There is another grim aspect to the events of the past week. Normal politics in this country is supposed to be forthright, with plenty of rough and tumble.

Nobody would want it otherwise. But in this case a level of personal malice and implied violence has been called into being that is positively dangerous to the safety of the state and the future of free democracy.

One example of this is the repellent tweet sent to Sarah Vine, wife of Cabinet Minister Michael Gove and columnist for our sister paper the Daily Mail.

This message was so violent and abusive that its author has now accepted a police caution, not that this begins to cancel out the shame of such behaviour.

The culprit has – unsurprisingly – worked in the past for The Guardian and Daily Mirror, both newspapers in the forefront of the hounding of Mr Cummings.

Another example is the snarling mob that gathered outside Mr Cummings’s London home.

Some of the individuals involved in the display of foul-worded placards and the yelling of crude abuse turn out – unsurprisingly – to have connections with the theoretically impartial BBC.

Some on the Left, to their credit, have criticised this unpleasant development. 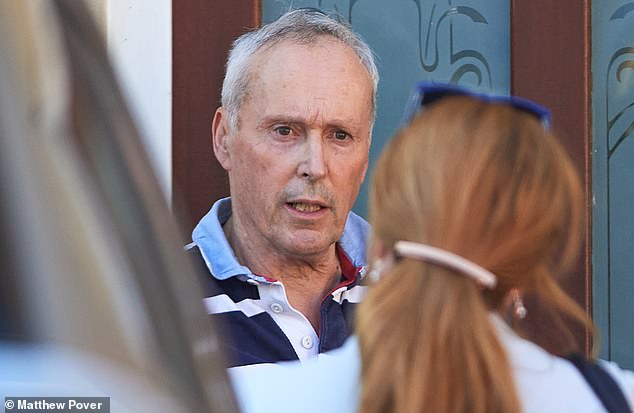 One witness who reported Cummings, teacher Robin Lees (pictured), drove 250 miles himself to collect his daughter despite the lockdown regulations

Marina Hyde, a columnist for The Guardian, described scenes outside Mr Cummings’s home as ‘distinctly disturbing when set alongside his account of his family’s house having become a target for threats of violence’. She added correctly: ‘This is never right.’

But others, notably Shadow International Trade Secretary Emily Thornberry, Mr Cummings’s local MP, daughter of a diplomat and married to a distinguished judge, appeared to support the siege of Mr Cummings’s home, saying ‘The people of Islington South and Finsbury can always be relied on to say it as it is.’

This is extraordinary language from someone who aspires to high office. What would the Left have said if one of their own major figures had been the target of the sort of abuse directed against Mr Cummings?

The outrage would have been beyond ballistic.

Ms Thornberry is far from the only major public figure to pile on to Mr Cummings in public, long before the full facts made it clear that the Downing Street adviser and his wife were in fact extremely worried about the welfare of their small child, and trying to act for the good of that child.

Bishops, MPs, and of course media celebrities, were quick to join in the attack, but not so quick to regret their initial fury when it turned out that the story was more complicated than they had at first imagined.

Perhaps most astonishing of all was the extraordinary accusatory verbal assault – effectively a party political broadcast – made on Mr Cummings and the Prime Minister by Emily Maitlis, the presenter of BBC2’s flagship programme Newsnight.

Editorialising of this sort is clearly forbidden under the Charter and Agreement that the BBC acceded to in return for the licence fee.

This fee does not just pay Ms Maitlis’s £260,000 salary, but also for every girder, brick, cable, camera and microphone in the vast and costly new building from which Newsnight is transmitted.

How could they have forgotten this? How was it that nobody in the editorial structure of the BBC acted to prevent this grotesque breach of the known rules?

The answer almost certainly lies in the great pretence that the British liberal establishment have accepted the verdict of the people in the EU referendum.

Some of them may truly have done so. The vendetta against Mr Cummings shows that many plainly have not. 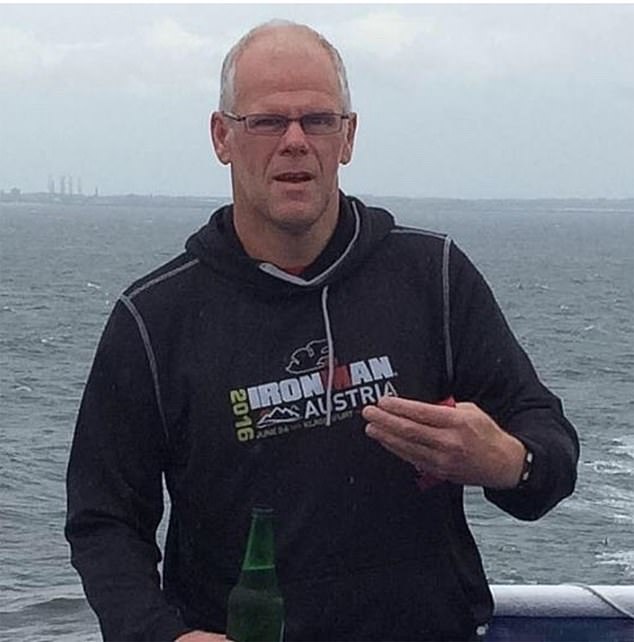 Another man who claimed to have spotted Cummings breaking the rules, Tim Matthews (pictured) revealed he made up his tale of events as a joke

They watch and wait for any opportunity to prevent the UK’s final departure from Brussels rule.

They see Mr Cummings as the keystone of Brexit, and believe that if they can dislodge him, the Government might yet be manoeuvred into a delay that could be turned into a reversal of the referendum.

They want a counter-revolution. They thought this was their chance.

But the Prime Minister quite rightly refused to be bullied into sacking his friend and ally.

Mr Cummings, with considerable personal bravery, confronted and faced down his media attackers (some of them more or less enraged).

He explained calmly and patiently what everyone now knows, that he and his wife were acting for the best interests of their young son.

At the end of all the frenzy, Durham Police, who have not covered themselves in glory in this affair, confirmed that the main charge against him was empty and the second one was minor.

Politics is a rough game and in general there is not much point complaining about it. But the events of the past few days went well beyond Queensberry Rules.

This was not a fair fight, but an attempted mugging. Thanks to some very tough resistance, it failed. Let us hope that those involved have learned their lesson.