A 27-year-old woman who married her ex-boyfriend’s father has revealed how the pair formed a close connection when she was in sixth grade – despite a 24-year age gap – before going on to start a romantic relationship when she was just 16 years old, much to the horror of her friends and family.

Sydney Dean, from Ohio, first met her now-husband Paul, 51, when she was a sixth grader and dating his son.

After she and her then-boyfriend ended their romantic relationship, the pair remained friends – and Sydney continued to spend time with him and his family, including Paul, at their home.

It was then that she started to form a connection with Paul, despite their vast age difference and her tender age – although it wasn’t until Sydney turned 16 – the legal consenting age in her home state – that the pair’s romance began to blossom.

Despite the pair facing furious backlash from their loved ones over the controversial age-gap relationship, their romance went from strength to strength, and in 2016, they tied the knot.

More than a decade later, the couple are still going strong – although Sydney admits that people around them have struggled to come to terms with the romance and the two-and-a-half decades between them — but she doesn’t care as she’s having the best sex of her life.

Sydney Dean, 27, from Ohio, met her now husband, Paul, 51, when she was just a sixth-grader 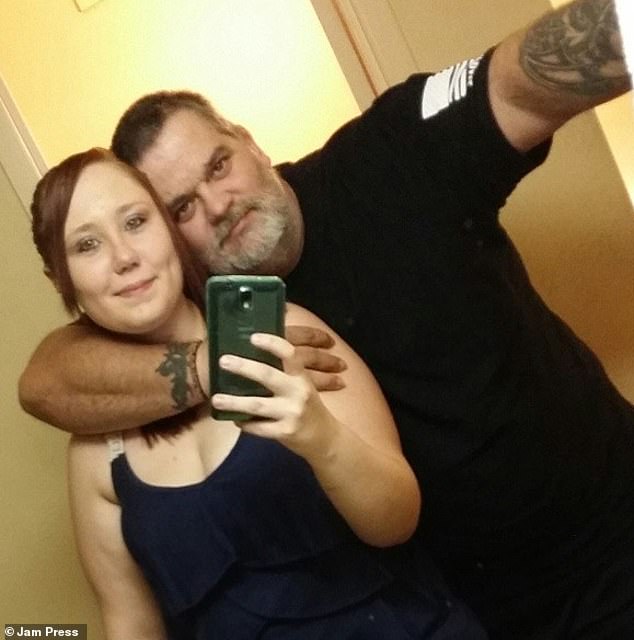 Since tying the knot, the pair have received support from their family and friends, and Sydney says her parents love Paul

‘He is the only person I have had sex with and he is the best,’ Sydney said. ‘I can’t really compare the sex to other relationships, as he is the first real relationship I have been in.’

Sydney concedes that their relationship is far from traditional, however she insists that she wouldn’t have it any other way, saying: ‘I never expected to fall in love with Paul and we met in a non-traditional way, but I’m so happy I did.’

Although she says that the pair are blissfully happy together, Sydney admits that there have been several ups and downs on their road to true love – particularly when it came to convincing their loved ones, who were initially very resistant to the match.

‘My mom already knew who Paul was and from the few times they have talked, they got along just fine,’ Sydney confessed. ‘But when I first told my mom that we were together, she was not happy.’

However, the couple persevered, and eventually, Sydney says her mother came around to the idea of them being together.

She said: ‘The age gap really got to her and it stayed that way for about a year – eventually she came around. [After this] we would go to her house almost every weekend just to hang out or have a BBQ.’ 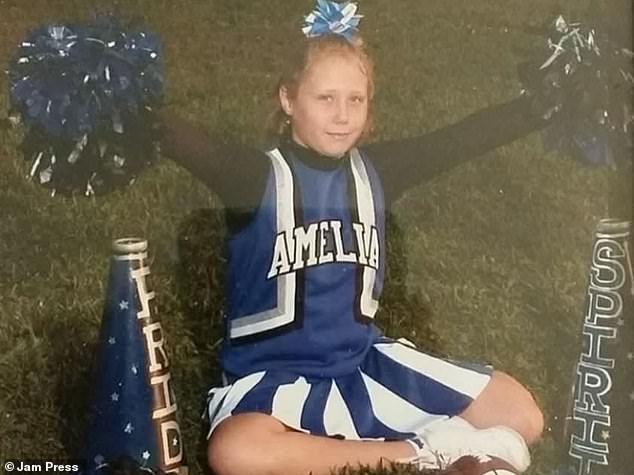 While Sydney never expected to meet her now husband when she was just a kid, she says she is so happy she did 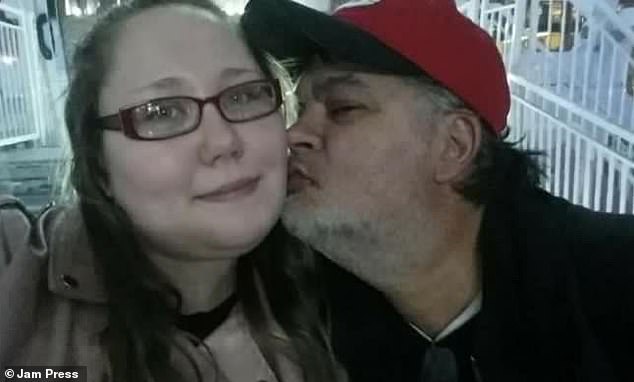 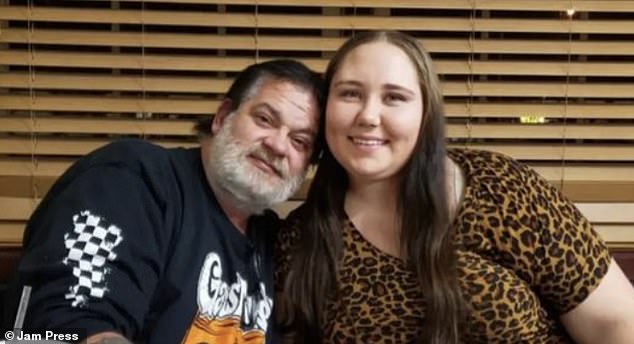 The pair began dating when Sydney was just 16, the legal age of consent in Ohio, and tied the knot in 2016

Sydney’s mother’s relationship with Paul has also been strengthened by the fact that the couple now lives near her – meaning that they have been able to form their own bond.

‘Now that we live pretty close to each other, she comes over all the time,’ she explained. ‘She is 100 per cent supportive of us and absolutely loves Paul. In fact, they probably chat more than me and her do.’

But Sydney’s mom wasn’t the only family member she had to convince – with her father also taking issue with his daughter’s new romance.

‘In the beginning my father didn’t like the age gap either and as he lives out of state, he didn’t see him as much, but now, he really likes him,’ she explained.

As for Paul’s two children, the couple believe that his youngest took their romance the ‘hardest’ as Sydney already knew him.

Sydney said: ‘He didn’t agree with the relationship for a couple years, but now that we have been together and are married, he supports us being together.

‘He comes over with his girlfriend and their three children every other weekend just to hang out with us and BBQ.’

Family feuds aside, the couple has also had to deal with personal struggles, particularly when Paul got into a terrifying car accident that landed him in the hospital for three weeks.

‘Paul got into a horrible truck accident last July and was in the SICU for nearly three weeks,’ she recalled.

However, in the end, this actually helped Sydney to get closer to Paul’s children, including her ex-boyfriend, because they all came together in order to help him through his injuries.

‘While [Paul] was in [the hospital], I would talk to his son everyday and we would come see him together,’ Sydney said. ‘Now all the family is OK with us being together.’ 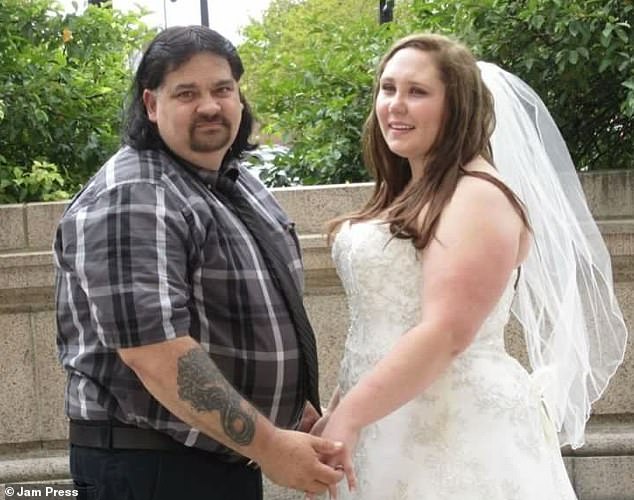 When the pair first began dating, they struggled to convince their friends and family of the authenticity of the relationship 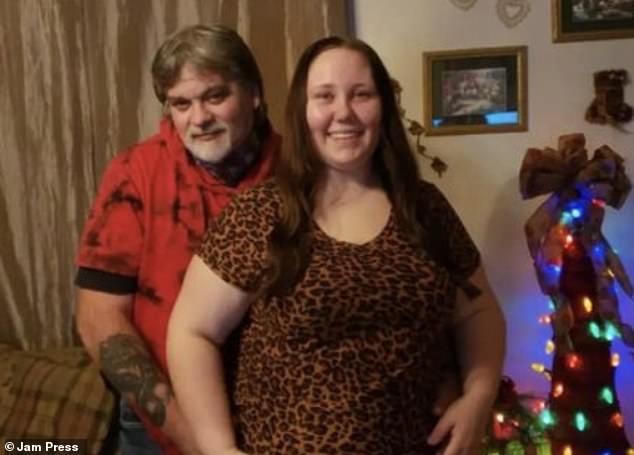 Sydney has said that she is having the best sex of her life and although the two met in a ‘non-traditional’ way, she is happier than ever 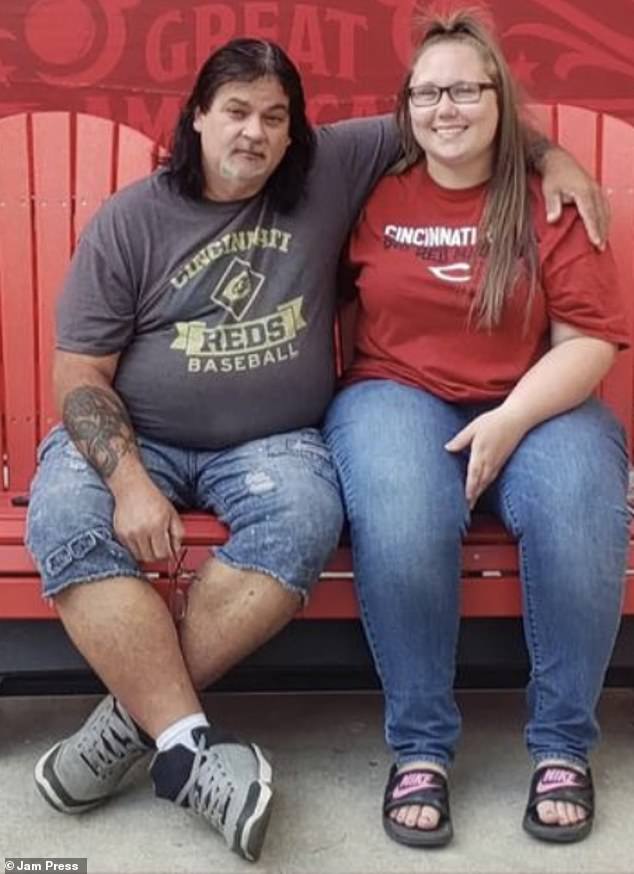 Although the two are madly in love, Sydney says she has lost friends because of the relationship

However, not everyone has come around, she said that she ‘did have one friend that wasn’t OK with [her] and Paul’s relationship.’

‘This friend would never want to come hang out or even talk to me much at all if he was around.’

She added: ‘She eventually didn’t want to be my friend anymore because of the age difference in the relationship.’

Sydney hopes sharing her story will help to remove the stigma towards age gap relationships.

She added: ‘I wish people would understand that couples with an age gap can truly love and care for one another.

‘There are a lot of negative assumptions about age gap relationships, but that doesn’t mean couples can’t be in it for the right reasons.

‘He is the best husband I could have asked for, and he treats me so great.’