A mother has shared a heartbreaking photo of her stillborn baby to raise awareness of diabetes complications.

Cheyenne Greenwald, 20, from Utah, had to give birth to her stillborn son Dean after suffering from complications caused by her insulin pump being on the wrong setting.

Following her heartbreaking ordeal, Cheyenne is urging other expectant mothers with Type 1 diabetes to be vigilant.

She shared a series of heartbreaking pictures on Facebook, which show Dean wrapped in a blanket in hospital while being cradled by his parents.

Cheyenne told the Mirror: ‘My pump was set up wrong because no one told me a doctor had to set it up.’

Cheyenne Greenwald, 20 and Caden Greenwald, 21, from Utah, shared pictures of their unborn son Dean online to warn other expecting mothers to be careful about their health 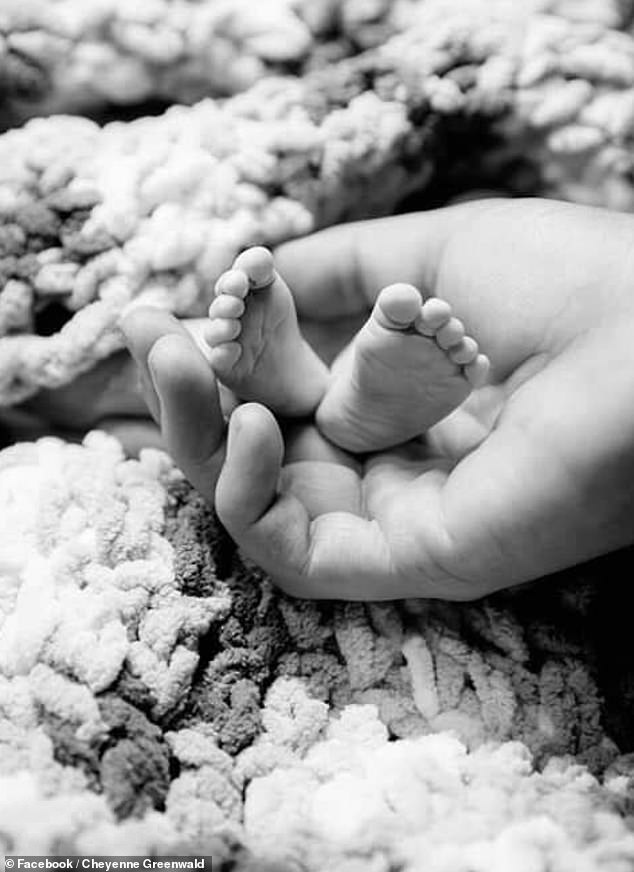 A heartbreaking picture shows the feet of baby Dean, as his parents shared a series of photo online to warn other expecting parents of their ordeal

‘My point is, when a diabetic women is pregnant it’s okay to be scared. But just be more on top of it and make sure your pump or ratios are set up properly.’

After receiving a positive pregnancy test earlier this year, the young couple were looking forward to the birth of their first child.

But Cheyenne was rushed to the emergency room seven months into her pregnancy, slipping in and out of consciousness and vomiting.

She was suffering from diabetic ketoacidosis (DKA), a serious problem that can occur in people with diabetes if their body starts to run out of insulin. 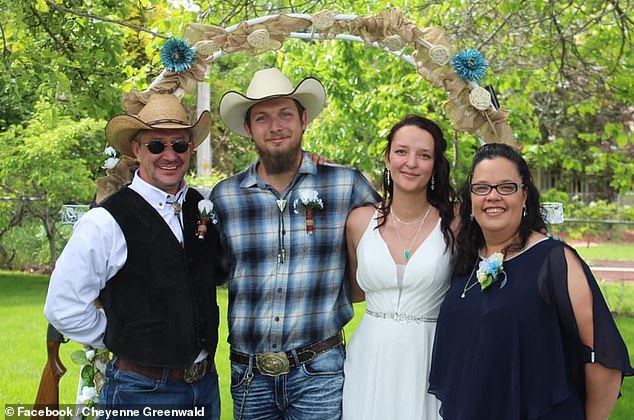 The young couple got married earlier this year in small ceremony, in front of Cheyenne’s parents (pictured) 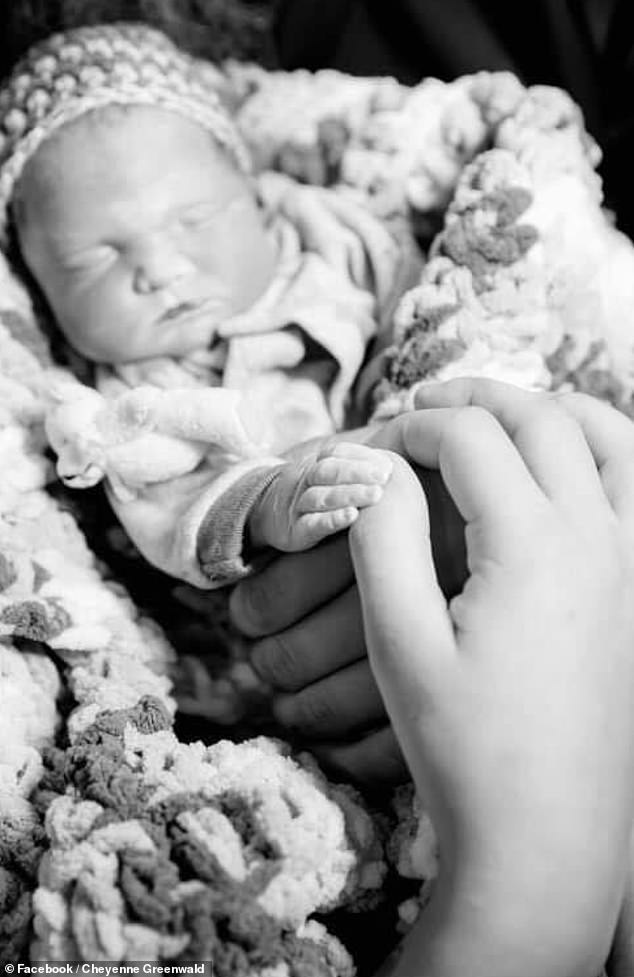 Cheyenne shared heartbreaking pictures of her unborn son Dean after his birth on August 22. She is shown holding his hand in hers

While she recovered within five hours, her unborn child Dean died in her womb.

Cheyenn had to give birth to her dead son naturally, because her body could not have sustained a c-section.

Her partner Caden, 21, had to make the hard decision.

‘Because of the emotional pain I was already going to be going through he didn’t want me to go through the physical pain of a natural birth,’ Cheyenne explained. 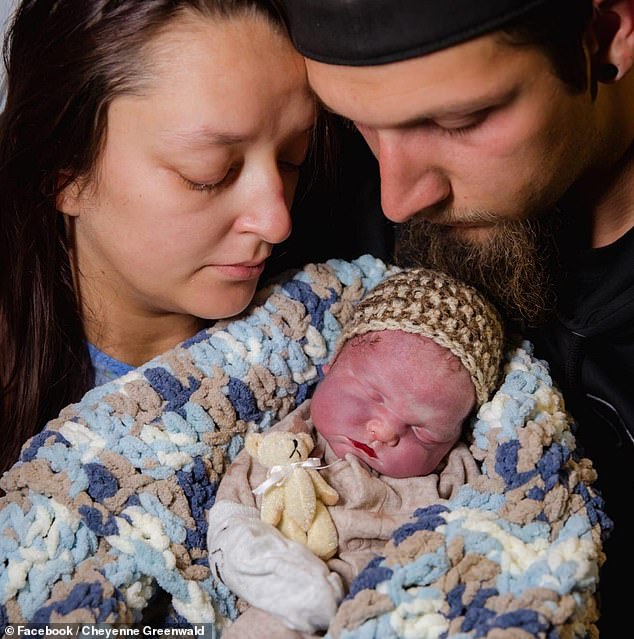 A picture shows hreatbroken Cheyenne and Caden as they hold their son Dean, wrapped in a blanket 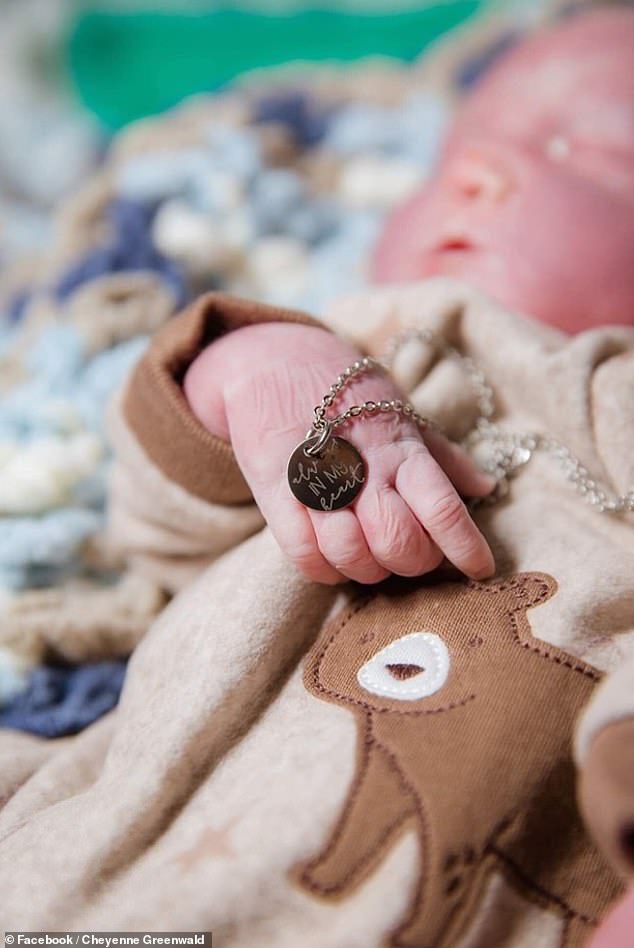 ‘But I had less chance of surviving a C-section than I did a natural birth. He told me once I was more aware of what was happening,’ she added.

‘To all of our friends and family me and Cheyenne regret to inform you that our baby boy Dean William Greenwald has passed away today do to complications with Cheyenne’s diabetes,’ he wrote. 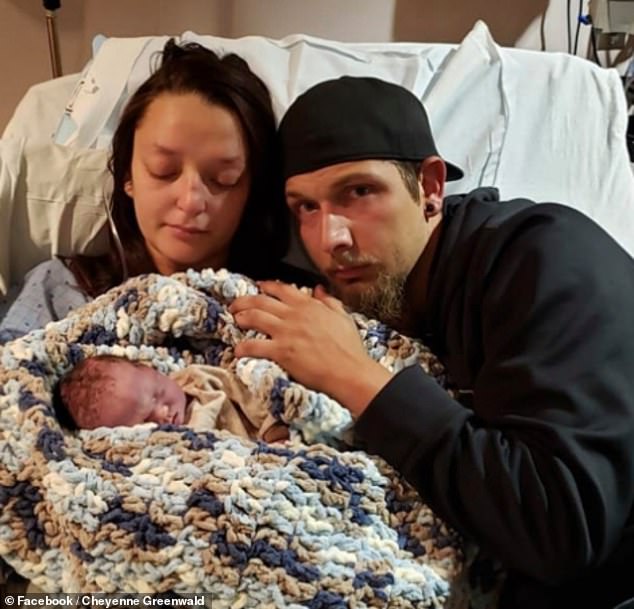 Cheyenne and Caden, eyes full of tears, hold Dean as he wrapped in a blanket in hospital shortly after his birth 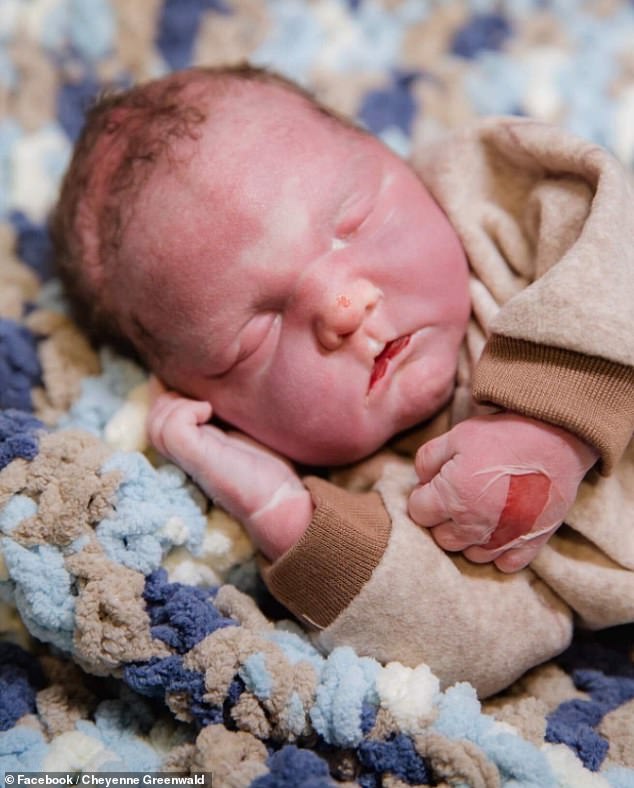 Cheyenne explained she wanted other expectant mothers to be on top of their medical gear. This picture shows Dean in hospital

Caden had to make the tough decision to forgo a c-section of Cheyenne, as he wasn’t sure she would survive the ordeal. Pictured looking at his child in hospital

‘We would both appreciate if you would give us time to grieve and thank you for your support,’ he added.

The couple shared pictures of Dean, who was born on 22 August, to warn others to be on top on their health while expecting a child.

Caden created a GoFundme page for the couple in order to raise money for Dean’s headstone.

What is diabetic ketoacidosis

Diabetic ketoacidosis (DKA), a serious problem that can occur in people with diabetes if their body starts to run out of insulin.

This causes harmful substances called ketones to build up in the body, which can be life-threatening if not spotted and treated quickly.

It mostly affect people suffering from Type 1 diabetes, but can also occur in people diagnosed with type 2 diabetes.

Needing to pee more than usual