A$AP Rocky was seen tearing up the streets of Beverly Hills on his pricey Super73 electric motorbike this weekend.

The 32-year-old rapper sported ripped jeans and doubled down on plaid printed accents while taking his custom wheels for a little joy ride.

The sighting comes just after he revealed new details about his love life in a tell-all GQ interview, in which he declared that girlfriend Rihanna was the ‘love of’ his ‘life.’

Hot wheels: A$AP Rocky, 32, takes his Super73 e-bike out for a spin in Beverly Hills in first outing since he revealed to GQ that his girlfriend Rihanna is the ‘love of his life’

The Wild For The Night rapper balanced on his e-bike in baggy jeans that were ripped at the knee and a white crew neck sweatshirt with a landscape scene.

He tied a red flannel around his waist and looked to use a plaid scarf as a face mask while riding through the ritzy neighborhood — a short ride away from Rihanna’s $13.8M mansion.

The usually private rapper opened up about his relationship with Rihanna after things between them have grown romantic since last summer.

‘The love of my life. My lady,’ he lovingly dubbed her in his recent interview, before elaborating that this relationship is unlike any other he’s been in. 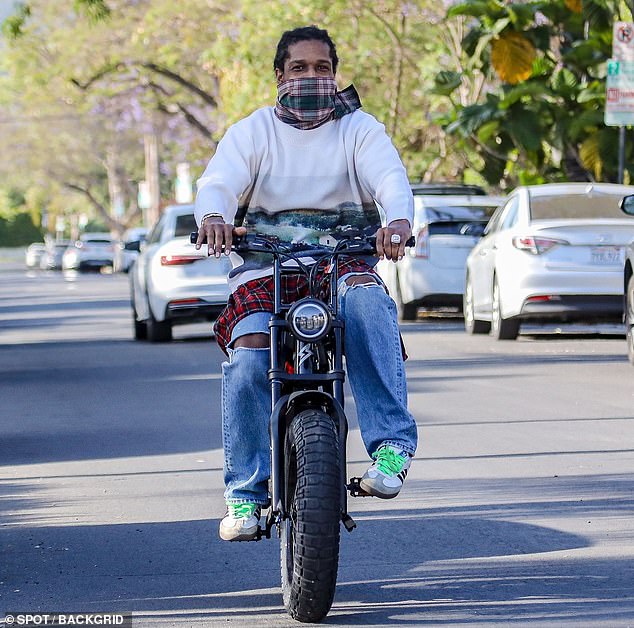 Popping by! The rapper was seen just a short drive away from Rihanna’s $13.8M mansion

‘So much better when you got the One,’ he continued. ‘She amounts to probably, like, a million of the other ones.’

‘I think when you know, you know. She’s the One,’ the New York born rapper maintained.

The pair fielded dating rumors since 2013 but after the SavageXFenty designer ended things with billionaire boyfriend Hassan Jameel, things between she and Rocky began to heat up.

They were seen stepping out together in NYC and over the Christmas holidays they appeared very loved up on a yacht in her native Barbados.

In the interview he also talked about the prospect of having kids down the line and divulged a bit about his artistic connection with the Desperado songstress. 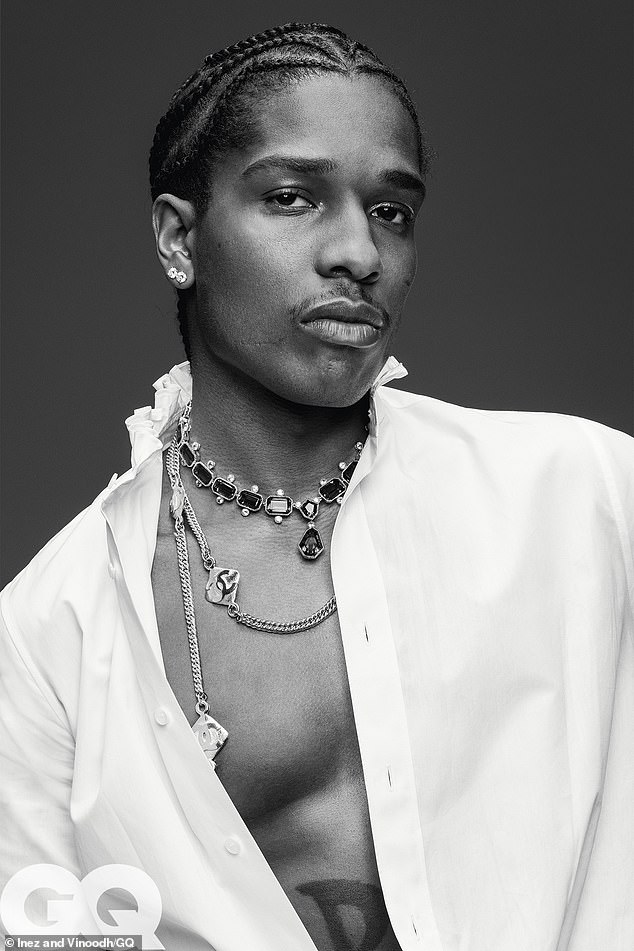 Love life: The notoriously private rapper talked about his connection to Rihanna where he said she was ‘the one’ 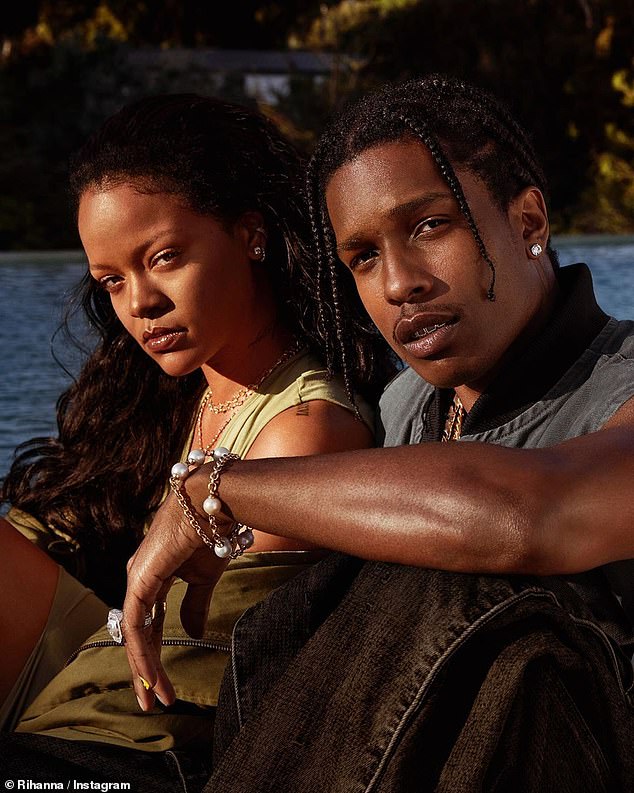 ‘The one’: ‘So much better when you got the One,’ he said of the relationship. ‘She amounts to probably, like, a million of the other ones’

‘If that’s in my destiny, absolutely,’ he said of being a father, before joking about his high ranks as a rapper.

‘I think I’m already a dad!’ ‘All these motherf***ers are already my sons—whatchu talkin’ ’bout!’

A$AP continued to get serious on the the matter of fatherhood though as he shared: ‘Nah, but like, I think I’d be an incredible, remarkably, overall amazing dad. I would have a very fly child. Very.’

And about his connection to Rihanna which spans not only romantically but artistically he said that they’re both invested in the other’s creative process. 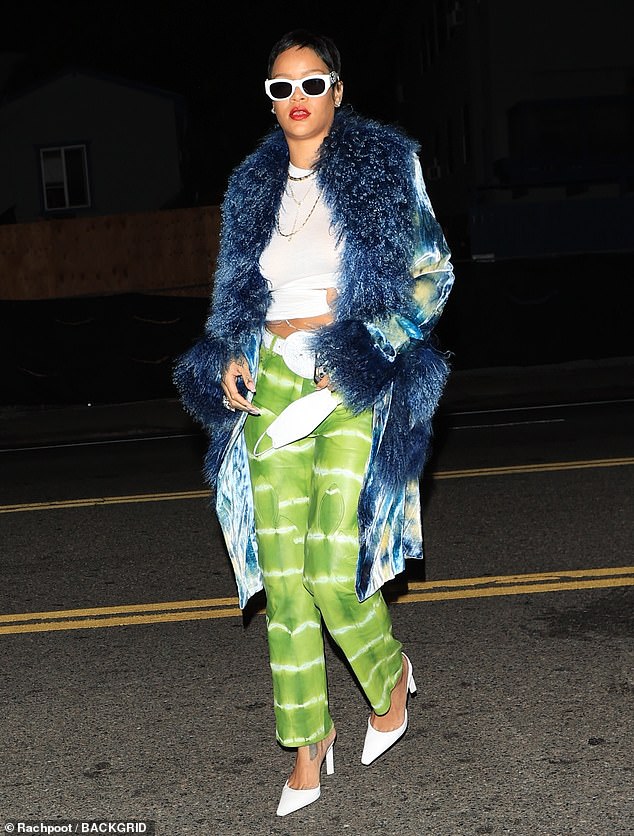 Muse: ‘I think it’s important to have somebody that you can bounce those creative juices and ideas off of,’ he said while talking about new music and his artistic connection to Rihanna; pictured May 5

‘I think it’s important to have somebody that you can bounce those creative juices and ideas off of,’ he said while talking about new music.

And it seems that the songstress has had a profound impact on Rocky’s work as he said his new album is ‘more mature.’

‘It’s just a different point of view,’ he explained, calling the lead track off his album All Smiles a ‘ghetto love tale’ which is ‘way more mature’ than his earlier songs about lavish fashion and partying.

Before Rihanna, the ladies man had been linked to Iggy Azalea, model Chanel Iman, and even Kendall Jenner. 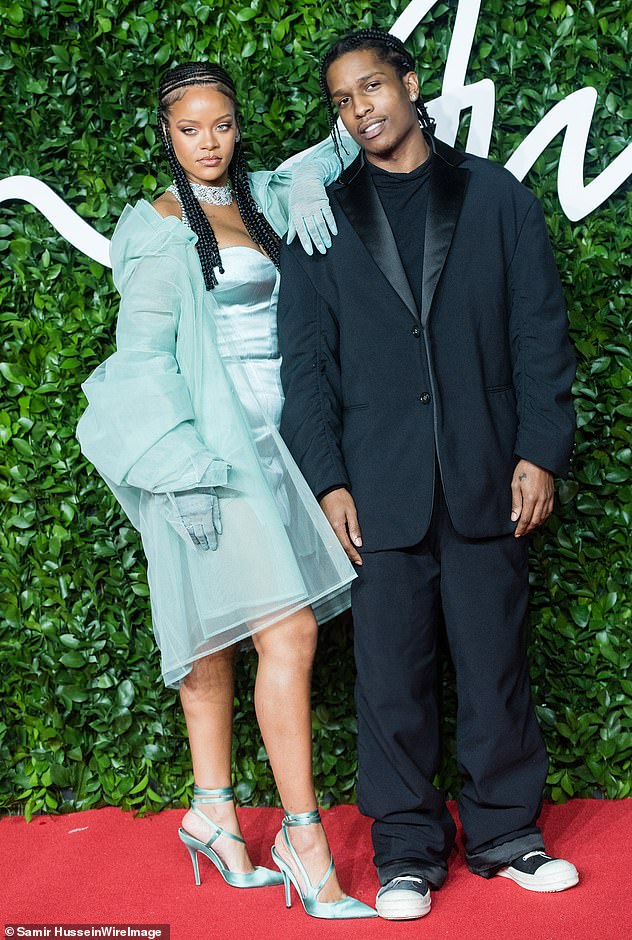 History: The pair have been linked on and off since 2013 but things seemed to turn romantic after she and billionaire ex Hassan Jameel split in January 2020; pictured December 2019