Some young players take months to get over a gut-wrenching loss on the 18th hole. Some never get over it. Now, at the other end of the scale following a dramatic afternoon of ebb and flow at the ASI Scottish Open, stands Englishman Aaron Rai.

Eight days after bogeying the par-five 18th hole to fall short at the Irish Open, the 25-year-old from Wolverhampton defeated no less a player than Tommy Fleetwood in a play-off to claim a mammoth winner’s cheque of £882,000 — well over three times larger than his previous biggest. That’s what you call atonement.

It was his second tour win following victory in the 2018 Hong Kong Open and arrived courtesy of a brilliant final round 64 featuring eight birdies and three notable pars to finish his day’s work.

‘I played a lot of golf in Scotland growing up and I thought back then it would be wonderful to one day play in a tour event here,’ said Rai. ‘To compete in one a couple of years ago was special for me and now to win the Scottish Open just feels incredible.’

While one Englishman will head to Wentworth for this week’s BMW PGA Championship exultant, two more will be fighting feelings of what might have been. Both Fleetwood and Robert Rock played beautifully over the back nine.

Eight years after holding off Tiger Woods and Rory McIlroy to win his last title in Abu Dhabi, Rock came to the 18th needing a par to make the play-off.

These days, the sweet-swinging 43-year-old Midlander is perhaps better known as a coach and one of his clients, Matt Wallace, was there to watch, only for Rock to chip clumsily and miss his putt. 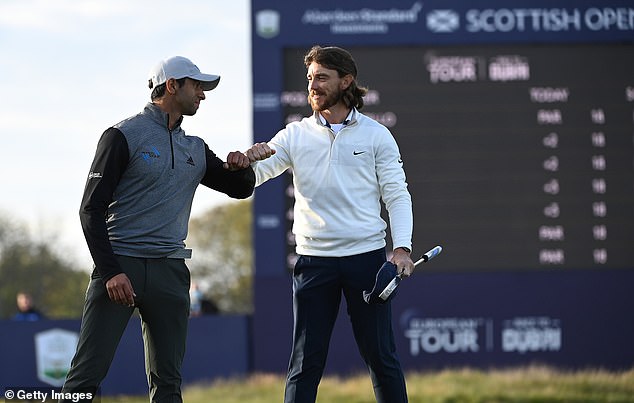 Fleetwood needed a birdie, and got one after holing a marvellous 20ft putt. He was the overwhelming favourite to win in extra-time, particularly when Rai found a fairway bunker with his tee shot.

Just as he did in regulation play, however, Rai made a gutsy par after a delicately played chip shot to 5ft. For a man who, as a 15-year-old, holed an incredible 207 straight putts of twice that length to break a world record, it was perhaps not surprising the short one proved no problem.

Not so, his more illustrious opponent. From the middle of the fairway, Fleetwood came up short with his approach and then left himself a tricky 4ft putt to keep the contest alive. Fleetwood, who had spurned a number of similar chances set up by his sterling iron play, missed one more. 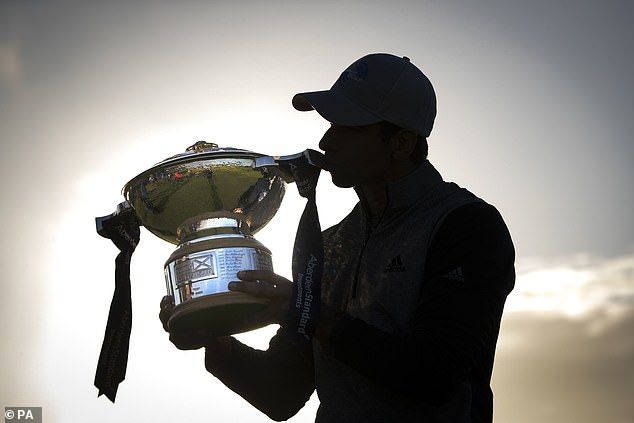 As ever, he took it on the chin.

‘I just hit a bad putt and that’s the end of it, really,’ he said. ‘It was Aaron’s time and congrats to him. As for me, I’m happy with my game after struggling over the summer in America. I feel I’m on the way back.’

He sounded like a man who will move on to the tour’s flagship tournament, intent on ‘doing a Rai’.

n England’s Mel Reid shot a final-round 67 to claim her maiden LPGA Tour title at the ShopRite Classic. She finished on a tournament-record 19 under par to win by two strokes at Seaview, New Jersey.