FS1’s Skip Bayless has called on the Cowboys to trade QB Dak Prescott for Aaron Rodgers – just a week after he slammed the Packers star as a ‘choke artist’.

Now Bayless, who threw his No 4 Prescott jersey into the bin in disgust at the 19-12 loss, wants the Cowboys QB traded, and one of the players he has criticized most brought in in his place.

Dak Prescott should be traded by the Dallas Cowboys this summer, claims Skip Bayless 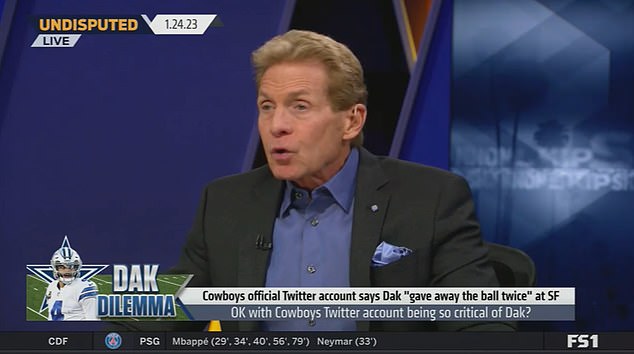 ‘He’s never going to be anything more than middle-of-the-pack Dak,’ Bayless said Tuesday on Undisputed.

‘His ceiling is an edge of the top 10 QB but his floor is actually a bottom 10 QB because when it goes south it goes south.

‘My bottom line, my conclusion, my devastated conclusion is Dak will always tease you without ever rewarding your patience in him. Who is he? He’s not who we need going forward.

‘I think Jerry was so distraught after the game because he realized Dak Prescott is not the answer. I think he realized on the flight home, this ain’t the solution here. To me, Dak should be on the trading block. Aaron Rodgers is on the trading block and maybe I’m playing fantasy football here… but the deals are pretty much the same over the next two years.’ 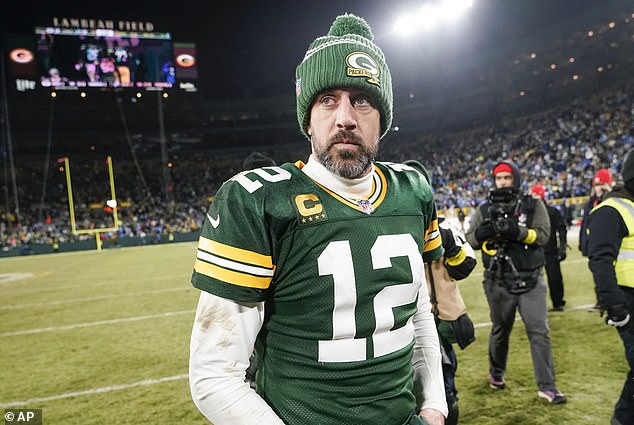 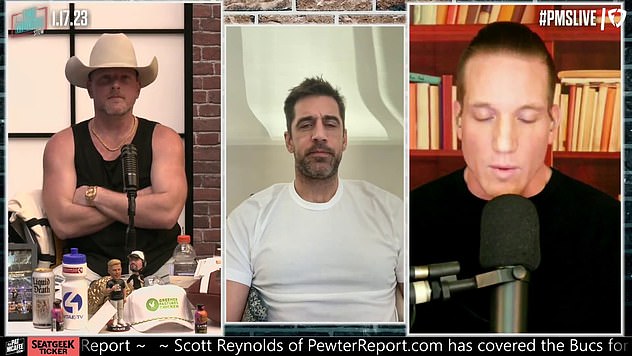 Rodgers, the NFL’s back-to-back MVP, outlined his aim to win it again on the Pat McAfee show

Co-host Shannon Sharpe was left open-mouthed at Bayless’ pitch for Rodgers, a player he has routinely savaged.

Question marks over Rodgers’ future have swirled since Green Bay missed the playoffs.

Rodgers, 39, has so far suggested he is not ready to call time on his pro football career – but refused to rule out a potential Packers departure.

During an appearance on the Pat McAfee show, the Packers QB hinted that he could play on with a new team next season.

‘Do I still think I can play? Of course,’ he said. ‘Can I play at a high level? Yeah. The highest. I think I can win MVP again in the right situation.

‘The right situation… is that Green Bay or somewhere else? I’m not sure, but I don’t think you should shut down any opportunity.’

That has triggered Bayless into proposing a huge trade that would bring Rodgers to Dallas – a team he has an 8-2 record against. 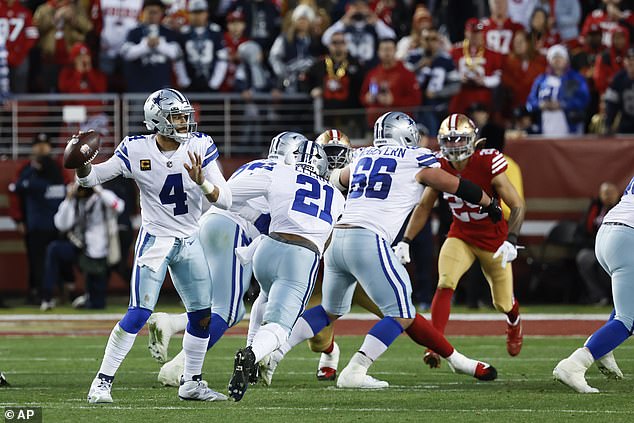 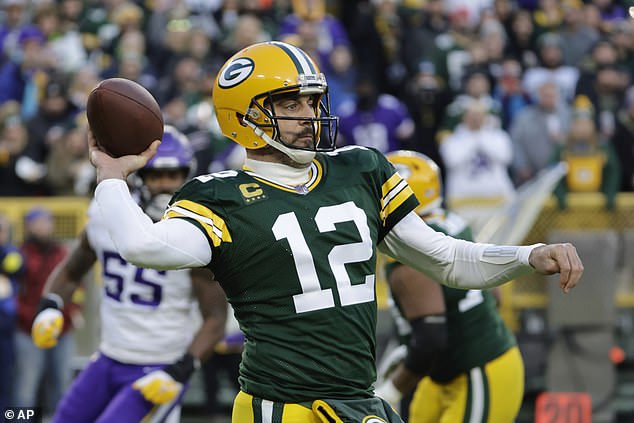 Prescott is under the microscope after coming up small in the 49ers loss, where he threw for two first-half interceptions.

The Cowboys QB completed just 23 of 37 passes for 206 yards – and after the game ‘Trade Dak’ trended online.

‘Aaron Rodgers, come on down.’

But viewers cannot escape the fact that Bayless has been a long-time critic of Rodgers having labelled him a ‘diva’ on multiple occasions.

‘I can show you game after game after game. He’s now 7-9 since that long ago, galaxy far away, Super Bowl that he won, because they were a road Wild Card team with Mike McCarthy as his head coach.

‘They had to go on the road every time and the expectations were way down here.’

He added: ‘He’s lucky to be 7-9 and then this is what you get. But the joke is on the Packers. I’m sorry, but they gave him his guaranteed money. They’re stuck.’