A fisherman was thrown into the sea from his kayak sparking a search after the empty vessel was spotted drifting off the Victoria coast.

He was pulled overboard after hauling in a shark while fishing in the Western Port Bay off the Mornington Peninsula on Saturday.

Fortunately, he was able to signal friends in a nearby boat who quickly pulled him out of the water. 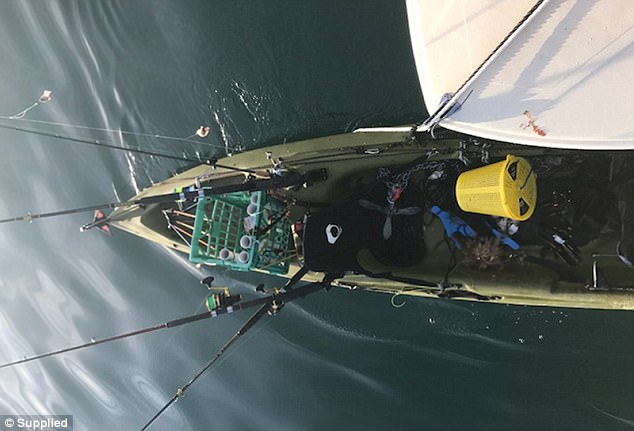 After he hooked the angry animal which fought back and dragged him into the water, he returned to the shore with his kayak and carried on fishing with his mates.

But when he returned to collect the kayak several hours later it had drifted out to sea and was nowhere to be seen and did not tell authorities it had gone missing.

It prompted a search after the empty boat was found by another vessel in the Western Port Bay early on Sunday morning.

Police located the owner – a 34-year-old man from Cranbourne – after the kayak sighting was reported at 6am around a kilometre off Cliff’s Beach near Balnarring. 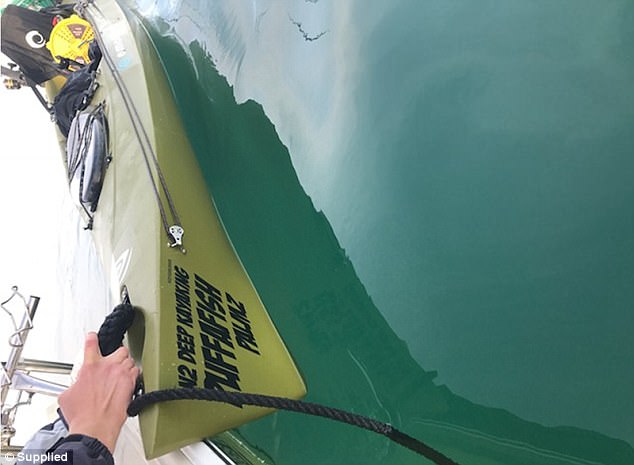 A spokesman for Victoria Police said: ‘The shark, obviously unhappy to be caught, has caused the man to be tipped out of his kayak in its effort to get free.

‘He’s managed to get the kayak to shore and continued fishing with his mates.

‘When he’s returned several hours later to collect his kayak, it had gone.

‘A search was commenced to locate the owner of the kayak, who was located safely at home and hadn’t thought to notify authorities of his missing kayak.

‘The man’s fishing gear remained intact and Water Police will return his vessel to him today.’