Australian-born model Abbey Lee Kershaw is no stranger to the fashion runway.

And the 31-year-old debuted perhaps her most risqué look yet on Tuesday, when she stormed the catwalk for Saint Laurent at Paris Fashion Week.

The statuesque blonde exposed her nipples below a sparkling sheer top as she modelled a particularly racy, avant-garde ensemble.

It’s farrrshun, darling! Abbey Lee Kershaw debuted perhaps her most risqué look yet on Tuesday, when she stormed the catwalk for Saint Laurent at Paris Fashion Week

Abbey Lee looked perfectly poised as she strutted purposefully down the runway, pairing her see-through top with tailored trousers.

She accessorised with a black, wide-brim black and matching scarf, and completed her look with eye-catching snakeskin boots.

The outdoor runway, which took place under the Eiffel Tower, was covered in water and Abbey Lee had to tread carefully to avoid slipping over. 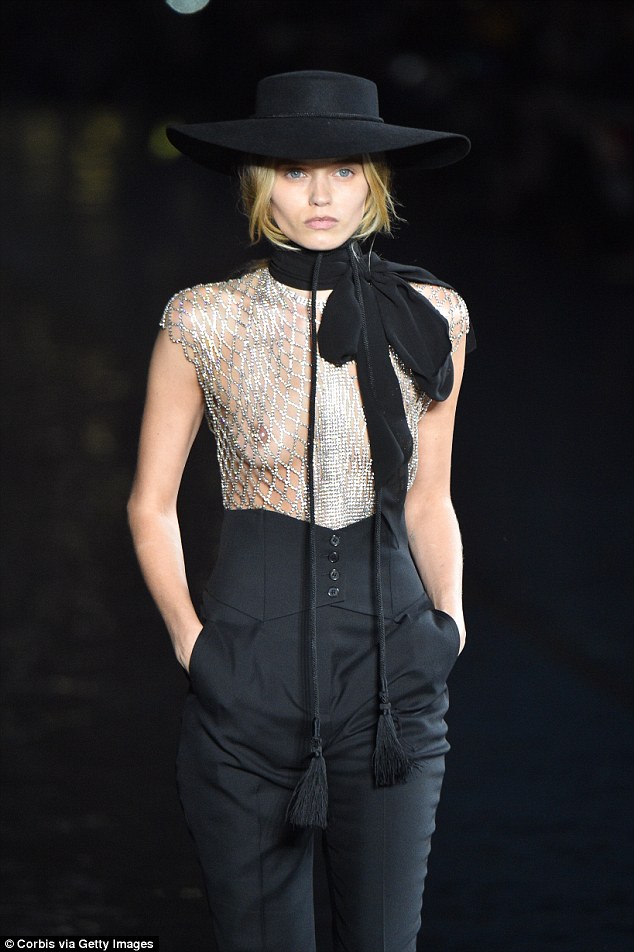 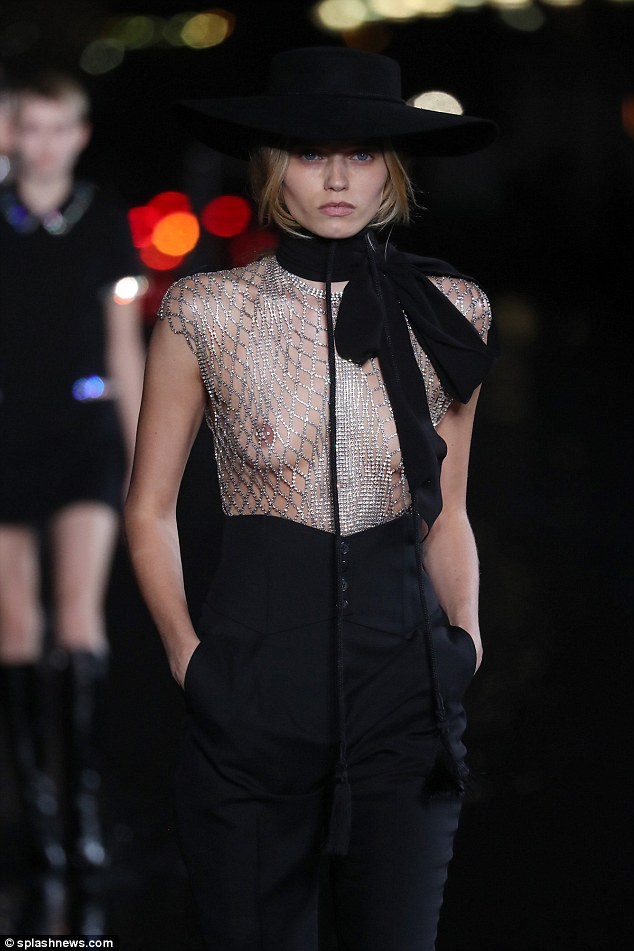 Later on, she rocked a second look consisting of a black sequinned swimsuit with asymmetrical cut-outs across the midsection.

Styling her long blonde hair in a wet look, Abbey Lee paired the dazzling one-piece with a shiny stiletto heels.

Abbey Lee’s triumphant return to the runway (she last appeared in 2015), comes after she launched a career in Hollywood by starring in Mad Max: Fury Road. 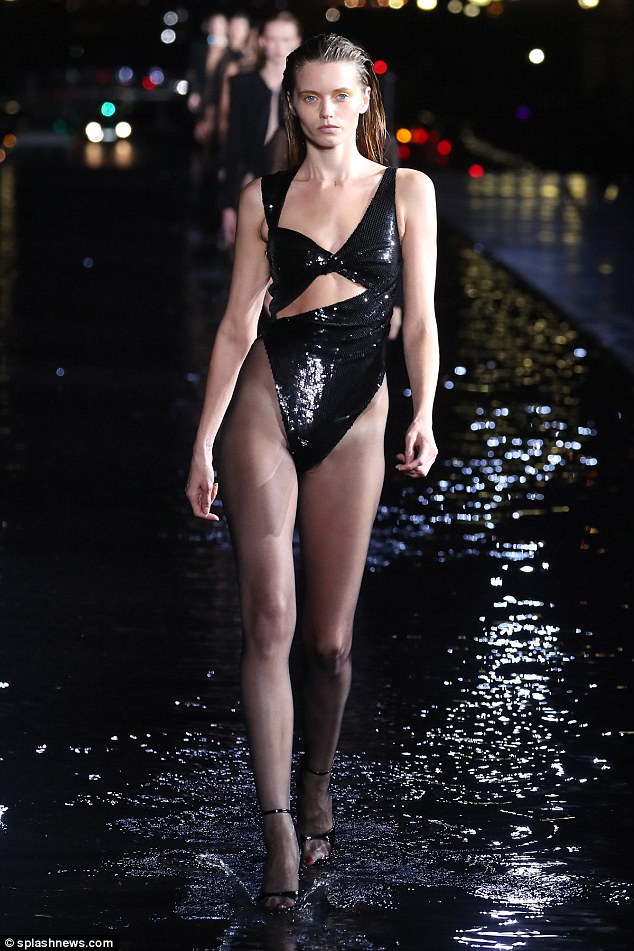 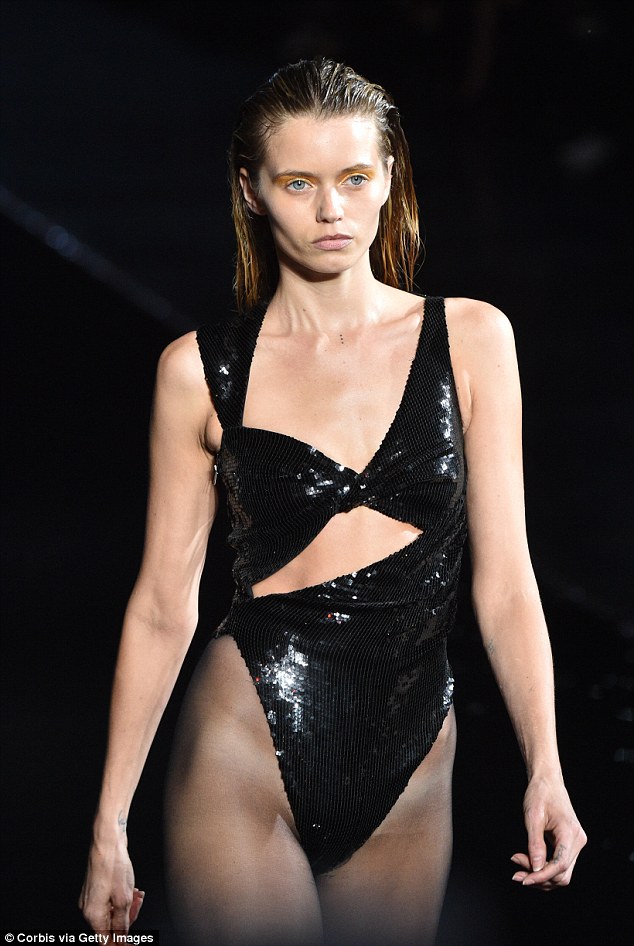 Earlier this year, she spoke about gender inequality in the movie business, claiming there is still ‘one female to every 10 men’ getting roles.

Speaking to The Herald Sun, she said: ‘For every script I get, a male actor friend will get five.

‘Every script with a female, there’s one female to every 10 men. On top of that, there’s the gender pay gap issue that’s a huge problem worldwide.

‘In my workplace, I get paid less purely for that fact I am a female.’