Abby Ellin’s Duped is the best book ever about liars (if you believe that, you’ll believe anything)

Duped: Compulsive Liars And How They Can Deceive You

How can you spot when someone is lying? One telltale sign, in my experience, is the phrase: ‘Don’t tell anyone, but…’

Abby Ellin’s former boyfriend was a great one for ‘Don’t tell anyone, but…’ After all, his top-secret life as an undercover operative for the American government had involved him in a long list of heroic exploits.

Don’t tell anyone, but… he had led the raid on Osama Bin Laden; he had thwarted a terrorist attack on New York City; he met his first wife when he rescued her from captivity in Iran; he’d rescued the kidnapped grandson of a billionaire. 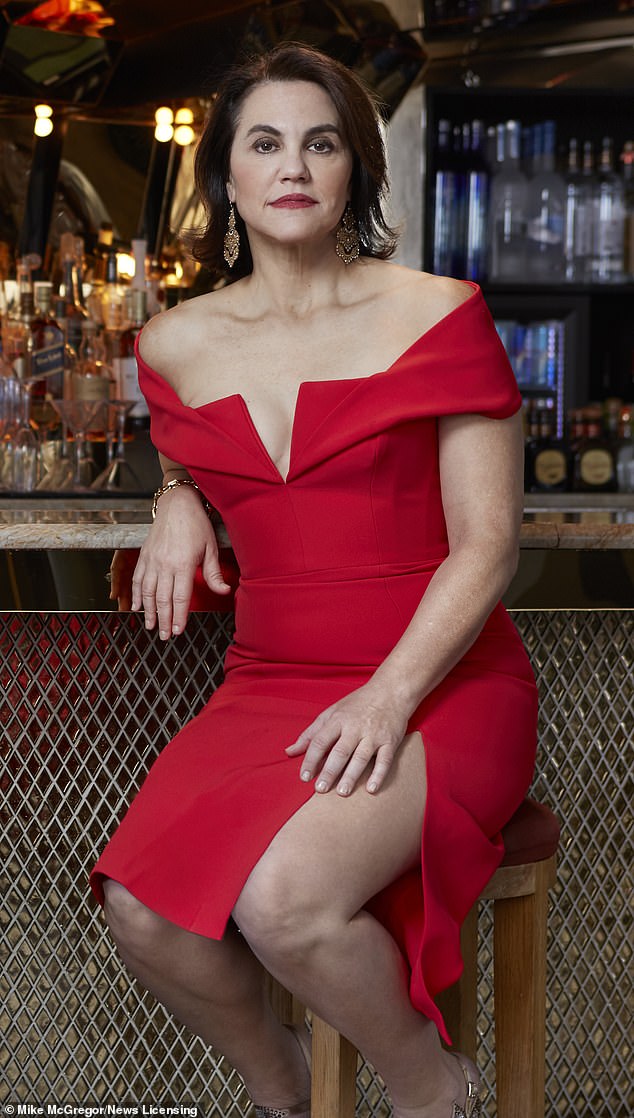 And, don’t tell anyone, but as the medical director at Guantanamo Bay, he’d treated Bin Laden, whose incarceration there was so secret that even the President didn’t know.

It eventually turned out that he was, of course, a fraud. Of course, Abby Ellin wouldn’t like me saying ‘of course’. She maintains that, as an experienced, 42-year-old journalist, she came from ‘a long line of sceptics. Doubt is in my DNA’.

Nevertheless, she does seem to have been peculiarly gullible. The first night she got into bed with her new boyfriend, ten years her senior, she noticed a scar on his abdomen. He had got it, he told her, when he was held hostage in China. He had been tortured mercilessly for 23 days before he managed to escape. Thank God, he added, that he had been a long-distance runner at college.

‘When was the US in China?’ asked Abby. ‘What were you doing there?’

‘Secret operation,’ he replied. ‘You wouldn’t have heard about it.’

Throughout their time together, he was frequently off on secret operations, often involving VIPs. Hillary Clinton had specially asked him to sit next to her on a flight; after he had delivered a 20-minute briefing in the Oval Office, President Obama autographed a baseball for his son. Small wonder that ‘bad guys’ were out to get him, which was why he was always closely followed by a well-concealed team from the Secret Service.

‘That’s the point,’ he replied.

Every now and then, he would find himself in an unplanned situation where his special training had come in handy: one day, he was standing on a metro platform in Washington DC when a thug had stuck a gun in a colleague’s back: instantly, he put his judo expertise to good use, and, once more, saved the day.

Pseudologia fantastica is a rare disorder where sufferers are unable to stop themselves from telling elaborate but pointless lies.

If ever Abby raised an eyebrow at his reports of his exploits, he would chastise her. ‘Stop doubting me!’ he would snap. ‘You’re like Jekyll and Hyde. I never know which one I’m going to get. You can’t have a relationship without trust.’

One day, Abby got a call from a special agent: her boyfriend, who was, in fact, a naval doctor of no great distinction, had been using her name – and the names of many others – to write fraudulent prescriptions for drugs. In this, as in so many other areas of his life, he was a fraud. He was arrested and sentenced to two years in prison. But his fibs didn’t stop. He told his son that Barack Obama was going to give him a presidential pardon, but the pardon never came.

Abby Ellin kicks off her book with a long-ish account of this ill-fated affair. Irritatingly, she never names her former boyfriend, simply referring to him as ‘The Commander’. This lends an air of unreality to the narrative, which zips along a little too patly, leaving rather too many questions unanswered, not least the question about how she could have been so unbelievably gullible.

Bizarrely, she was then duped a second time, by her next boyfriend, an artist who, it turned out, was carrying on parallel relationships with both his own wife and another woman. At this point, Ellin interrupts her narrative to say, ‘Let me stop right here to express what you’re all thinking: What the f*** is the matter with this girl?’ And so say all of us!

The rest of the book is given over to a jaunty Stars-on-45 mish-mash of facts, figures, studies, surveys and anecdotes about compulsive liars – who they are, why they do it, and how best to avoid them. A typical sentence begins ‘A 2008 study from the Stockholm School of Economics…’ and continues ‘… found that 38 per cent of women were willing to lie to receive a big payout, compared with 55 per cent of men’.

These little nuggets are all individually quite interesting, but it is impossible to keep track of them, and they end up as a sort of statistical splurge, in one ear and out the other. At the end of the book, I half-expected to find the news that fewer than 12 per cent of readers could expect to remember more than eight per cent of the percentages in an hour’s time. 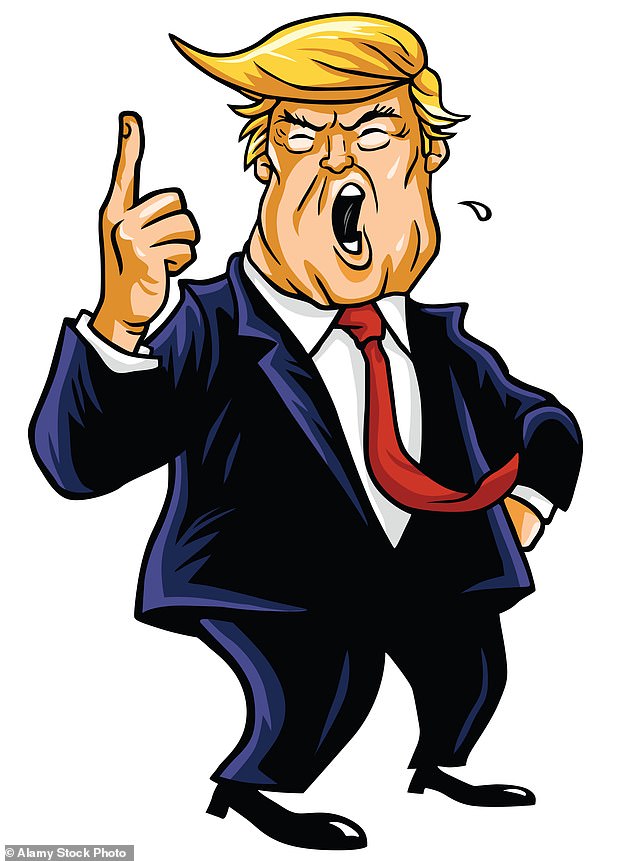 According to the Washington Post, President Trump made over 1,600 false claims in his first 298 days in office, or roughly five-and-a-half lies per day

Ellin is also over-zealous with her quotes from random experts of all shapes and sizes. ‘Behavioral economist Dan Ariely says that…’, ‘George K Simon, a clininical psychologist and author of In Sheep’s Clothing: Understanding And Dealing With Manipulative People said that…’ A good many professors of psychology are quoted, all of them as eminent as can be.

‘In a very deep sense, you don’t have a self unless you have a secret,’ says a professor from Harvard. Oddly enough, I have always made it a rule to disbelieve any academic who begins a sentence with the phrase ‘in a very deep sense’. With all their competing theories and ideas, studies, polls and interpretations, and all so very certain, how many of these experts on lying can we really trust?

Nevertheless, Ellin makes a convincing case that the internet has given rise to a free-for-all for fibbers, fibs and fibbing; today’s prizes are there to be snatched by the most extravagant liar.

The proof of this can be summed up in two words, Donald Trump. According to the Washington Post, in his first 298 days in office Trump made 1,628 false claims, which, by my calculations, works out at roughly five-and-a-half lies per day. Could he have become president in any other age?

‘He’s lying on purpose!’ noted the witty TV presenter Jon Stewart. ‘You know how I know? Because he constantly says the phrase “believe me”. Nobody says “believe me” unless they are lying.’

In the old days, a professional liar was called a confidence trickster; now he is called a PR. Twenty-first century society finds a certain amount of fibbing not only acceptable but necessary. Small wonder, then, that 80 per cent of male online daters add an inch to their height, and just about everyone lies about their age. As Ellin points out, no fewer than 30 million people signed up to Ashley Madison, the website for married people in search of illicit affairs.

Ellin seems to have an amazing number of friends who have been cheated on, or are cheats: a strict Mormon who solicits prostitutes, a married man with a penchant for transgender women, and a woman whose husband has been sleeping with the nanny for years. Even Ellin’s New York doorman, always so friendly, turned out to be a convicted drug dealer. John le Carré is quoted as saying: ‘Everybody lives in some kind of condition of secrecy.’ After reading this book, it’s easy to see what he means.