ABC correspondent opens up about suicidal thoughts and family suicides

ABC foreign correspondent James Longman revealed he once considered taking his own life in a heart-wrenching interview on Life After Suicide.

At just 32, Longman has risen and prominence as a journalist, covering everything from terror attacks to a subject closer to home: mental health.

Longman endures episodes of depression, his father’s and grandfather’s suicides.

And in his 20s, he found himself sitting on a London curb, barely able to hold himself back from throwing himself into the passing traffic.

Since that dizzying moment on the verge of suicide Longman has become increasingly outspoken about suicide, investing its patterns in families and especially about the importance of speaking out to those who cope with suicidal thoughts.

Being a member of a British family that has suffered at the hands of mental illness, and depression and suicide, Longman feared that it might be inevitable for his life to follow the same trajectory.

Then, in his 20s, Longman found himself contemplating the same.

‘I was at work, and I started just breathing really sharply at my desk,’ Longman told Dr Jennifer Ashton on her podcast.

It was his first panic attack, though Longman didn’t recognize it for what it was in the moment. But he knew he had to do something, and called a non-emergency help line that directed him to a nearby clinic in London, where he’s based.

‘It was a very dramatic, kind of filmic moment, I was crying in the rain running through London,’ he recalls. 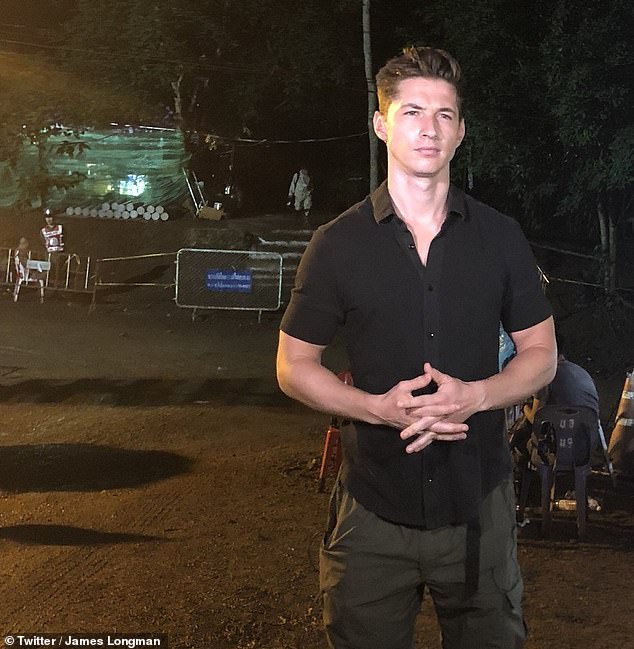 As a foreign correspondent now for ABC and formerly for the BBC, Longman has faced danger covering conflicts in Syria and reported around the world

But when he reached the ‘clinic’ he was told at reception that it no longer existed. As Longman frantically tried to call other resources, the person working the desk ‘told me to get out,’ he says, ‘because I wasn’t allowed to make calls in the hallways where I was standing.’

Defeated, he wondered back out into the rainy London day and sunk to the curb.

‘For about 10 minutes, I seriously contemplated walking out into traffic,’ Longman said.

‘I’ve never felt that since, but in that moment…it really just seemed like the easiest thing to do.’

The feeling passed, but Longman was left shaken. 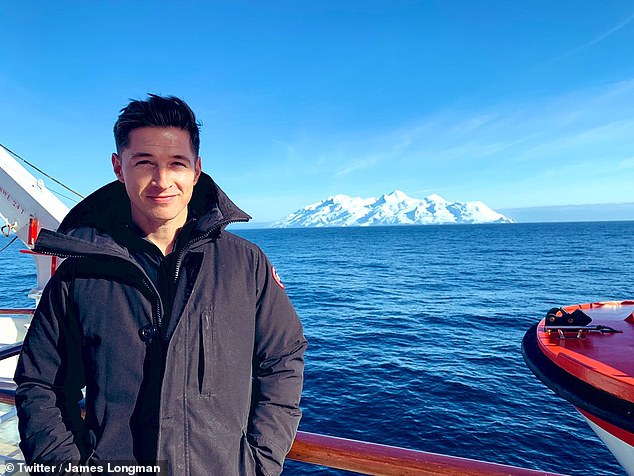 Despite his shining career, Longman says that depression short-circuits that knowledge, because it is an ‘irrational’ condition that ‘drains the color’ from the world he sees

‘Ten minutes later, I felt sort of scared of how I had been feeling.’

A friend came to his aid, and sat with him outside, just crying and talking, until he was a little calmer, when she took him to a doctor.

‘I’m so lucky for her,’ Longman says.

The conversation with his friend that day became part of the most significant tool he’s found in breaking the cycle of suicide and secrecy in his family: ‘Talking,’ he says.

Longman’s family kept his grandfather’s death shrouded in mystery, with vague allusions to an illness, and his father died by suicide when Longman was just nine, growing up in London.

But when the thought of suicide crept into Longman’s own mind, he fought back by speaking out and reading up.

He launched into research for a segment on the heritability of mental illness.

Longman visited researchers at King’s College London, where he learned that some 20 genes are associated with bipolar disorder and 108 are linked to schizophrenia, the disorder from which his father had suffered.

A more recent National Institutes of Health study, conducted on 119 Americans who died by suicide and their family members further confirmed the familial pattern. 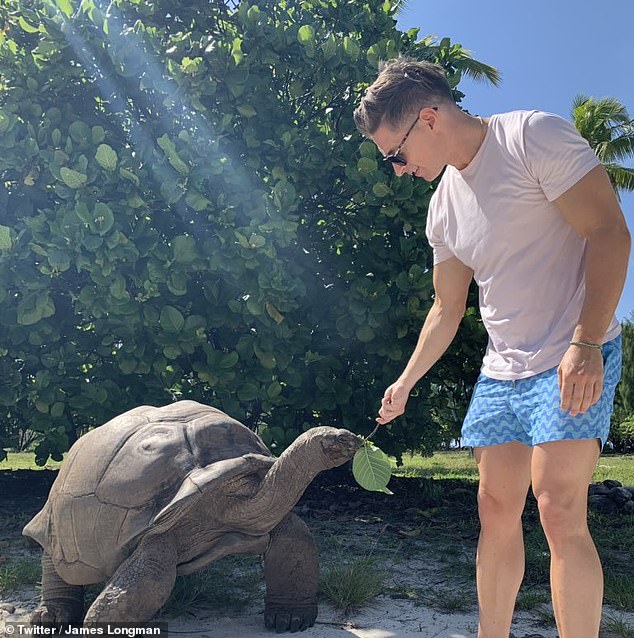 Since things came to a head in his 20s, Longman has found satisfaction in researching suicide risks, and greater peace by opening up to his friends, partner, family and suicide survivors

Suicide and social anxiety ran together in those families, and the link was strongest in those that also shared bipolar disorder.

Akin to social anxiety, both Longman and Dr Ashton have looked into research on the role of guilt in suicide.

‘Rather than getting angry at other people…we get angry and blame ourselves,’ said Longman of those who suffer depression.

Longman is acutely aware of how fortunate he is in many ways, but also of how little that has to do with the way that depression eats at the mind and mood.

‘A lot of people that are high-achievers are really playing with fire that way,’ he said.

‘There’s no reason or rationale [because] depression is an irrational feeling brought on by our own psychology and physiology, so to try to rationalize something that’s not rational is futile.’

Instead, Longman reaches out to his friends and to his long-term partner, Alex, and bonds with others that suffer depression and suicidal thoughts to try to see if his ‘nurture’ can overcome his ‘nature’ – the suicidality that may run in his genes.

‘I try to talk to people who are trying to find ways to get out of their darkness without medication.’

His answer is talking.

‘It doesn’t even matter what the thing is you’re saying, the act of talking itself is the [pressure release] valve.’