Q&A guest takes a massive X-rated swipe at Scott Morrison over his ministerial power grab – but did he go too far?

A controversial British author compared Scott Morrison to herpes because ‘just when you think it’s gone away, it comes back worse than ever’.

Johann Hari appeared on Thursday’s episode of ABC’s Q&A panel and was asked about the former Prime Minister’s secret appointment to five ministerial roles during the Covid pandemic.

‘Well, Scott Morrison seems a bit to me like herpes,’ Mr Hari said to shock of the live TV audience.

‘Just when you think it’s gone away, it comes back worse than ever.’

Herpes is a sexually transmitted disease known for causing sores.

British self-improvement author Johann Hari (above) compared former prime minister Scott Morrison to herpes because ‘just when you think it’s gone away, it comes back worse than ever’

Did the British author’s insult go too far?

Mr Hari is the author of several self-improvement books that focus on concentration, depression and addiction.

He was also a journalist for The Huffington Post and The Independent before he was dismissed for plagiarism and negatively editing his critics’ Wikipedia pages.

‘She said to them the last thing you want to do as a German Chancellor, with our history, is suspend anyone’s democratic freedoms, so I am going to be 100 per cent transparent with you every step of the way about what I’m doing.

‘There’s a line she said that I thought so much about in relation to Morrison, she said: “This is what democracy means, we make political decisions transparently and we explain them”.

‘Australians deserve more Merkel and less Morrison in my view.’ 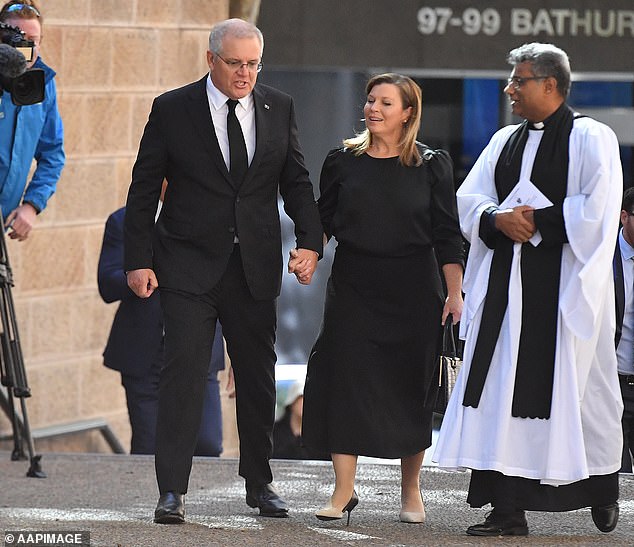 A quick show-by-hand survey of the audience found that almost no one had faith in Australian politicians.

From March 14, 2020, to May 6, 2021, Mr Morrison with the help of Governor-General David Hurley and the then Attorney General Christian Porter, swore himself in for five ministerial roles.

All of these jobs were already filled but Mr Morrison acted as a second-in-command.

In an intense press conference on Wednesday, Mr Morrison defended his actions by arguing Australians couldn’t understand his position as Prime Minister.

Mr Albanese responded to the defence later that afternoon by blasting Mr Morrison’s actions and demanding an apology. 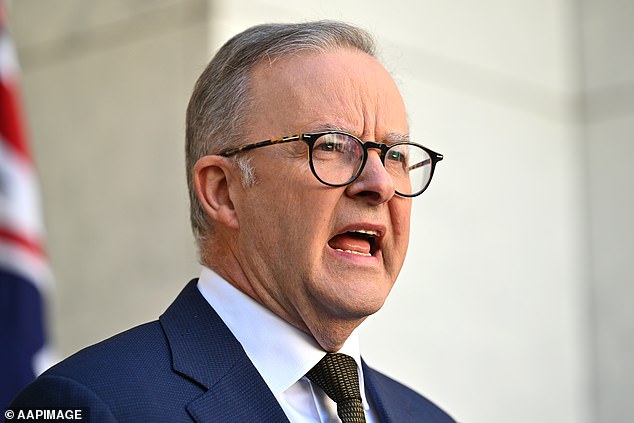 ‘Scott Morrison was evasive, he was defensive, he was passive aggressive, and of course he was self-serving,’ he said.

Mr Morrison said he only used his secret powers once in December 2021 to block a gas exploration project off the NSW Central Coast.

‘Had I been in the situation where those powers had to be used, then I believe that was the time to have that conversation [with the ministers] because that’s when the powers would be enacted,’ he said.

‘The powers were established as an emergency power.’