A young Indigenous activist insists she kneed a police officer in the groin in an attempt to ‘deescalate’ her arrest.

Leilani Clarke was caught stealing a butter chicken curry from a 7-Eleven store in Marrickville, in Sydney’s inner west, on June 26.

Talking to KIIS FM’s Kyle and Jackie O on Thursday morning, the 20-year-old admitted she doesn’t recall most of her offending because she was drunk at the time.

Clarke faced court over her charges on November 2nd, after pleading guilty to assaulting a police officer for the fourth time this year. 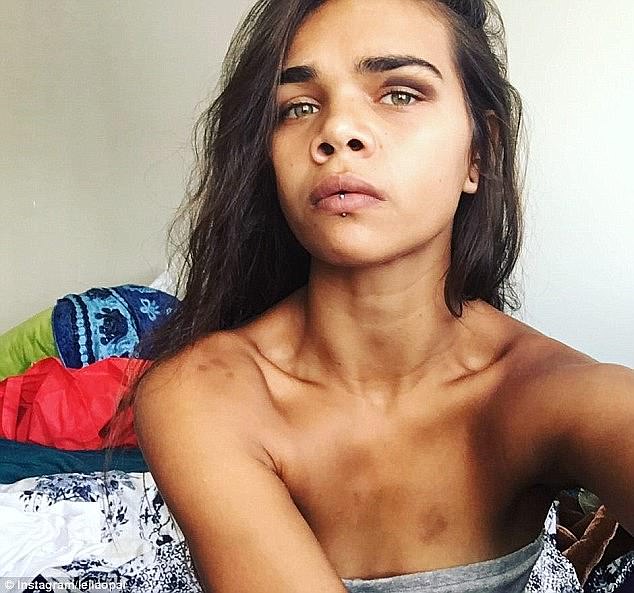 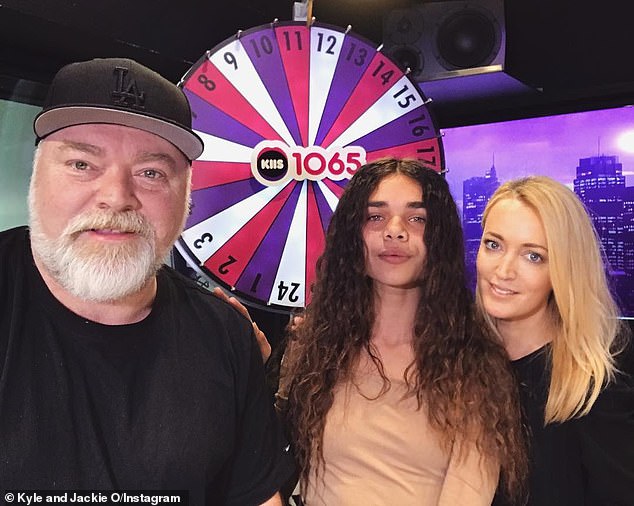 Talking to KIIS FM’s Kyle and Jackie O, the 20-year-old admitted that she doesn’t recall most of her offending due to alcohol (pictured together)

The environmentalist walked free following the assault, with the magistrate describing her as a ‘wonderful’ young person with a bright future.

The 20-year-old was put on a 10-month good behaviour bond without a recorded conviction.

Clarke explained that on the night of the incident, both her and her cousin had been drinking before entering the 7-Eleven store.

‘I actually de-esculated that situation, but my cousin punched the store owner after supposedly we were trying to steal butter chicken,’ Clarke said.

When police arrived to the store and arrested the pair, Clarke said an officer ‘unnecessarily’ took her away from her group and into an alleyway.

She said she had to remove her jewellery before getting into the police car, but the officer forcefully took it off her.

‘He was clearly trying to antagonise me and stuff and i’m asking him politely to get out of my face and stuff and i must’ve just snapped in the moment. And I will admit that I did revert to aggressiveness,’ the young environmentalist said.

In another run-in with the law in March, Clarke spat at another police officer and assaulted a paramedic who had been trying to take her to hospital. 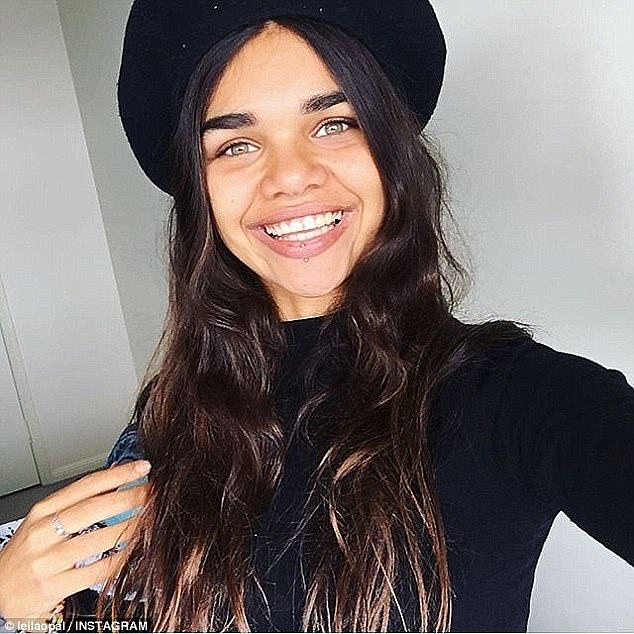 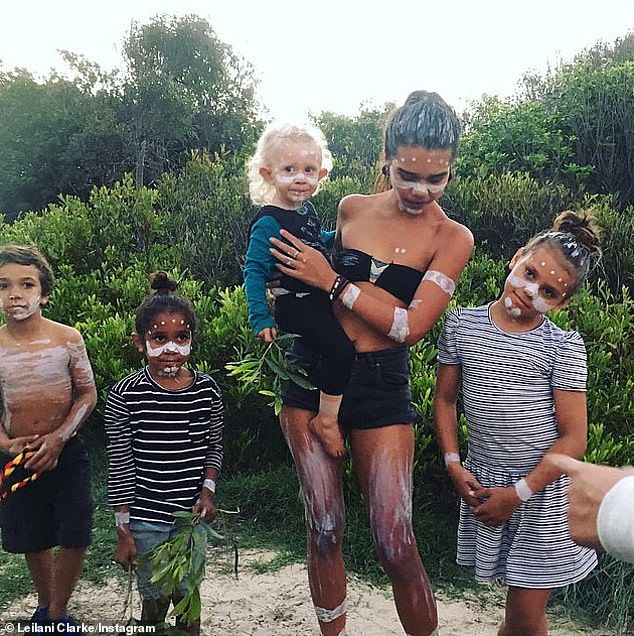 Clarke (pictured) explained that on the night of the incident, both her and her cousin had been drinking

January 27: Clarke was arrested for spitting on security and assaulting police. She pleaded guilty in Hervey Bay Magistrates Court and was fined $1,200.

March 18: Arrested for assaulting a police officer and spitting at a paramedic.

May 30: Pleaded guilty to charges of assaulting police in the execution of their duty and common assault.

June 26: Clarke was arrested for kneeing a police officer in the groin.

June 28: Clarke spat on a police officer after they attended a domestic disturbance.

Prior to the ambulance arriving, the 20-year-old said she had fallen unconscious on a street after heavily drinking.

She claimed she was cooperative with police when they found her, but has little recollection of what happened.

When the paramedics tried to strap Clarke to the stretcher, she said she began to freak out.

Police said the young woman screamed: ‘F**k you white dogs. I’m smart not dumb. I got three more degrees than you’ll ever have.’

‘I was just drunk and I obviously have learnt my lesson, I’ve had a bit of alcohol education and all that stuff,’ she said on Thursday.

Police last encountered Clarke when they attended reports of a domestic disturbance in Forest Lodge, in the city’s inner-west, in the early hours of June 28.

Clarke said she is aware that alcohol is a defining factor behind her actions, as well as her mental illness, Complex Post Traumatic Stress Disorder (CPTSD).

CPTSD is a psychological disorder thought to occur as a result of repetitive, prolonged trauma involving sustained abuse or abandonment. 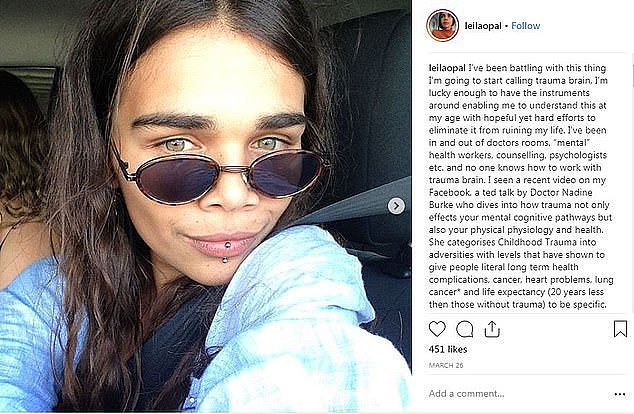 She has previously claimed on her Instagram account that she suffers from ‘transgenerational trauma’ – a type of trauma passed down from a first generation of people to further generations.

Despite this, the young Indigenous activist acknowledges her actions were wrong.

‘I knew I did wrong,’ Clarke told the KIIS FM hosts. 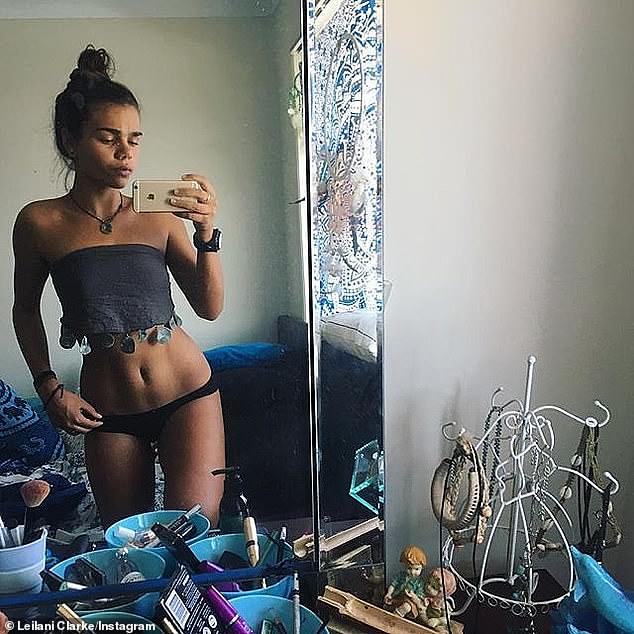