Aboriginal man, 32, is tasered in the FACE and body in shocking footage filmed in Sydney’s posh eastern suburbs after ‘running from police’ who tried to question him over a bag

Distressing footage has emerged of an Aboriginal man being tasered multiple times at close range by police officers following a chase on foot in Sydney’s eastern suburbs.

Shocking footage, which quickly went viral online, captured the dramatic end of the pursuit outside a unit complex in Rose Terrace, Paddington.

The footage shows two officers cornering Lovelock near bushes in the common garden area, where he complies with officers’ orders to get on the ground while a taser is pointed at him.

‘Get the f**k back down on the ground now,’ police can be heard yelling.

He makes little effort to resist arrest and can be heard trying to protest his innocence.

‘I’m not even fighting you. Are you kidding me?’ he said.

Locklock’s girlfriend Sivan Doyale says she had no idea he has been arrested until she came across the confronting footage online, which left her heartbroken.

‘This is how the Australian police treat people! The people we are meant to go to for help! My boyfriend of three years an innocent man and an aboriginal,’ she captioned the footage on Facebook.’ 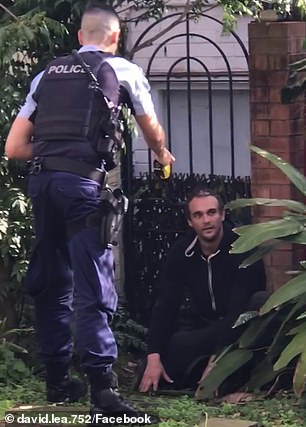 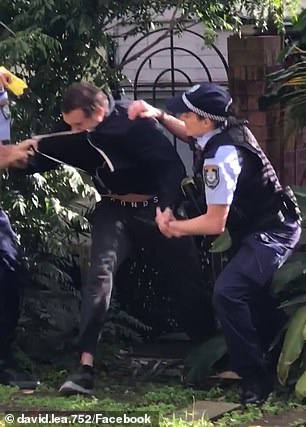 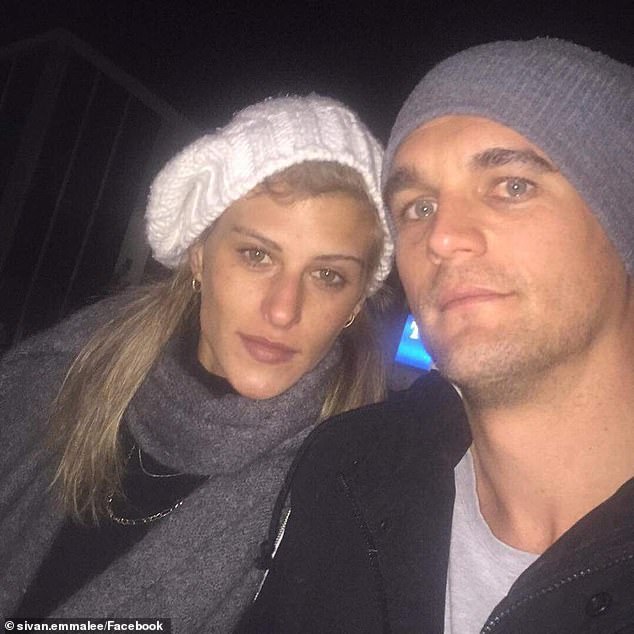 Ms Doyale told Nine News Lovelock ran from police after being stopped for questioning but says he’s done nothing wrong.

‘I hate Australian police now, I feel I can’t trust them at all,’ she said.

‘These are people that are supposed to help us and this is what they do to us.’

NSW Police has released a statement in relation to the incident, claiming he was carrying an allegedly stolen bag when they tried to stop him for questioning. 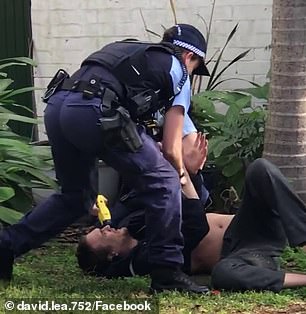 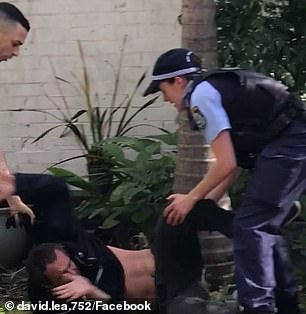 ‘Police commenced a foot pursuit which continued through several streets, including a house in Darlinghurst,’ the statement read.

‘Shortly after, the man was located in a common garden area at the back of units on Rose Terrace, near South Dowling Street.’

‘As police attempted to arrest him, a taser was deployed.’