A woman with multiple personality disorder who was sexually abused by her father for more than a decade testified against her dad in court as six different people.

Jeni Haynes can present as any one of 2500 different personalities in a single day, including four-year-old ‘Symphony’, and an eight-year-old boy named ‘Little Ricky’.

She is believed to have developed the disorder as a ‘sophisticated’ coping mechanism to deal with the sustained abuse she experienced at the hand of her father Richard, now 74, from the ages of four to 16.

From the witness box in the NSW District Court, the 49-year-old testified against her father’s actions and the long-lasting effect it has had on her mental well-being.

The court heard from ‘Symphony’, ‘Little Ricky’, a bike-loving teenager named ‘Muscles’ and a handful of Ms Haynes’ other personalities.

In an interview with 60 Minutes airing on Sunday Night, Ms Haynes admitted she never realised having multiple voices inside her head was considered abnormal.

‘Jenny was born and my father started to abuse her. An alter was created who came to take dad’s abuse so Jenny didn’t have to,’ Ms Haynes previously said. 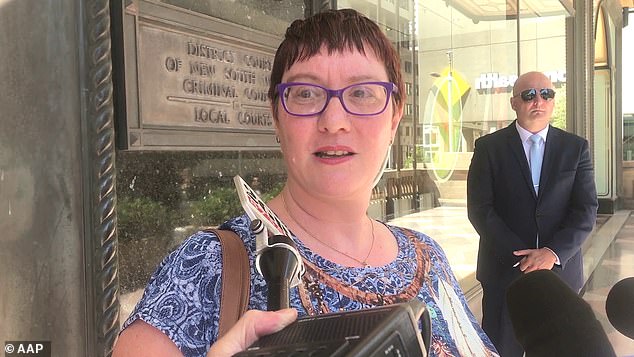 Jeni Haynes expressed her relief to reporters when she left a Sydney court after her father Richard pleaded guilty to 25 counts of rape, buggery and indecent assault

‘Symphony intended to testify in court for the whole thing. When my father raped Jennifer Haynes he raped Symphony. He pleaded guilty because he is scared to death of hearing Symphony testify about everything he did to her.’

Ms Haynes, who now lives in Queensland, said the other egos came along after the abuse became too difficult for Symphony to deal with.

‘It’s not an act of mental illness or playing silly games, pretending to be other people,’ Jeni tells Liz Hayes.

Ms Haynes’ 2500 odd personalities all have their own voices and characteristics.

Earlier this month, Haynes pleaded guilty to 25 counts of rape, buggery and indecent assault at their Sydney home in the 1970s and 1980s.

Ms Haynes, 49, believes that he did so because he ‘was afraid’ of one of her alter-egos – of which Symphony was the most significant. 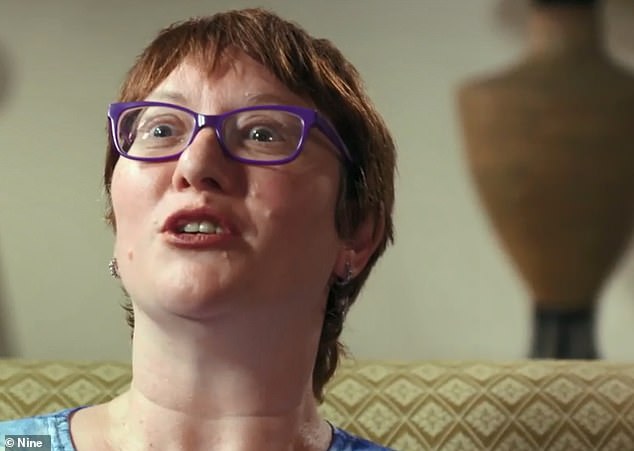 Ms Haynes, who now lives in Queensland, said the other egos came along after the abuse became too difficult for Symphony to deal with

He was extradited from the United Kingdom in February 2017 to face multiple counts of sexual abuse against his daughter at the heir homes in Dulwich HIll and Greenacre.

The case was one of the worst cases of child sex abuse ever documented in Australia.

Outside court, a relieved Ms Haynes told reporters she was stunned but thrilled her father had ‘owned up’ to what he’d done.

‘The guilty plea is my father admitting everything he did and I could not be happier,’ she said.

Ms Haynes said she wanted her father to face her in court because he’d previously thought of her as ‘not real’.

‘I am a blow-up doll … and today he had to face the blow-up doll and I hope he enjoyed every minute of it,’ she said.

Ms Haynes urged other child victims to come forward and issued a warning to their abusers.

‘We will tell and we will put you in a courtroom … and you will go to jail.’

The judge had previously made an order allowing Ms Haynes to be identified after she indicated her consent.

The allegations were so serious that the case was a judge-only trial because it was feared a jury could be left psychologically traumatised.

Haynes will be sentenced on May 31.