An abusive boyfriend who slashed his girlfriend across the hand while she was eight months pregnant with their second child has avoided jail.

Wayne Murphy, 34, from Warrington, cut Danielle Metcalfe, 24, from Wigan, with a broken mug, causing her thumb to ‘pour with blood’.

She was trying to stop Murphy from self-harming with the shard during a violent fight in September last year.

She gave birth to their daughter three weeks later but when she got home from hospital he attacked her three more times.

The Open University history student said Murphy’s violent rages left her feeling ‘like a prisoner in her own body.’

Wayne Murphy, 34, from Warrington, cut Danielle Metcalfe, 24, (pictured) from Wigan, with a broken mug, causing her thumb to ‘pour with blood’ 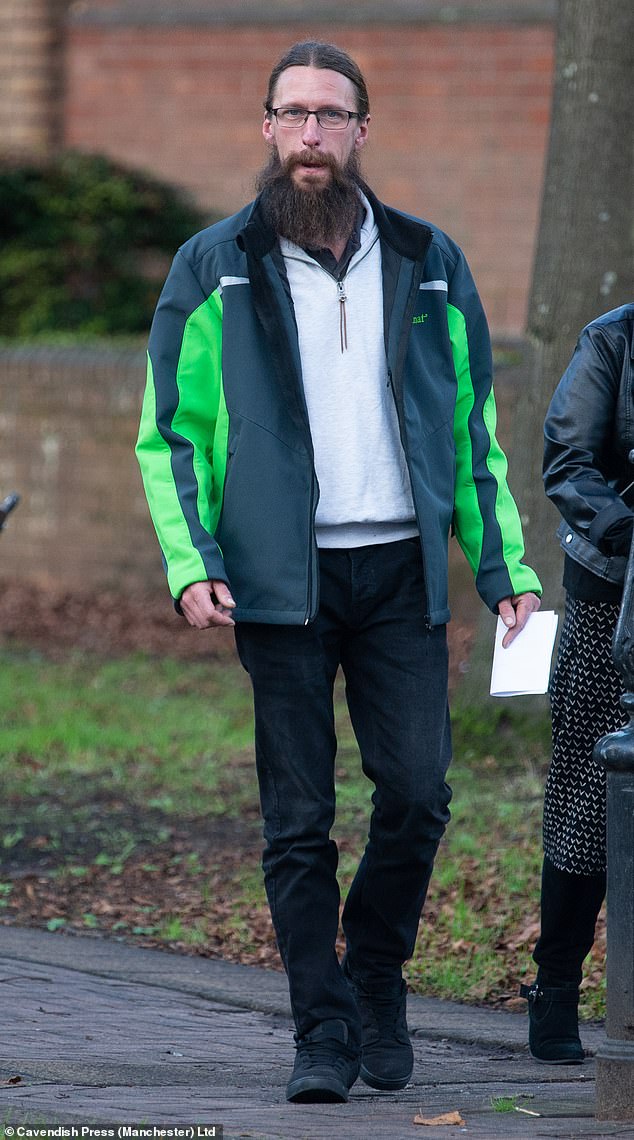 Miss Metcalfe said: ‘Wayne and caused me and my family unimaginable hurt.

‘I now struggle to sleep, have been in a dark place mentally and I feel like a prisoner in my own body.

I felt like all of my choices were taken away from her because of how he controlled my life.

I had always been an optimist when it came to romantic relationships but my experience with Wayne has changed my mind forever.’

Murphy, who worked for a landscaping company, later claimed he attacked his girlfriend since he ‘cannot control his emotions.’

After she gave birth to their daughter, Murphy attacked her three more times in front of their five-year-old boy and baby girl.

He tried to strangle her, hit her face and put his knee on her neck, which left her unable to breathe. 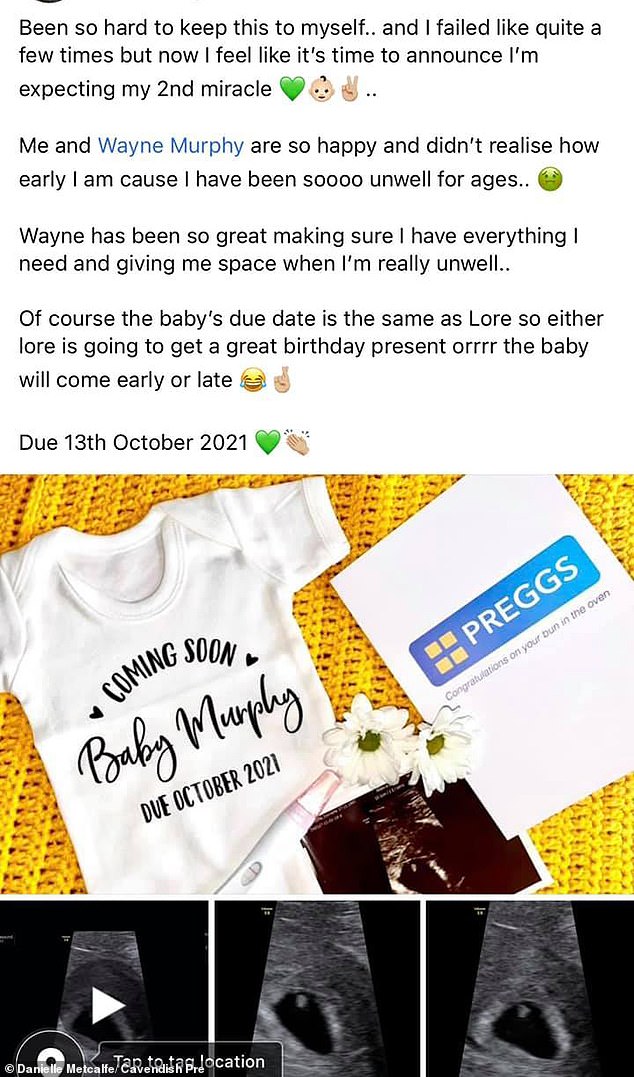 Miss Metcalfe’s ordeal began after she had posted a gushing message on Facebook announcing she was pregnant with Murphy’s child and uploading pictures of baby scans and a babygrow featuring the message: ‘Coming soon – Baby Murphy. Due October 2021’ 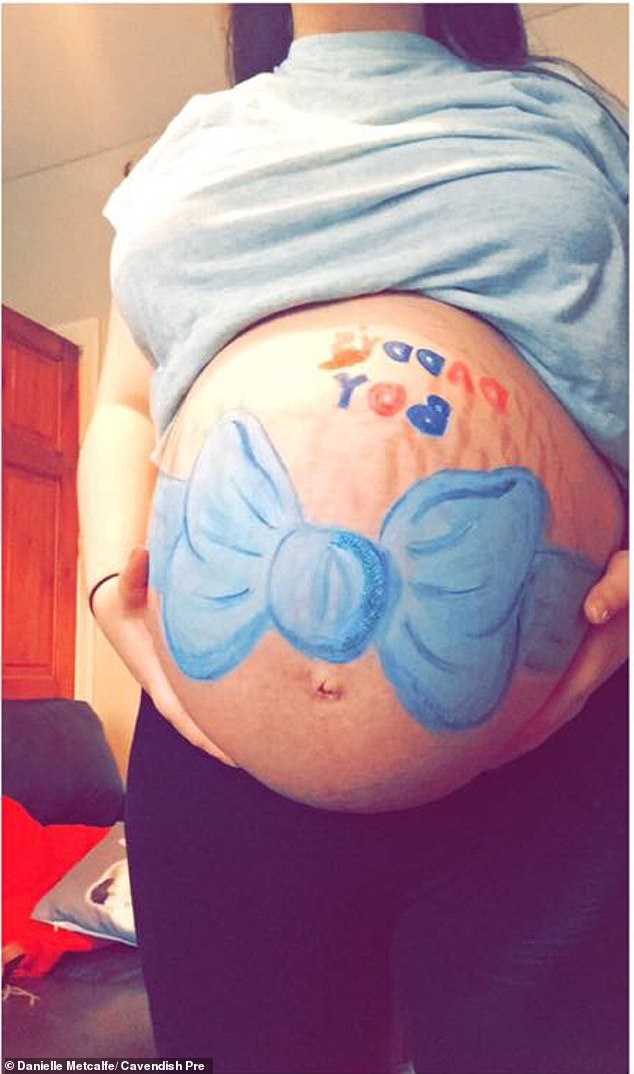 In her message she said: ‘Me and Wayne are so happy. He has been great at making sure I have everything I need and giving me space when I’m really unwell’ 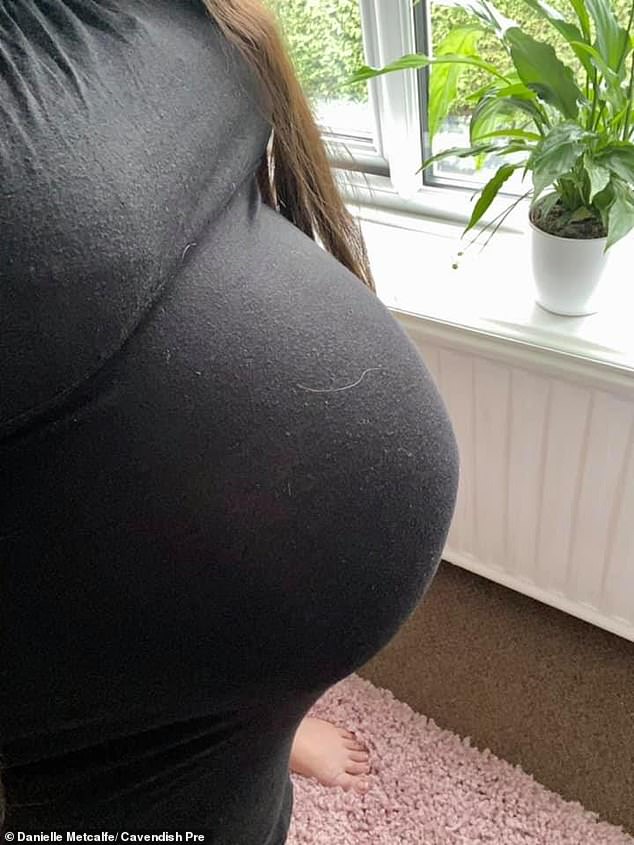 However, he was spared jail and given a year’s sentence suspended for 18 months.

Murphy was banned from contacting Miss Metcalfe for three years under the terms of a restraining order and must complete 20 rehabilitation activity days, a Building Better Relationships programme and 120 hours of unpaid work.

Miss Metcalfe has since moved in with her mother in Wigan.

Prosecutor Edward Rattigan described the second attack. He said: ‘The defendant grabbed his keys to leave the house during another argument but the complainant tried to take them off him.

‘The couple ended up on the floor after the defendant “took her down” before he put his knee to her neck.

‘She was unable to breathe and he had twisted her arm behind her back. In another incident he also hit her in the face which cut her lip.’

The court heard the final assault occurred last March when the couple were rowing about switching the lights off at night. 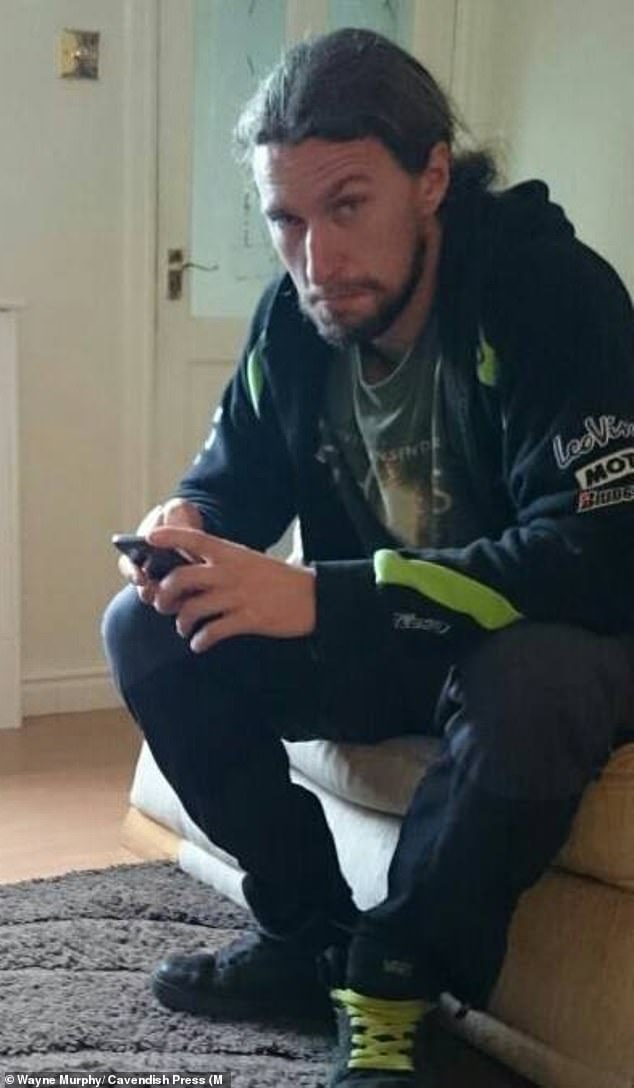 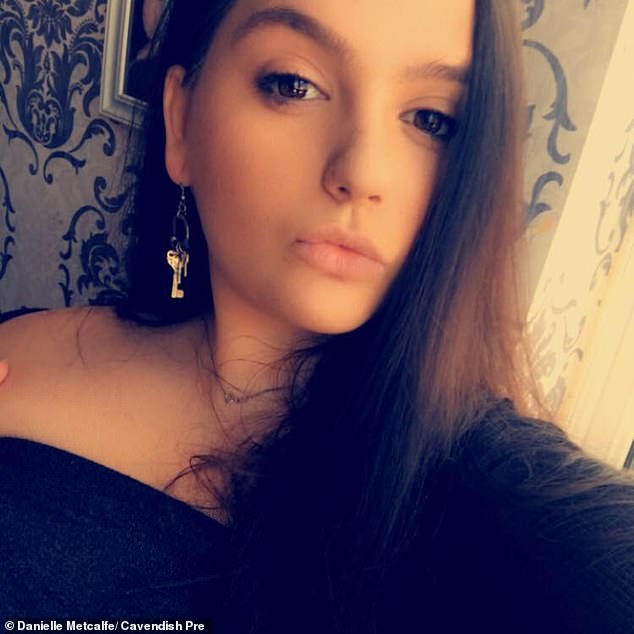 However, he was spared jail and given a year’s sentence suspended for 18 months and banned from contacting Miss Metcalfe for three years 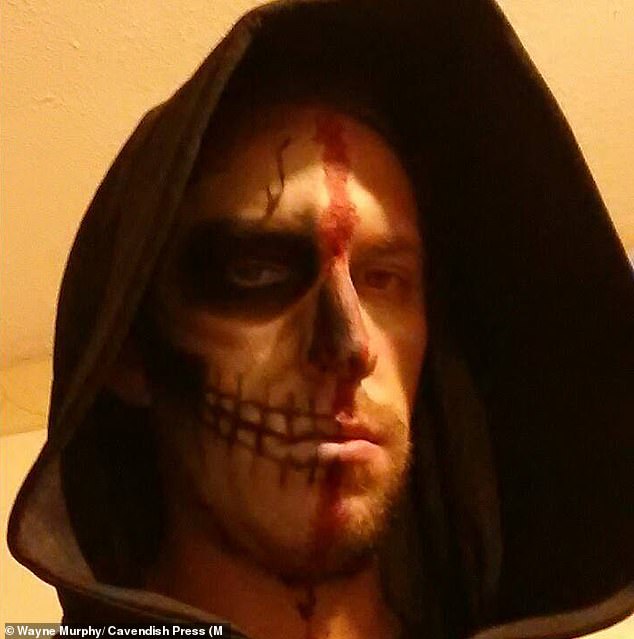 Murphy’s defence lawyer said: ‘These are not intentional acts of violence on the victim, they are impulsive’. Pictured: Wayne Murphy

When quizzed Murphy, who has no previous convictions, said: ‘Following an argument that has taken place in the early hours of the morning, I have accidentally hit Danielle as I’m taking the bed covers off.

‘The argument continued as I am trying to get a key to leave the house and I accept recklessly causing a scratch to Danielle’s forearm with a key.’

Defence lawyer Jim Edwards said: ‘This man has never been in trouble before, has no previous convictions and has no experience of the criminal justice system.

‘These are not intentional acts of violence on the victim, they are impulsive.

‘He has now not seen his daughter since March of this year, you can imagine how hard that has been for him.’

‘At the time emotions were running high. He cannot control his emotions properly in a toxic situation. He has been suffering from mental health issues and is taking medication. He is now in a much better place than he was before.’

In sentencing, JP Ian Williams said: ‘This matter involves four serious charges. It was over a sustained period and it was against the same victim.’

‘This was in her own home, and more worryingly, this happened while the victim was heavily pregnant and on other occasions when the children were in the house.

‘We found the victim impact statement very moving and difficult to listen to. This has clearly had a long-term effect on the victim.’