AC Milan secure transfer of Lille goalkeeper Mike Maignan on a five-year deal as replacement for the outgoing Gianluigi Donnarumma who is set to leave the San Siro on a free transfer amid interest from Chelsea, Juventus and Manchester United

AC Milan have snapped up Lille goalkeeper Mike Maignan as a replacement for the outgoing Gianluigi Donnarumma, who will leave the Rossoneri on a free transfer.

Maignan moves to last year’s Serie A runners-up having just won the Ligue 1 title in France, with Lille pipping PSG to the top-flight title on the final day of the season.

The 25-year-old is widely expected to take up the number one position soon to be left by Donnarumma – whose contract with Milan expires at the end of June. 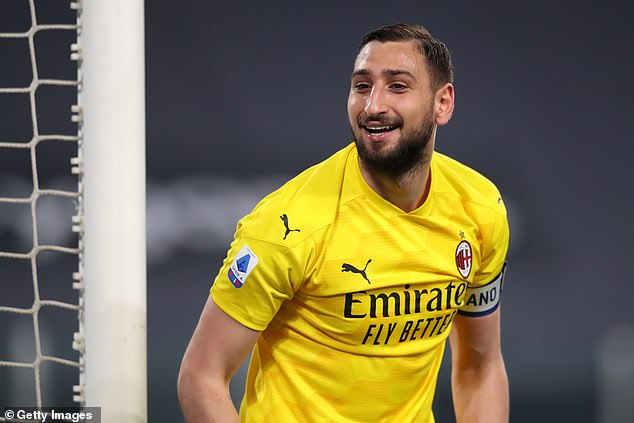 The Italian shot stopper, who made his debut for the San Siro club at the age of 16, has been strongly linked with moves to Juventus, Chelsea and Manchester United this summer.

Milan sporting director Paolo Maldini confirmed Donnarumma will be departing this summer, with the 22-year-old’s exit very ‘difficult to accept’.

Maldini said this week: ‘Gigio was a leader and often the captain. People sometimes don’t realise what it means to be a professional, it means you must be ready to change club. 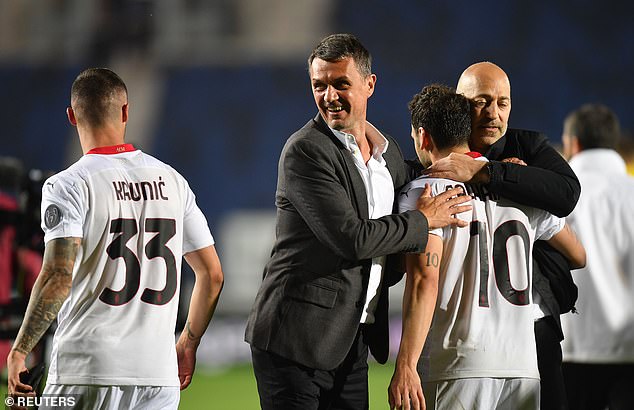 ‘It’s difficult to accept, I realise, but it’s also increasingly difficult to see a career in one team. We must respect those who gave so much to Milan and remember Donnarumma did not lack respect for us.

‘It can happen that at times you have to take different paths. I can only wish him the best.’

Maignan will contest for the Milan number one jersey as the Rossoneri compete in the Champions League for the first time since the 2013-14 campaign.

Stefano Pioli’s side finished as Serie A runners-up, but led the Scudetto race up until the start of February and only finished inside the top-four on the final day of the league season. 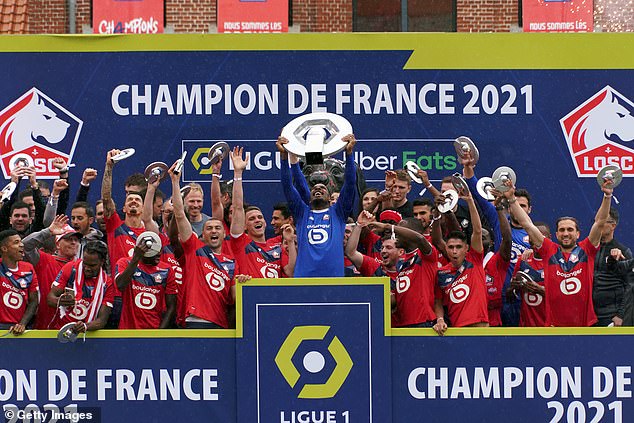 This season, Maignan (middle) helped Lille secure a shock Ligue 1 title which he lifted in May

The French goalkeeper started his career at PSG but never made a professional appearance for the first-team. He joined Lille for £1million in the summer of 2015 and made 180 appearances for the club.

He was named as the Ligue 1 Goalkeeper for the Year for the 2018-19 season and helped lift the Ligue 1 title earlier this month.

Maignan, who has been capped once by France having played in every single youth international level for Les Bleus, has signed a five-year deal at the San Siro.