An accused bikie murderer and aspiring boxing star has made a last-ditch attempt to be allowed home detention in the hopes of competing at the Tokyo Olympics.

Musa Ali Alzuain, 28, is one of seven affiliated with the Hells Angels bikie gang charged with the alleged 2012 murder of spray painter Jason De leso and was denied bail last week.

An Adelaide magistrate ruled his status as an organised crime suspect meant he could not be bailed for six months, despite Alzuain’s laywer’s plea to allow his client to chase his boxing dream.

Alzuain has now launched a bail review application with the Supreme Court which if successful would grant him home detention, according to the Adelaide Advertiser.

The application argues the magistrate Elizabeth Sheppard was incorrect in classifying the sporting hopeful as an organised and serious crime suspect.

A second contention in the application is that she was wrong to find the accused’s extenuating circumstances were not laid out.

An Adelaide magistrate ruled his status as an organised crime suspect meant he could not be bailed for six months, despite his barrister’s plea to allow Alzuain (right) to chase his boxing dream

He may also face another barrier in his pursuit of his Olympic dream, as the Australian Olympic Team Membership does not allow those charged with violent crimes to compete.

‘As a member of the team I shall … not at any time be convicted of, or charged with any serious offence involving violence,’ the ‘My Obligations’ section of the 2016 agreement reads.

He would also need to attend two tournaments in China and France ahead of next year’s summer games to be eligible to fight under the Australian flag.

Alzuain’s brothers Mohamed, also 28, and Husain, 31, are among those also charged with the alleged murder of Mr De Ieso, who was gunned down at his Pooraka workshop in Adelaide’s north almost seven years ago. 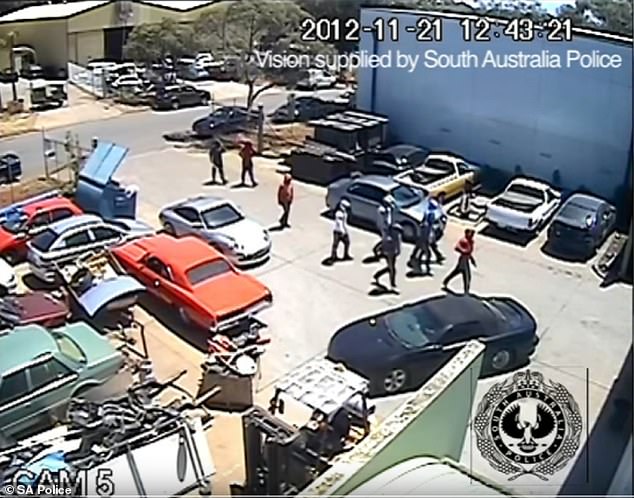 The CCTV footage shows the suspects striding to the front door before shots are allegedly fired and the men run from the scene.

At the time, the family of Mr De Ieso, who did not belong to any bikie gang, also made a plea for public help. 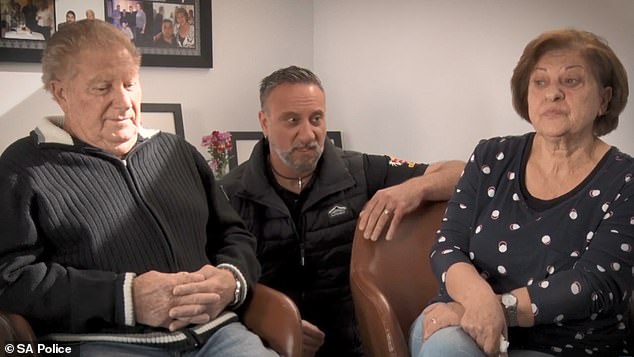 At the time of his death, the family of Mr De Ieso (picture), who did not belong to any bikie gang, also made a plea for public help