A man has been arrested after he was caught allegedly importing almost $100 million worth of methylamphetamine from Central America into Sydney hidden inside machinery.

The consignment was declared as being large machinery but was found to contain 130 kilograms of ice, detectives say.

Police arrested a 26-year-old man at a Yagoona home in Sydney’s southwest on Thursday morning after searching the house and an industrial unit in nearby Condell Park.

Footage of the seized meth shows a huge amount of bags being wheeled along in a trolley before they were spread out on the floor to be counted. 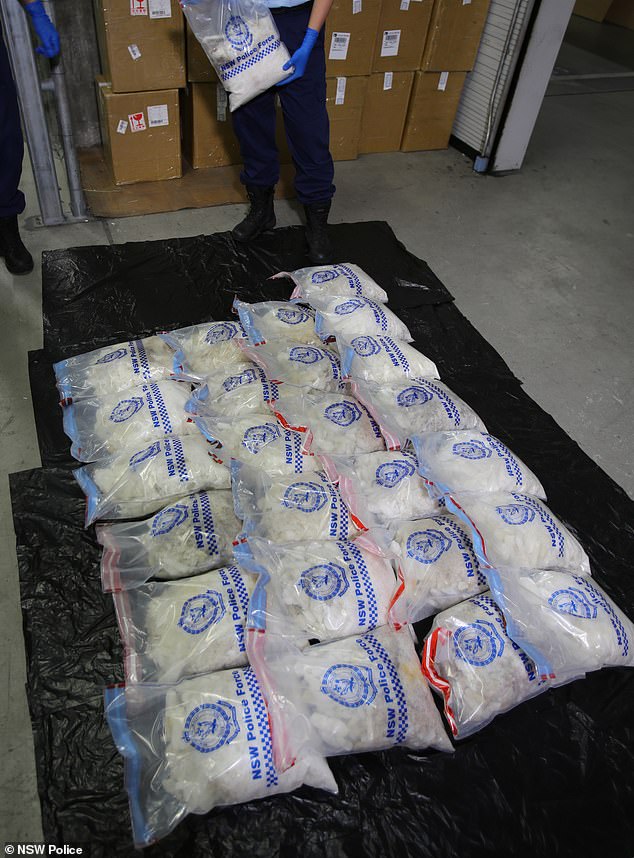