Bristling with ballistic armour and 360 degree cameras, see the extraordinary $930,000 military truck accused billionaire drug lord known as ‘Asia’s El Chapo’ is being ferried around in as he faces court in Melbourne

Police are taking no chances with the alleged global meth baron extradited to Melbourne, escorting him between court and jail in a military-grade wagon that looks right out of a Mad Max film.

Canadian man Tse Chi Lop, charged after a decade-long investigation into organised crime syndicate known as The Company, is seen as one of the most significant arrests in Australian Federal Police history.

The 59-year-old faced Melbourne Magistrates Court on Thursday, arriving in the heavily-armoured $930,000 Mack carrier that the Victorian government had built to carry its most dangerous prisoners.

Accused Tse Chi Lop faced Melbourne Magistrates Court on Thursday, arriving in the heavily-armoured $930,000 Mack carrier that the Victorian government had built to carry its most dangerous prisoners 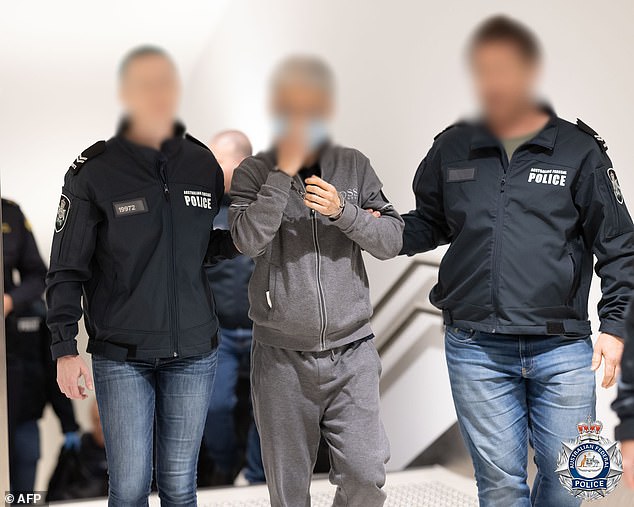 The 59-year-old Tse Chi Lop (pictured) is alleged to be the head of Asia’s massive Sam Gor cartel. He appeared in court in Melbourne on Thursday

Police allege Tse Chi Lop was part of a conspiracy to traffic methamphetamine, or derivatives of the drug, totalling 20kg between March 2012 and March 2013.

He did not apply for bail and was escorted from court to jail in an armoured police vehicle. 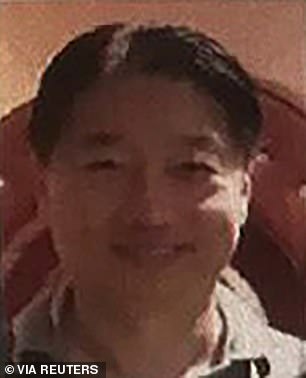 The maximum penalty for conspiring to traffic commercial quantities of controlled drugs is life in prison.

The drugs have a street value of up to $4.4 million and were split up into separate quantities, police allege.

Tse was arrested at Amsterdam’s Schiphol Airport on January 22 last year by Dutch officers after the AFP requested an Interpol ‘red notice’ for his provisional arrest.

He was extradited to Australia from the Netherlands on Thursday.

AFP Assistant Commissioner Krissy Barrett described the arrest as ‘extremely significant’ not only for the force but for the Australian community. 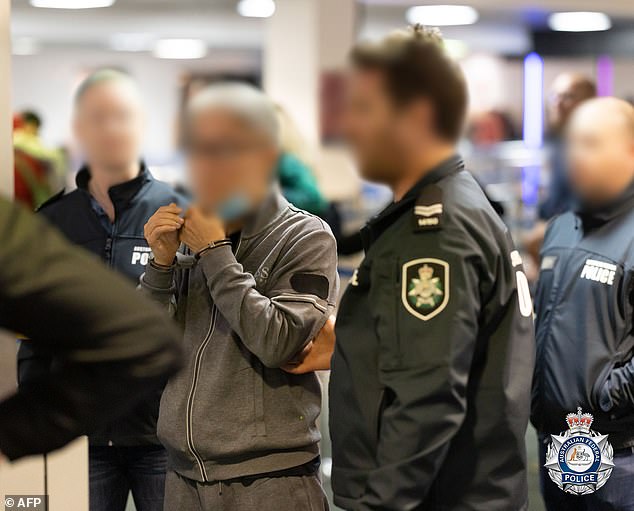 ‘It would be one of the most significant arrests in the history of the (force),’ she told reporters.

It’s alleged the 66-year-old is Tse’s co-offender and the pair conspired with junior Australian-based members to transport drugs between Sydney and Melbourne.

Eight others have been arrested over the matter but Ms Barrett said it would be ‘foolish’ to think the entire operation had been shut down. 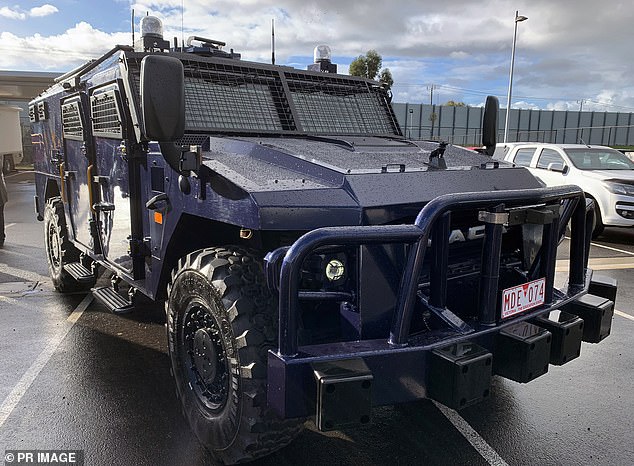 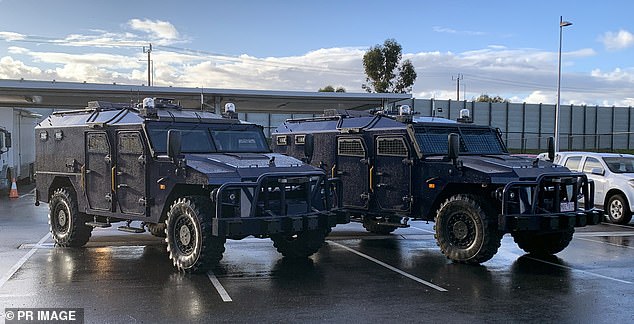 Victorian’s military-grade ‘paddy wagons’, costing $930,000 each and fitted with bull bars and flashing lights, were unveiled in 2019

She said Tse’s arrest was particularly significant because alleged senior members of syndicates were typically ‘hands off’ in their business dealings.

It’s alleged the syndicate paid for the drugs by posing as an Australian casino, illegally using its name on a bank account.

‘It’s a huge part of their business model, it’s not just getting the drugs into the country, it’s then being able to recycle the proceeds from those drugs so that they can reinvest in future ventures.’