Acid attack victim reveals attacker was jealous of her

Naomi Oni was left with horrific burns after she was attacked with acid by friend Mary Konye who she had known from school. She is pictured on This Morning in 2014

A woman who was scarred for life after having acid thrown in her face by a friend has spoken out for the first time about being ‘betrayed’.

Naomi Oni suffered horrific burns and was nearly blinded by the attack when she was ambushed by a jealous friend as she stepped off a bus, just after Christmas in 2012.

The 25-year-old was attacked by Mary Konye — who disguised herself by wearing an Islamic niqab and followed her home from Westfield shopping centre, in Stratford, East London.

Now, five years on since horrific attack, courageous Ms Oni has spoken out for the first time of how it changed her life forever.

A new BBC3 documentary on acid attacks has revealed Konye sent sympathetic messages with Ms Oni immediately after the attack while police were still hunting the perpetrator.

She even attended a birthday party for the victim.

‘I thought she was my friend and I couldn’t understand why she did what she did,’ Ms Oni tells the programme. 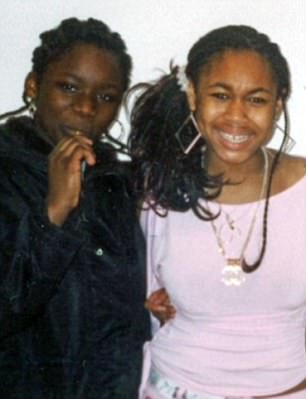 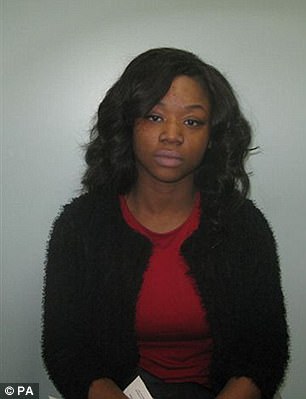 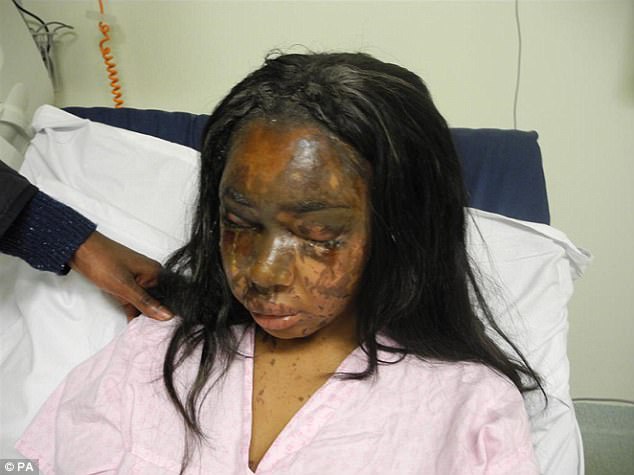 Ms Oni was so badly burned that she had to have facial reconstruction surgery twice. Doctors used skin from her leg to reconstruct her face and skin from behind her ear to recreate her eyelids

‘To be betrayed – for someone to lead you to your own destruction – I was heartbroken.’

It comes amid a spate of acid attacks in the capital.

On Wednesday, a 26-year-old woman suffered life-changing burns to her face and leg when she was sprayed with acid while walking in East London.

No arrests have been made and the Metropolitan Police are reviewing CCTV images.

Ms Oni was so badly burned that she had to have facial reconstruction surgery twice.

Doctors had to use skin from her thighs to rebuild her face as well as skin from behind her ears to create new eyelids. 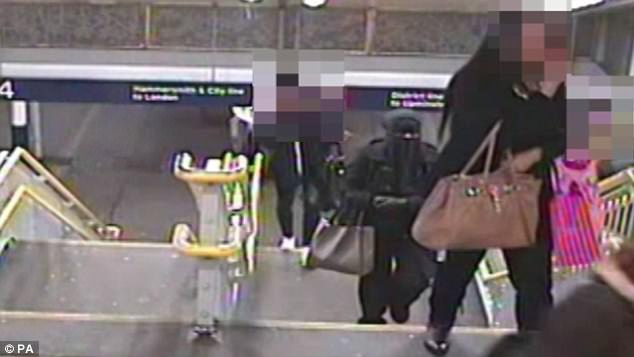 Speaking of the attack, she said: ‘I looked to the side of me and I remember seeing someone in just black and the person’s face being covered.

‘There was a very cold stare and I remember thinking, “Whoah, OK, just cross the road and go to your house”.

‘Before I knew it I felt a huge splash and I immediately screamed. 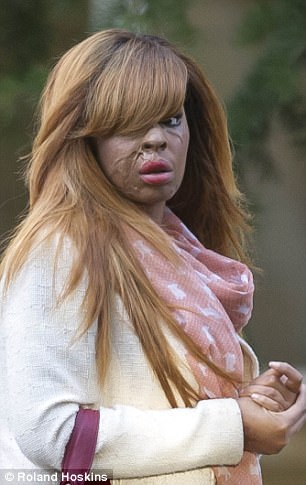 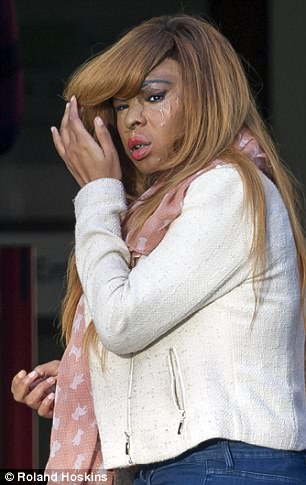 A new BBC Three documentary, Acid Attack: My Story, reveals how Ms Oni feared her skin was ‘dissolving’ and she would ‘just corrode away’. She is pictured outside Snaresbrook Crown Court in 2014 during her attacker’s trial

The door was opened by Ms Oni’s horrified mother, who froze with shock.

She added: ‘I thought my skin was dissolving like I was going to – I don’t know – just corrode away.’

Konye was eventually jailed for 12 years for the horrific attack, after police reviewed CCTV footage showed a woman in a niqab following Ms Oni.

She had known her attacker since school and believes she may have carried out the assault out of jealousy over her fair-skinned complexion — which can be regarded as more beautiful in some African and Asian cultures.

‘I don’t think it’s true but that was probably a big thing for her,’ Ms Oni added.