A man who was blinded and badly disfigured by his ex-girlfriend in a sadistic acid attack has spoken of his joy of being the father of a four month old baby.

Daniel Rotariu, 31, had 96 per cent pure sulphuric acid poured over him by Katy Leong while he slept in their Leicester home in July 2016.

He spent months in hospital and feared that because of his injuries he would be unable to find a new partner or father a child.

Daniel Rotariu was left blinded and permanently disfigured as a result of a sadistic acid attack by his ex-girlfriend. He has now spoken of his joy of finding a new girlfriend, Anna and being the father of a four month old baby 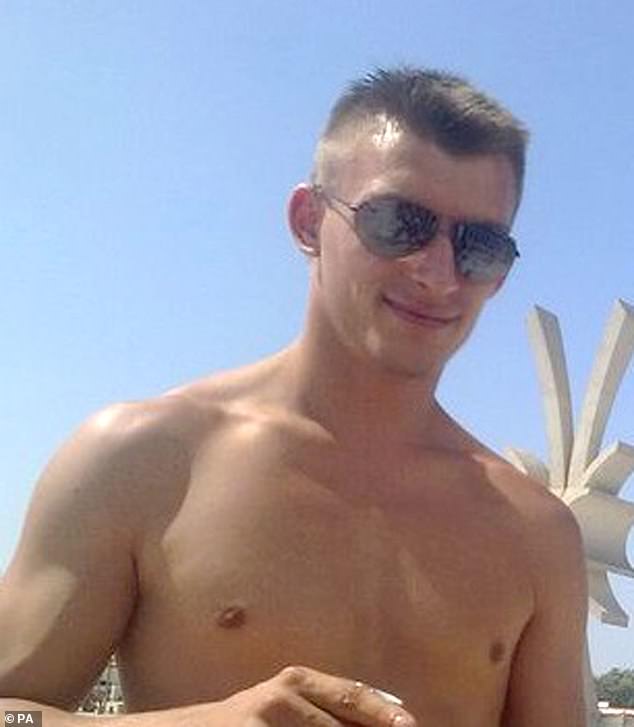 Daniel, pictured before the attack, is learning to get to grips with the daily challenges of fatherhood – including the messy business of nappy changing while helping to plan his marriage 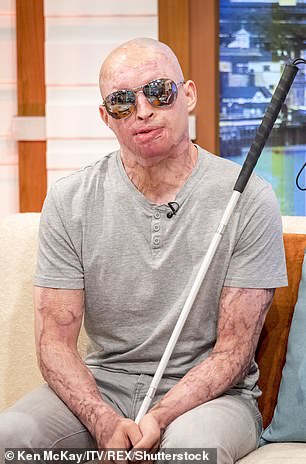 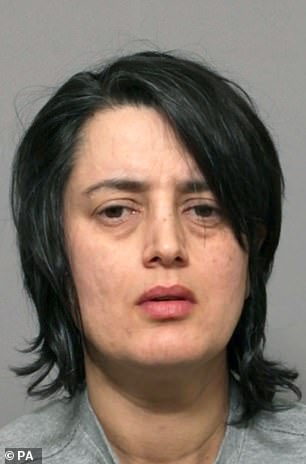 Daniel met Anna after leaving hospital and moving to supported accommodation. His ex Katy Leong (right) was given a life sentence after she was found guilty of attempted murder and was told she would serve at least 17 years

He is still facing enormous hurdles – including further bouts of skin graft surgery and efforts to restore at least some of his sight but Daniel describes himself as ‘very happy’.

In an incredible turn of good fortune, Daniel, who has a six-year-old stepson,  found the love of his life in his former carer, Anna and their son David was born in August.

Daniel said: ‘Two years ago I was in hospital and I spent my birthday with the doctors

and nurses,’ says Daniel, who has just celebrated his 33rd birthday.

‘At that time, because of how I look and my blindness, I never thought

someone would be able to love me and that I would have a family with them.

‘But I am very happy in this moment’.

I have just had my first birthday with my family, and Anna and I are planning our wedding in May next year.

‘We were to get married this year but we had to delay it because David was coming.

‘He is four months old now and he’s a lovely little boy. I am so happy.’

He added he is learning to get to grips with the daily challenges of fatherhood – including the messy business of nappy changing while helping to plan his marriage.

He said: ‘I was discharged from hospital in January 2017. I had been in there a long time.

‘They put me in supported accommodation and Anna was working there as my carer.

‘We’ve been together since February 2017 – just after Valentine’s Day.

‘Because of her job we could not be together, so after we had been together for a couple of months, she quit her job and we moved in together.

‘We are very happy together.’

‘Being blind is difficult.

‘Of course, I can’t do things I did before, and I am dependant on other  people, particularly Anna.

‘I can make a sandwich but I can’t cook because I can’t use the hob yet.

‘But I hope I will learn to overcome that.

‘I’m doing everything I can to be as independent as possible.

‘People ask me how I can do that, and I tell them, ‘I’m fine as long as

Leong was given a life sentence after she was found guilty of attempted murder and was told she would serve at least 17 years.

Daniel and Anna met after he was transferred to supported living accommodation in January 2017 and she was appointed as his carer.

Daniel hopes to sue police over claims they failed to act on information that could have prevented the incident.

Police watchdog the Independent Office of Police Conduct (IOPC) said officers and staff had received reports that Leong was ‘acquiring acid to carry out a premeditated attack on an unnamed third party.’

The IOPC investigation found Leong was not contacted about this allegation.

Mr Rotariu, 33, told the Guardian: ‘They received information that Katie was acquiring acid but they just closed the file and did nothing.

‘I’m living in a prison of darkness. It took away my independence, my ability to work.

‘It took away my sight, I will never see my fiancee and my baby’s face.’ 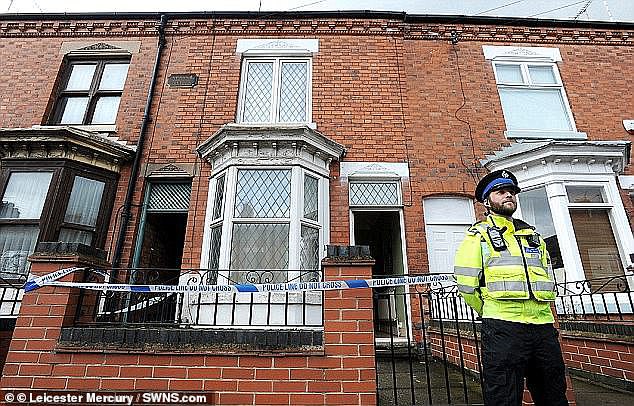 He added that he still visits hospital weekly more than two years after the attack and that he was suing to hold the force to account.

Leicestershire Police told the paper they are aware of the legal proceedings, but declined to comment further.

Leong and her former boyfriend, Mark Cummings, were both accused of attempted murder with Mr Cummings cleared by the jury at Leicester Crown Court in 2017.

The court heard Mr Cummings, then 46, had ordered the acid online – but that the attack was ‘driven and orchestrated’ by Leong who was convicted.

Daniel used to have plans to start his own laptop repair business before the attack but since it happened he has been unable to find work.