Now 86, the widowed and retired hotel owner is almost addicted to the gym. ‘I go to half-hour classes four days a week and I use the running and cycling machines,’ she says. ‘I feel much better for it even though I have asthma. It is also sociable and having the gym just down the corridor and a nice young instructor to help us makes it easier.’

No surprise, then, that retirement developments increasingly are advertising themselves as being dynamic, rather than moribund.

For example, at Bishopstoke Park village in Eastleigh, Hampshire, which has one-bedroom apartments from £345,000, cheerleading has been added to the fitness timetable.

‘With the help of our staff, the ladies coordinated their routine and practised regularly in the activities room in the weeks before the big game between the home team and Eastleigh FC. The Belles performed at half-time, which spurred our players on to win. 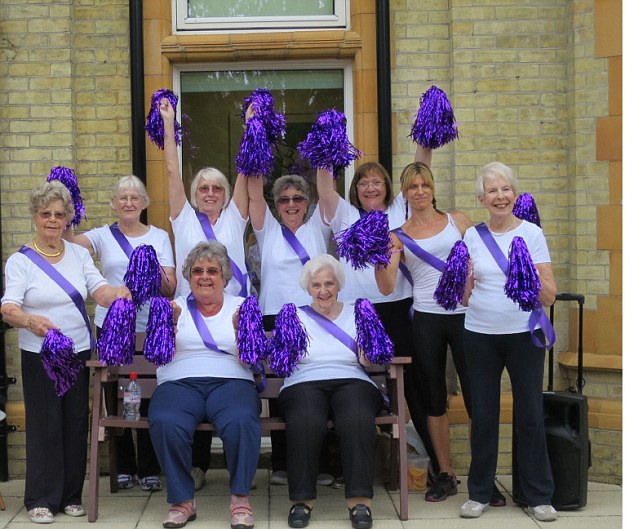 They’ve got spirit: The Bishopstoke Belles group formed ahead of a ‘walking football’ game

‘The ladies are hoping for another match to be scheduled soon once the weather improves.’ Meanwhile, residents from three Churchill Retirement developments in Dorset teamed up and recorded their first single just before Christmas – and at Lifecare Residences’ Grove Place in Hampshire (one-beds from £295,000), owners are learning falconry and archery.

But what about mental fitness? A new study revealed that memory loss accelerates rapidly after retirement. After testing 3,400 retired civil servants, scientists discovered their shortterm recall declined 38 per cent faster than those still working.

The authors, from University College London and King’s College London, concluded that the ‘use it or lose it’ message was vital if retirees wanted to maintain their mental faculties. 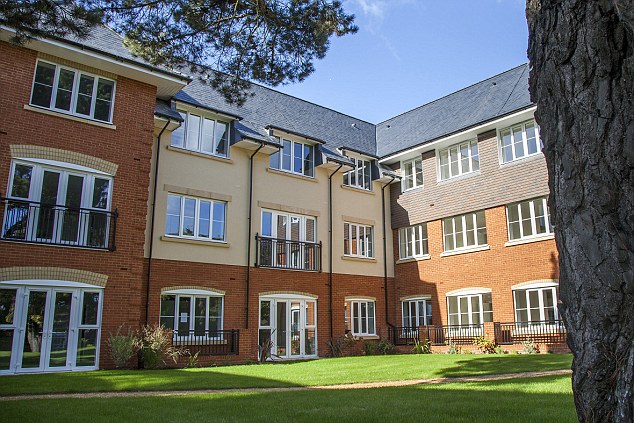 ‘We’re a creative community,’ she says. ‘We host art weeks where our residents exhibit their work. Last year they did a wonderful iPad art piece and this year we’re thinking about a garden sculpture.’ A new addition to Renaissance Villages’ Millbrook’s fitness menu is tai chi, which combines movement with meditation.

‘I think it is the mindfulness aspect of tai chi which makes the difference with other types of exercise and has attracted older people,’ says Angus Clark, who teaches a 90-minute class at the Exeter village once a week. One and two-bedroom properties are priced from £339,950, millbrookvillage.co.uk. 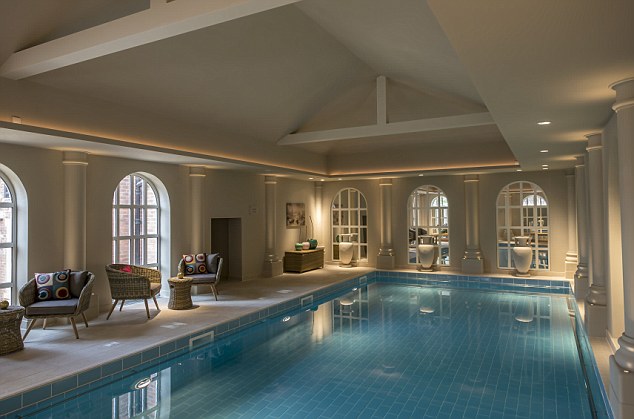 Take the plunge: The pool at Audley St George’s Place in Edgbaston, Birmingham

Tai chi has also been introduced at Pegasus-Life’s Chapelwood development in Wilmslow in Cheshire (one-bedroom flats from £360,450, pegasuslife.co.uk).

‘One lady who suffered a stroke last year has seen such a great improvement in her mobility that she now does tai chi in the swimming pool,’ said communications manager Tajinder Leonard.

‘Being a coastal town, some of our residents are keen to enjoy a wealth of water-based pursuits, including sailing, rowing and even kite-surfing,’ says Lifestyle manager Alison LeClerc.

The sky’s the limit, in other words.