Actor slams The Savoy Hotel over lack of disabled facilities

A television actor has called disabled facilities at luxury London hotel The Savoy a ‘tragedy waiting to happen’.

Con O’Neill, who has appeared in Happy Valley and Cucumber, called out the five-star hotel on Twitter, after taking his elderly mother, who has Alzheimer’s, there for afternoon tea.

The 52-year-old actor said that he was left shocked by the approach of staff and the lack of entrances and exits for disabled guests at the swish property, which has frequently been dubbed London’s ‘greatest hotel’.

Actor Con O’Neill, who has starred in a string of musicals, films and television shows including Happy Valley and Cucumber, wrote about ‘shocking’ disabled facilities at London’s Savoy Hotel after visiting with his mother (Con and his mother above) 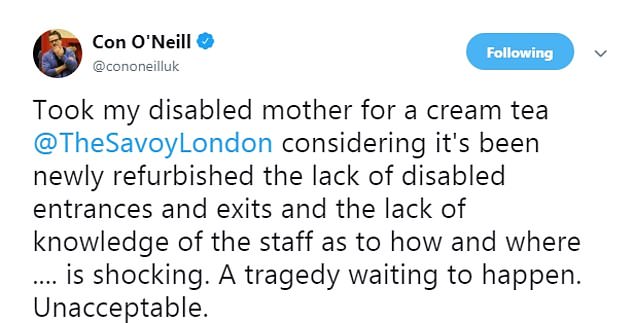 He told his 12,000 followers: ‘Took my disabled mother for a cream tea @TheSavoyLondon considering it’s been newly refurbished the lack of disabled entrances and exits and the lack of knowledge of the staff as to how and where… is shocking.

He finished the tweet saying it was ‘a tragedy waiting to happen. Unacceptable’ before following up with a second tweet saying simply, ‘It’s a disgrace’.

The hotel, who was tagged in the tweet, responded, saying: ‘We completely understand your frustrations and wish to sincerely apologise to you and your mother for the inconvenience that was caused. 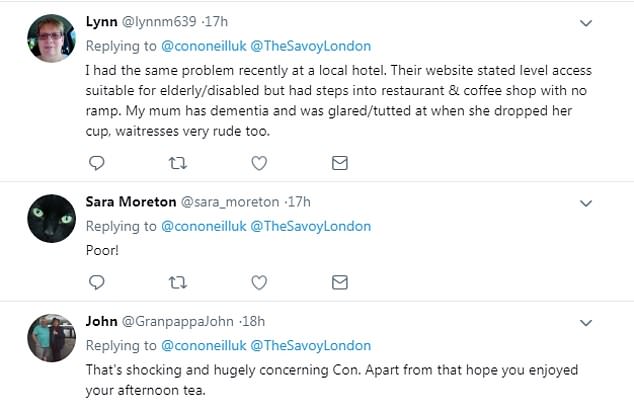 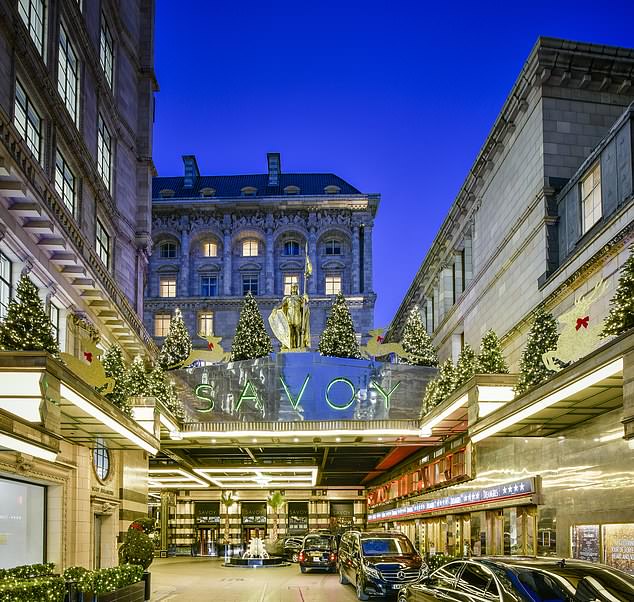 The famous London hotel, which first opened its doors in the late 19th century has apologised profusely to O’Neill on Twitter

A staff member at the historic Thames-side hotel then asked the actor to DM them to discuss the matter further.

@TheMoff67 said: ‘It infuriates me when I go anywhere and there’s not adequate facilities for the disabled. Especially in this situation when the building is new with ample opportunities to ensure that everyone catered for.’

@RaggettJ added: ‘So true but typically the norm. My music 93 afternoon tea pre planned with the venue she had to enter and exit… through the kitchen.’

@familylife1822 penned in support: ‘Terrible, I’ve always thought it’s not people who are disabled but society that makes them!’

@nuttynicjo wrote: ‘That is very sad to here in 2018. Shameful really.’